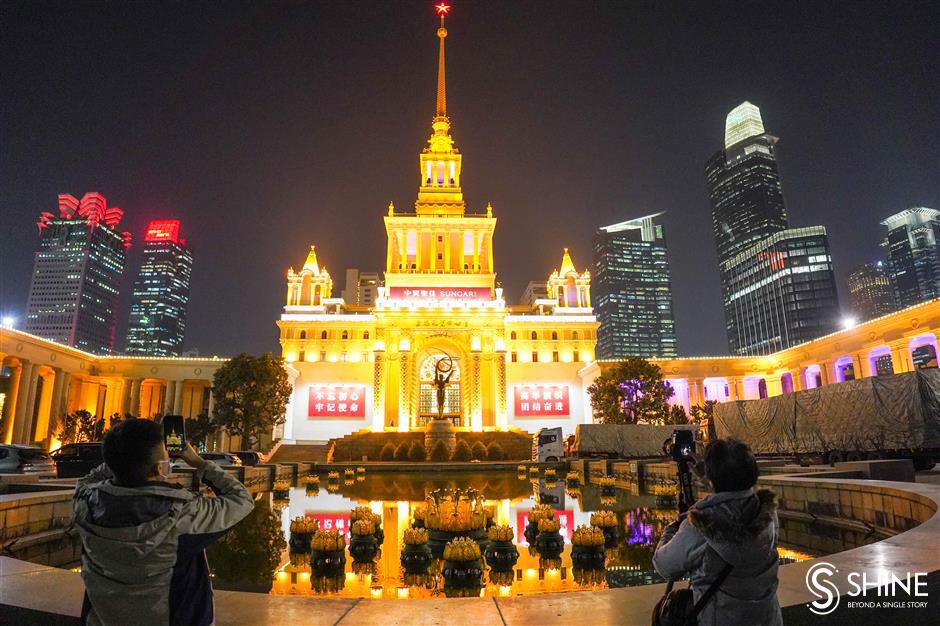 The Shanghai Exhibition Center has always attracted a large number of visitors and photographers.

With the fences of the Shanghai Exhibition Center removed after nearly seven decades, the heritage-listed site is now more accessible to visitors.

The building, an architectural marvel in the heart of the city, is famed for its neoclassical design and draws in admirers of all hues daily.

I visited the site on Monday and was surprised to find a relaxed outdoor space – nearly 65 percent of the total area – seamlessly integrated into the pavements next to it.

People were taking a stroll near the grand fountain or taking selfies in front of the iconic central hall with its steep tower and a huge red star on the top. I spotted unrestrained joy on their faces.

As I walked around, two middle-aged women asked me to take their photos.

"We just worshipped Buddha at the Jing'an Temple and came over," the elder woman said. "It's beautiful. The iron gate used to hold me back, and it was so hard to take a proper photo." 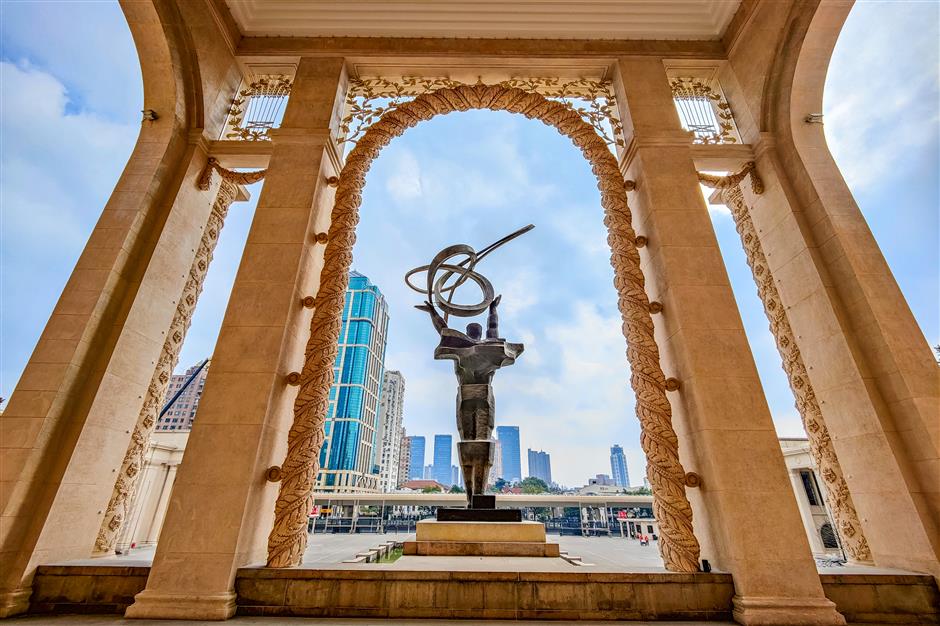 A majestic bronze statue of a worker holding up a tangle of flowing ribbons faces Yan'an Road M.

The outdoor area will be spruced up with floral displays and landscape attractions during the Spring Festival next month, though the overall renovation will last till the end of this year, Shen Huili, director of the exhibition center, said.

"There will be specific areas for recreation, interaction and green areas," she said, elaborating on the future plans.

Her words set my mind wandering. I couldn't help picturing people having coffee on sunny days in an exquisite garden.

Just around that time, I passed by two young trendies, and overheard them saying: "It would be better if there was a place to sit down and have coffee."

Zhang Ming, a professor of architecture at Tongji University, is the person who spurred the changes.

He had proposed that public spaces and facilities be open to the public during a symposium that was attended by Shanghai Party Secretary Li Qiang last March.

In a TV interview, he specifically mentioned the Shanghai Exhibition Center as a prime example.

Zhang said the big enclosures separated two main thoroughfares – Nanjing Road W. and Yan'an Road M. – and people had to make a detour. Worse, massive courtyards were left idle, which was a waste of precious resources in the middle of downtown.

His suggestion was well received by people living in the city.

An artist's renditions of the Shanghai Exhibition Center

For internationally acclaimed architect Rossana Hu, it conjured up images of Paris.

"It's a pedestrian-based city, and there are many public squares, parks and museums that are open to the public," she said in an email. "You can see the whole city is a giant living room for citizens to roam around and explore. It's a beautiful experience."

Hu, who's deeply involved in the city's urban renewal, applauded Shanghai for launching such a "community engagement project."

"The more public engagement, the better for these types of projects, since the purpose of these urban complexes is to serve the people of the city, and not just for a few elites to enjoy."

A city is built for its people, said Wu Jiang, the former executive vice president of Tongji University.

For cities with a large population, especially in China, better services and shared spaces make for good living conditions.

"What is sharing? It is a matter of multiple uses of the limited space. Today you come, and tomorrow I come, or we can come together. It will bring people closer," he said.

Due to historical reasons, China lacks outdoor public spaces for public use, unlike in Europe where the agora has been crucial to their way of life since the times of ancient Greece.

But that is all changing after President Xi Jinping remarked: "Leave the best resources to the people." 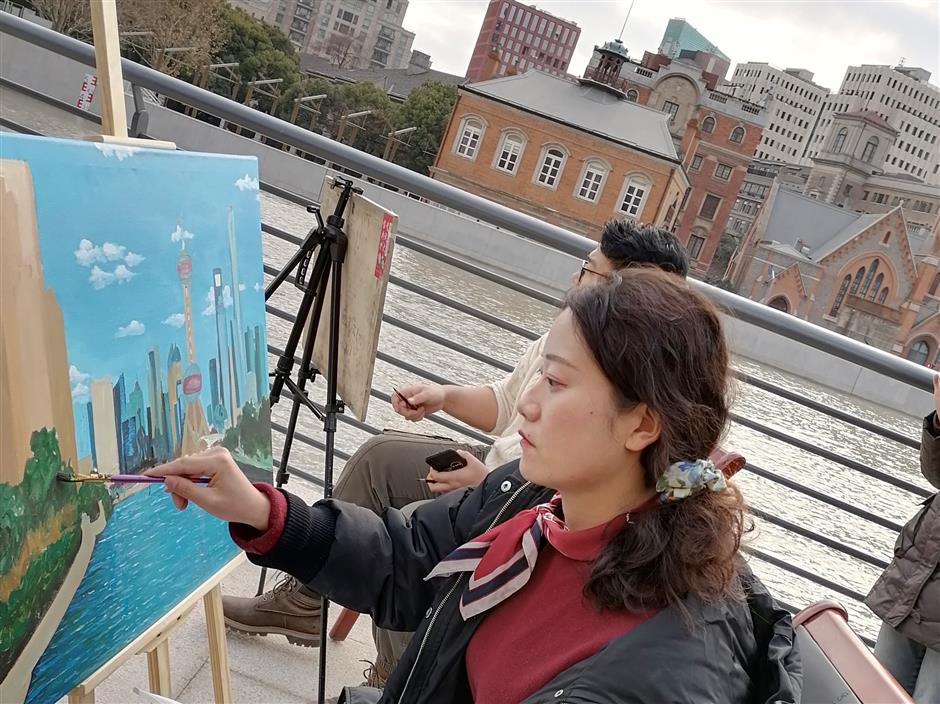 A woman captures the beauty of the Bund and its neighborhood on canvas from the Suzhou Creek waterfront.

In an article published on Planetizen, park designer Richard Light defined modern agoras as the central public space in urban life and community. Obviously, the Shanghai Exhibition Center has rediscovered its role.

What's more, he summarized some of the characteristics.

"They are public gathering and recreation spaces for all people... They integrate well with the urban design of their locale; they have a natural component that is designed in a pleasing manner, and is of sufficient size to attract the ongoing interest of the citizens."

Today's Shanghai has more open outdoor spaces in what can be described as modern agoras.

The city's top planning body had revealed its plan to build a "sharing city" way back in 2017 during the Shanghai Forum held on World Cities Day.

Under the proposed plan, Shanghai had promised to increase public space by building parks in the heart of the city, just like in New York, London, and Paris. It also promised to renovate the current public spaces like parks, squares, and other outdoor sports facilities.

At the forum, Xu Jian, an engineer from the Shanghai Urban Planning and Natural Resources Bureau, said, "In big cities like Shanghai, the availability of public spaces often falls short of demand, and varies widely across the city." 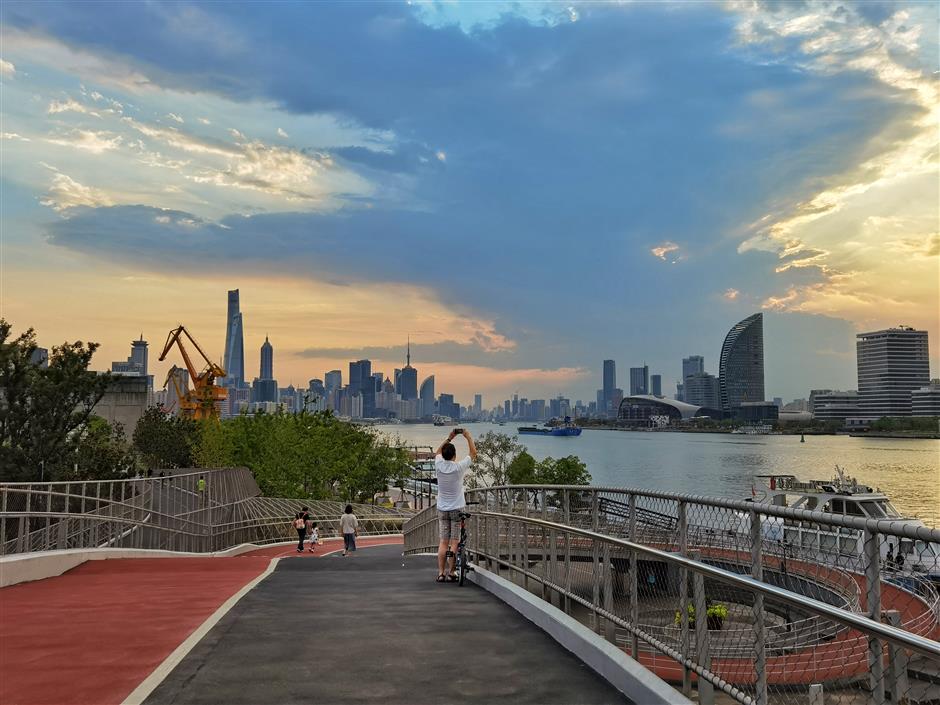 A total of 42 kilometers of the Suzhou Creek bank and 45km of the Huangpu River bank have been made accessible to the public.

Shanghai history and architecture expert Lou Chenghao told me by WeChat most people in Shanghai used to live in very cramped conditions.

"For them, narrow alleyways were the closest public spaces," he said.

"There was the People's Square and the Bund, but not too many choices. So, when Nanjing Road E. became a pedestrian street, people were excited."

He still remembers, when many years ago, the Huangpu River waterfront area in Lujiazui required a ticket for a view.

"But today it is a different story," he said. "From my own experiences, I can feel Shanghai's charm and warmth."

"About 10 years ago, most waterfront areas were walled off, occupied by warehouses, offices or just illegal structures. Over the years, they have been pulled down," he said. "Now, we can walk along the waterfront, rest and enjoy the beautiful views."

During Shanghai's 13th Five-Year Plan (2016-2020), a total of 42 kilometers of the Suzhou Creek bank and 45km of the Huangpu River bank have been made accessible to the public, mostly in downtown districts. More are in the works.

Notably, the waterfront has been livened up as there are more than just verdant pathways. 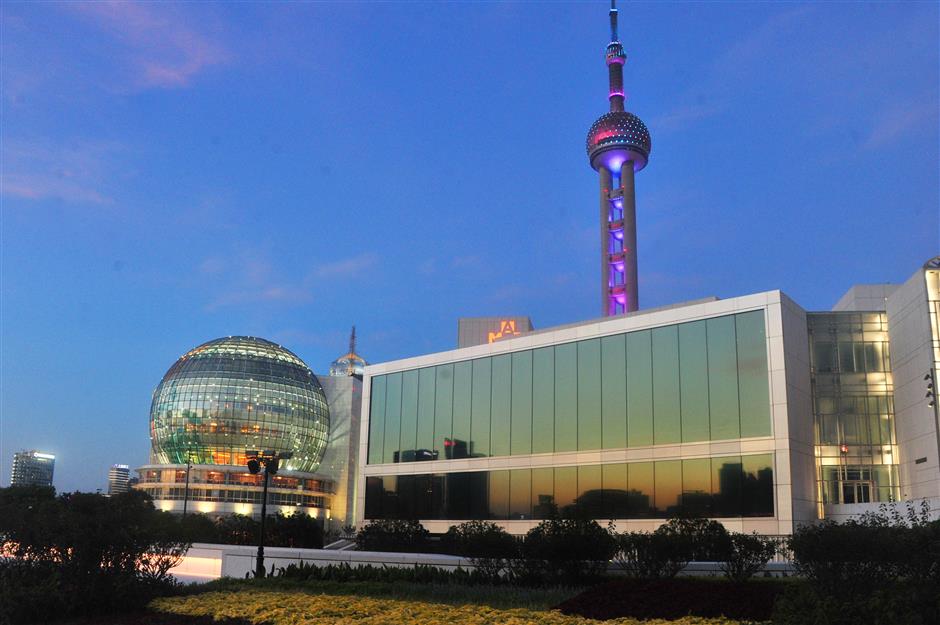 The Museum of Art Pudong was the last piece of the jigsaw of Lujiazui's core waterfront area. 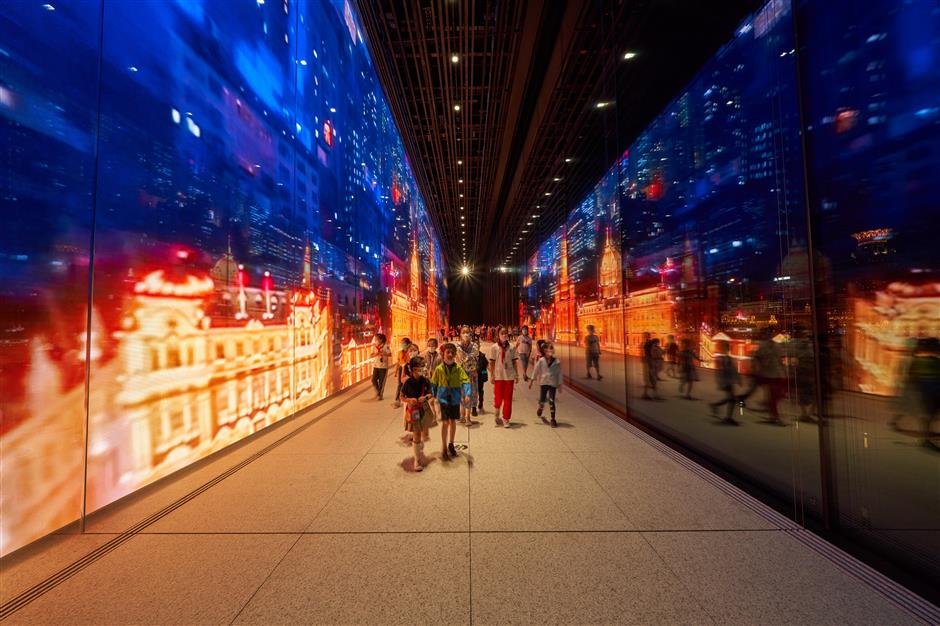 A glass hall in the museum allows people to enjoy beautiful views of the Bund across the river.

Take Pudong for example. It has turned the much sought-after strips into communal facilities, such as the Museum of Art Pudong, Shanghai Expo Culture Park and Yaohua Waterfront Greenland, popularly known as the tent park.

It seemed to be a colossal waste of hundreds of billions of yuan, but officials believed in the idea.

"Shanghai needs not only tower blocks and booming commerce, but also parks and lawns, blue skies and clear waters," said Xu Dongxin, director of the greenery department of Shanghai Greenery and Public Sanitation Bureau in an early interview.

To welcome the New Year, she and her friends rode bikes all the way from the waterfront areas in Hongkou, Jing'an, Huangpu to Pudong.

"Dressed in a golden hue, I felt like I was in Paris' Rive Gauche as I passed north of the Suzhou Creek," she said. "Look, the facelift of the waterfront has proved to be good. I love these old buildings and cafes. I can finally find a place in downtown to laze all afternoon."