Spirit of reform and opening-up catches up with historic structure 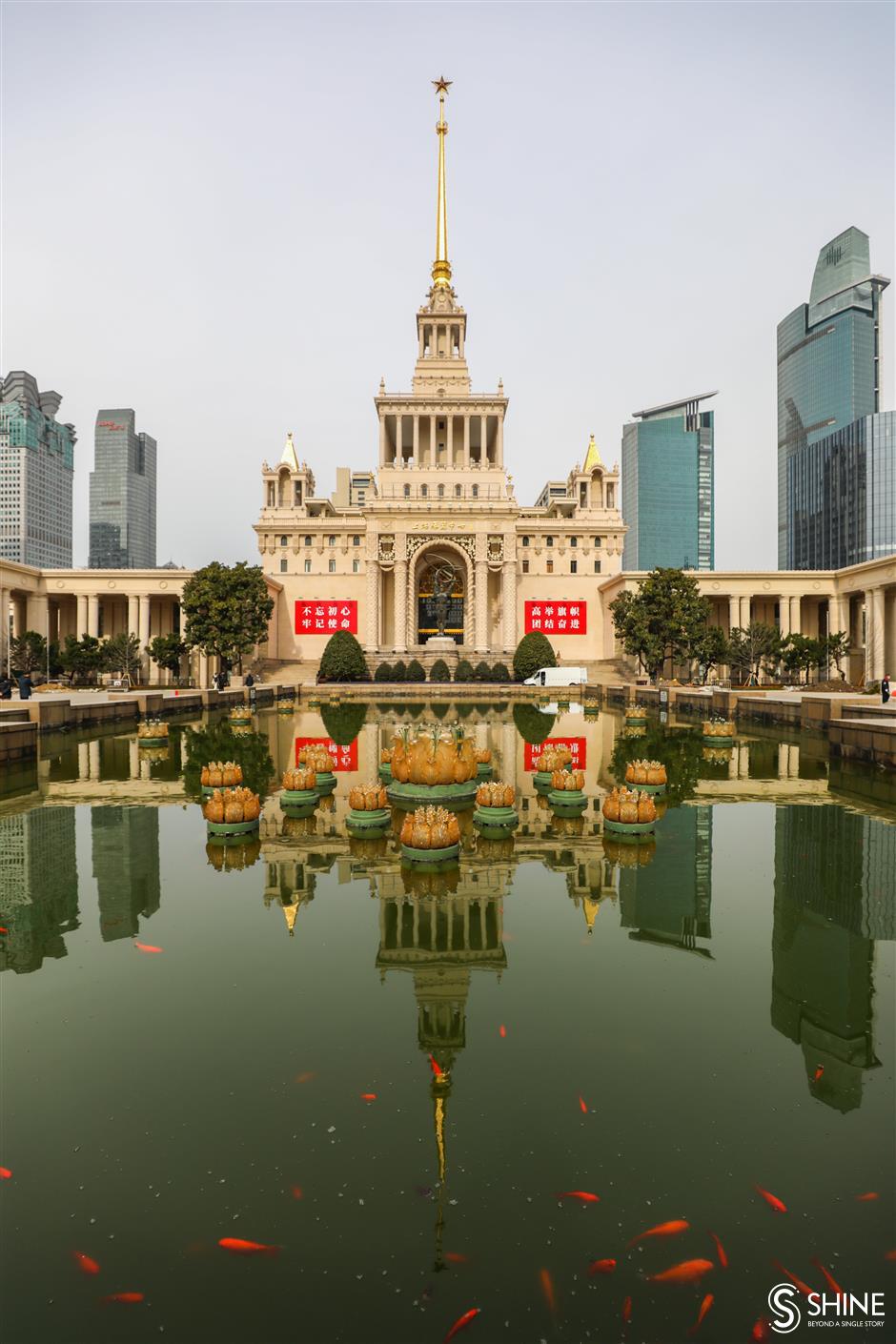 With the fences of the Shanghai Exhibition Center removed after nearly seven decades, the heritage-listed site is now more accessible to visitors.

Xu Zhenguo still remembers being excited when he set foot in the Shanghai Exhibition Center for the first time almost 50 years ago.

The former worker at the center walked for seven hours from the city's eastern outskirts – somewhere near today's Pudong airport – to the city center on January 17, 1972.

"It was the happiest day of my life," the 71-year-old Xu told Shanghai Daily. "It was a privilege for me, as a countryman, to work in such a stately place."

Back then, it was known as the Sino-Soviet Friendship Building, and it was the major meeting and event-organizing facility in Shanghai.

Xu considers it his good fortune to be selected to serve national leaders, even though he was a new employee.

"I witnessed the momentous event in the history of China-US relations – the then US President Richard Nixon's tour to China in 1972," he said.

It was on February 27, just a month into his new job. For the first time, he saw those big names on the books with his own eyes: Premier Zhou Enlai and his wife Deng Yingchao, Nixon, and US Secretary of State Henry Kissinger. 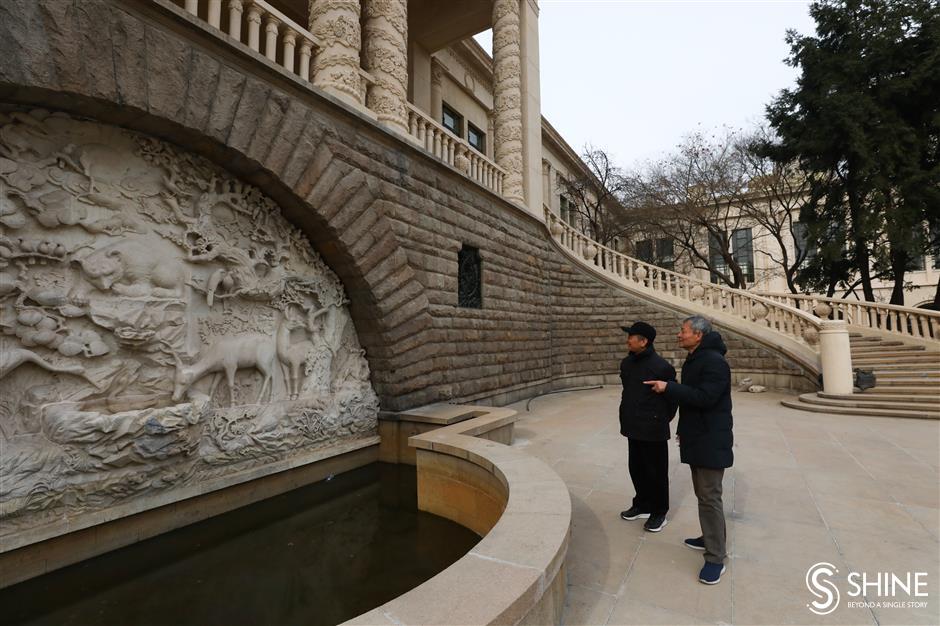 Gao Changfa (right) and Xu Zhenguo admire some of the original relief sculpture work in between the two grand staircases.

Crab shell-shaped stairs next to the central hall

"I was assigned to the cloakroom. I had to carefully take care of their coats and figure out which piece belonged to whom," he recalls. It was Premier Zhou's coats that impressed him the most. "It was reconditioned," he said, with a pause.

Xu, who is now retired, returned to the exhibition center on Monday to commemorate his own "50th anniversary" of his association with the historic structure.

However, it appeared to be different from what he was used to.

The barricades have been removed and people make use of the outdoor space from 7am to 10pm when there are no events.

It is part of the latest round of facelifts that started last year and is expected to be completed by the end of the year. Once completed, the outdoor space will include garden areas, cafes, and regular fairs occupying 60,500 square meters, accounting for nearly 65 percent of the total size of the center.

Xu recalled that "previously, even if you were a staff member, you were not allowed inside during off-duty hours." 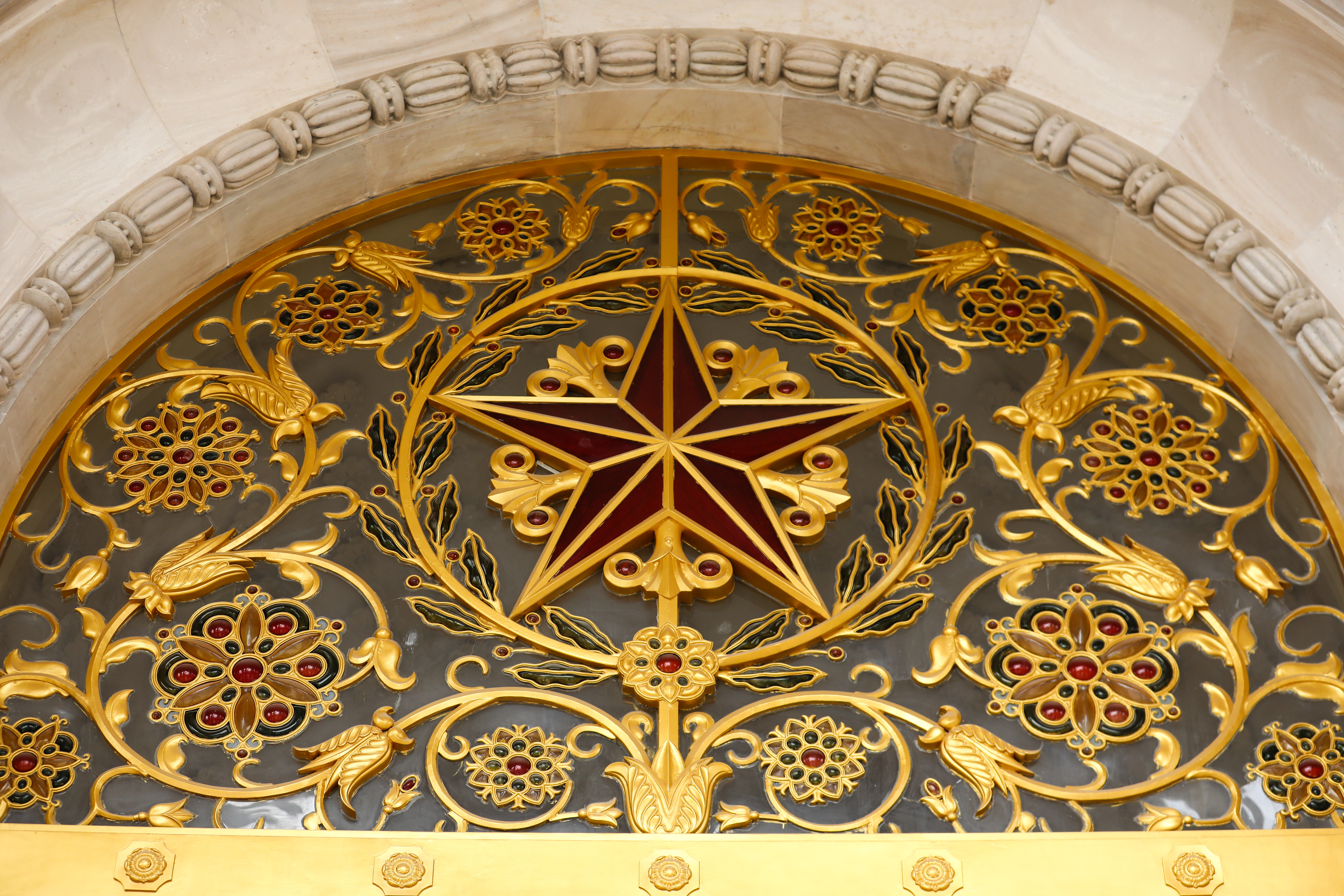 "Anyone who proposed the idea deserves to be admired. It's such a golden idea," he said.

"I believe it would be a popular hangout," he added.

As they looked around, Xu spotted the Chinese juniper trees.

Xu pointed out that the magnolia tree beside the central hall has grown from a seedling to such a giant tree.

Gao marveled at its architecture.

"You can't miss those two crab shell-shaped stairs next to the central hall," he said.

"Look at the rilievo on the stairs," Xu said. "It features many animals. A deer lost one of its antlers because a man accidentally broke it as he tried to grab the alter to have a closer look." 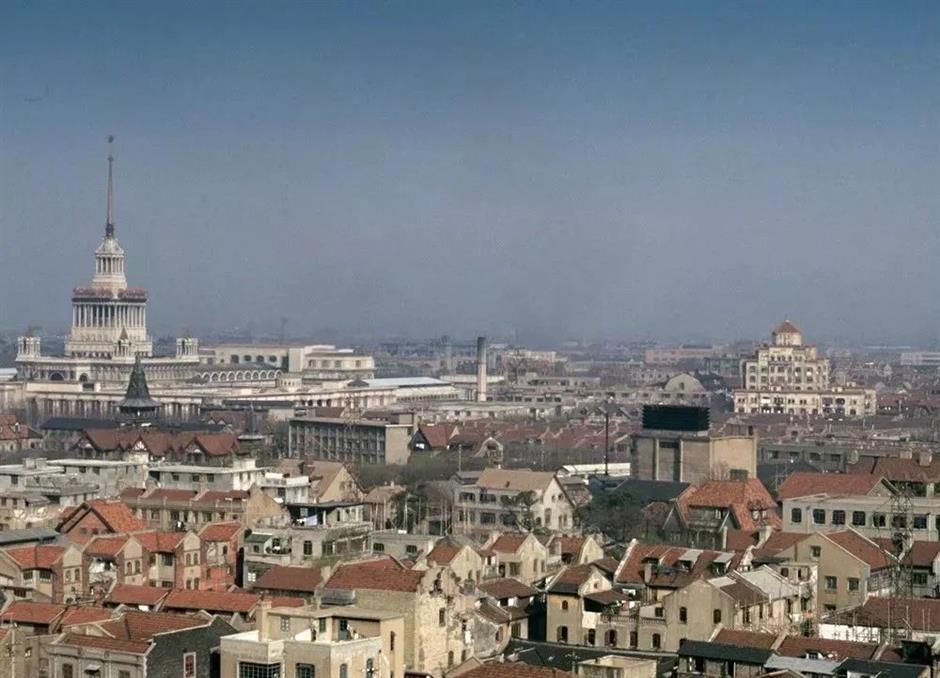 A photo of the Sino-Soviet Friendship Building with a star at the top taken in the 1970s.

Xu says he has been to many European countries to find the prototype of the exhibition center. "I thought it was modeled on St Petersburg's Admiralty," he said.

The exhibition center was constructed on the ruins of the famous Aili Garden, which was built by the Jewish tycoon Silas Aaron Hardoon, for his wife. East to Weihai Road, west to Tongren Road, south to Yan'an Road M. and west to Nanjing Road W., it was the largest private garden when it was completed in 1910.

In the 1940s, it was occupied by the Japanese army, which ruined it. In the 1950s, it was granted a new lease of life with the construction of the Sino-Soviet Friendship Building, taking up an area of 93,000 sqm.

The complex was completed on March 5, 1955, with the joint efforts of architects from China and the Soviet Union. The building was typical Russian-style architecture, with Chinese cultural and political elements embedded in the décor. 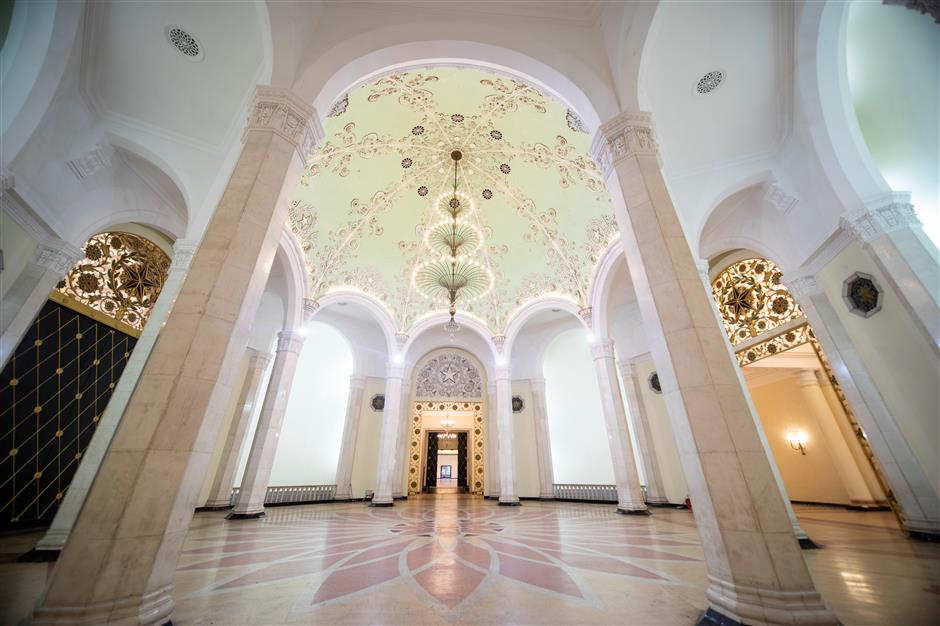 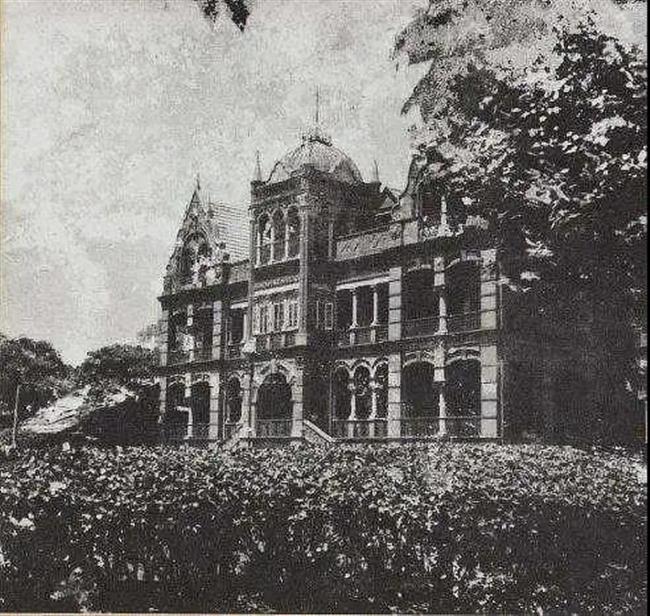 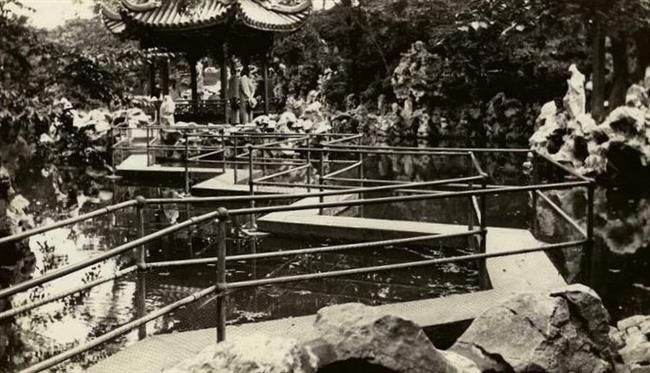