'She Power' gets an added boost from the digital economy revolution

The digital technology sector is cashing in on a new trend: the "Her Economy."

It is offering an array of new products, including self-defense and fitness lessons at home; game characters inspired by powerful legendary women of ancient China; and customized e-commerce and digital services offering part-time and new jobs for women.

These new services improve life of women and "She Power" during the pandemic, which has cut down trips and meetings.

Ahead of Tuesday's International Women's Day, startup Fiture which recently raised US$400 million, launched Krav Maga, a self-defense course from Israel designed for women to fight violence and harassment.

It also offers a smart "magic mirror" to allow users to exercise at home, with online courses and artificial intelligence-featured tutoring.

Most of its users are women, who generally like courses such as meditation, high-intensity interval training and dancing, said co-founder and president Richard Zhang.

The company is expanding with increased investment in content production and a new 4,000-square-meter Shanghai outlet to open this year, Zhang told Shanghai Daily. 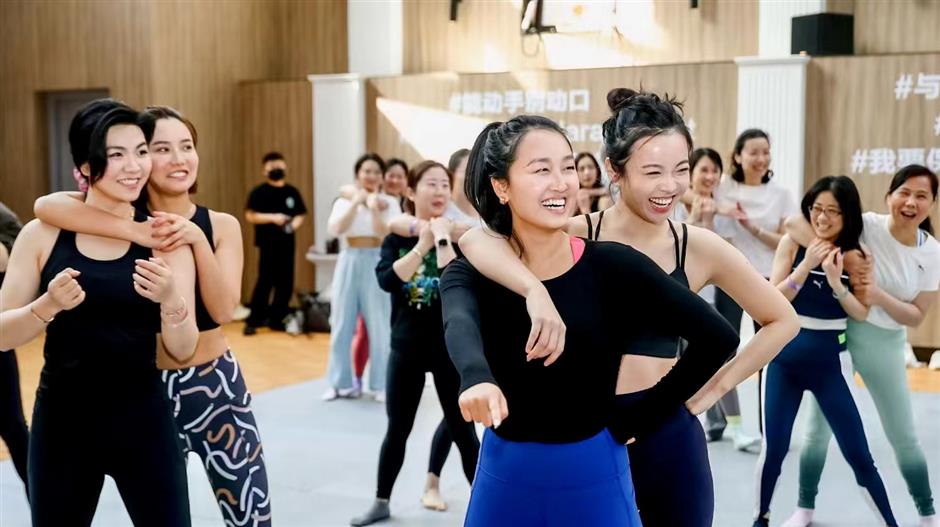 It aims to show the social style of the Ming Dynasty and to promote traditional culture.

"Even in the Ming Dynasty, there were many women making great contributions to the formation of social style and culture," said Coconut Island.

A Women's Day Special in the game includes new illustrations of women and their roles centuries ago.

These include Tan Yunxian, a doctor, and Ma Pengying, an astronomer and mathematician in the Ming Dynasty.

Other Ming greats include Wen Chu a skilled painter of flowers and insects, especially butterflies, Qiu Zhu a professional painter of portraits and religious works and renowned poet Luo Suyue.

Female characters in the game, often in the style of traditional elaborate paintings, are always popular and spark a lot of discussion among young players. 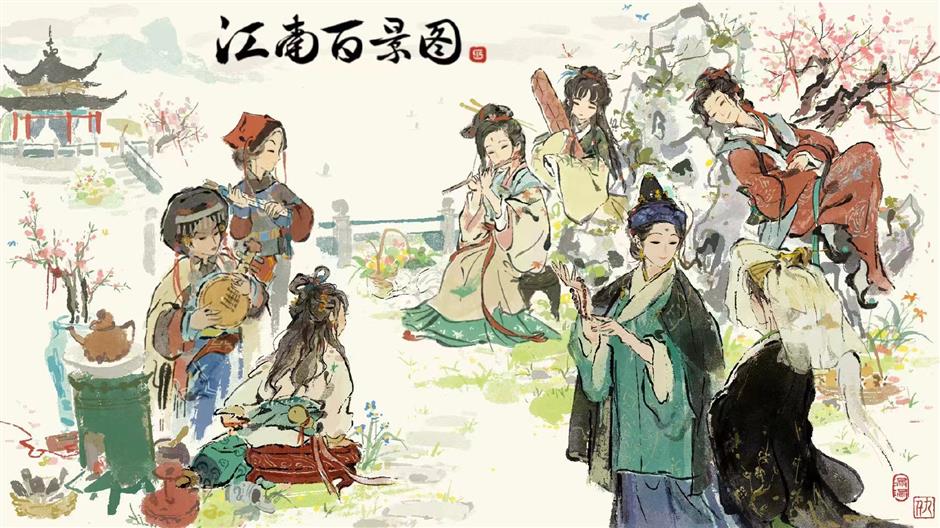 The digital economy, with its flexible working conditions and booming sales channels, has brought new opportunities for all women, according to a report by the Fudan University and Shanghai-based Idol Group.

The report lists the 10 most women-friendly digital companies in China for a career, including Douyin, Kuaishou, Xiaohongshu (Red) and Idol.

Idol, formerly known as Aikucun, helps individuals start their own online business by connecting them with brand owners mainly in clothing, cosmetics and baby products.

It provides services to 2 million people and helps them earn from home.

More than 95 percent of the online shop owners are women, who have been using Idol to earn a stable income and build their confidence during the pandemic.

Women are also a major tourism market. They spend 33 percent more than men.

The demand for family trips with more than one child and single-women trips are both growing rapidly, said Trip, China's biggest online tourism platform.

Female podcasters air their voice on the Ximalaya platform.