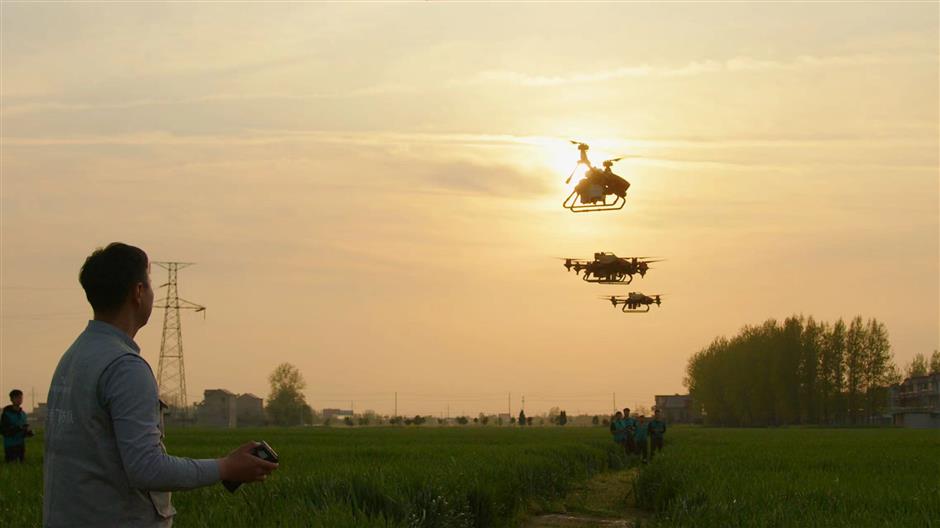 More than 50 young people from the city and neighboring provinces have been staying on Chongming Island since March to fight the pandemic in their own special way -- flying 60 drones that spray fungicides and insecticides to nurture crops.

But it makes sense in Shanghai during the lockdown, where there is a huge demand for agricultural products, said Qian Liangxu, the group's team leader.

"It's a task that has to be completed on time. Otherwise the (harvest) volume will be significantly lower," Qian said.

Qian is a 58-year-old native of Chongming, a major agricultural area. 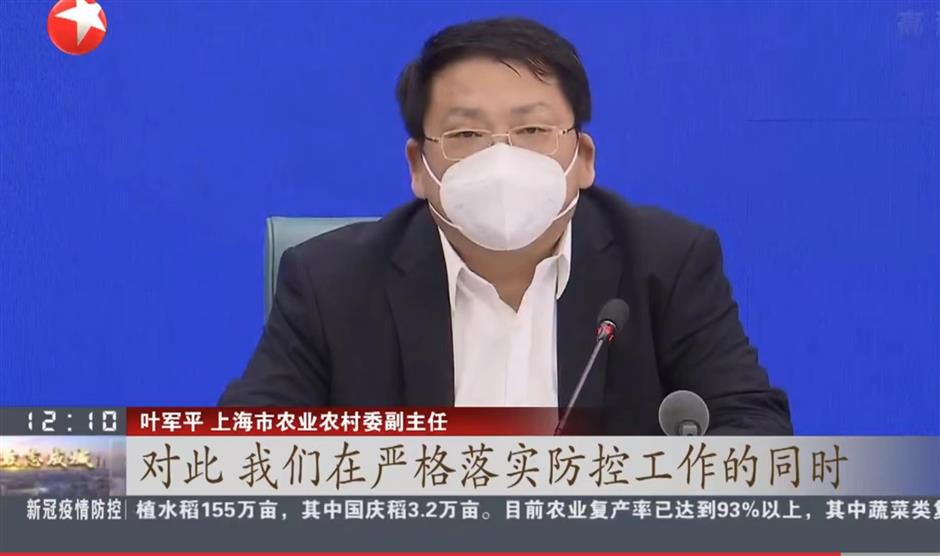 The government has vowed to ensure adequate, reasonably priced food supplies by consolidating production and distribution channels, Ye Junping, vice chairman of the Shanghai Municipal Agriculture Commission, said at a conference on Wednesday.

Qian's team is supported by the agriculture commission and Bright Food Group, which provide work and transportation certificates and permits.

The agricultural drones, coded XAG P100, can hold as much as 40 kilograms of fungicides and insecticides. They're built with separate flying and task systems, so users can easily switch between crop spraying, granule spreading and field surveying functions, according to XAG, a Guangzhou-based drone manufacturer. 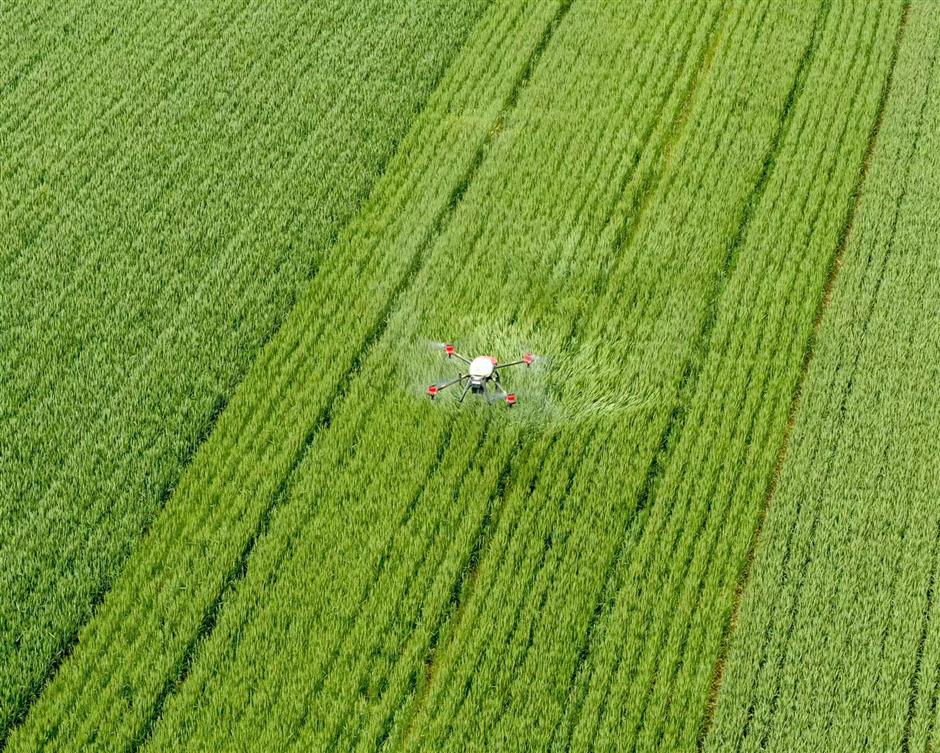 In the past, agricultural drones were unable to operate without network signals, because they relied on 4G networks. The latest generation of drones, however, are capable of maintaining steady, highly accurate operations even where there is weak Internet infrastructure, bringing farmers new possibilities to operate in "networkless" environments, XAG officials said.

Qian, who has 30 years of farming experience, began using XAG drones in 2017.

His team will work through the summer.

After they finish working with wheat, they will focus on shuidao, or rice planting.