'Rhythm at Home' to beat the lockdown blues

Music produces a kind of pleasure that human nature cannot do without, according to an ancient Chinese philosopher. In fact, "pleasure" and "music" share the same Chinese character, pronounced as le for pleasure and yue for music.

Percussionist Wang Yinrui tries to cheer up neighbors and friends in lockdown with musical fun, by exploring the beats of everything at home, from kitchenware to the antigen test tube. His experiment turned into a short video called "Rhythm at Home" that went viral across Chinese social media platforms.

It has more than 12,000 thumbs ups on the WeChat video account of the Shanghai Chinese Orchestra alone. 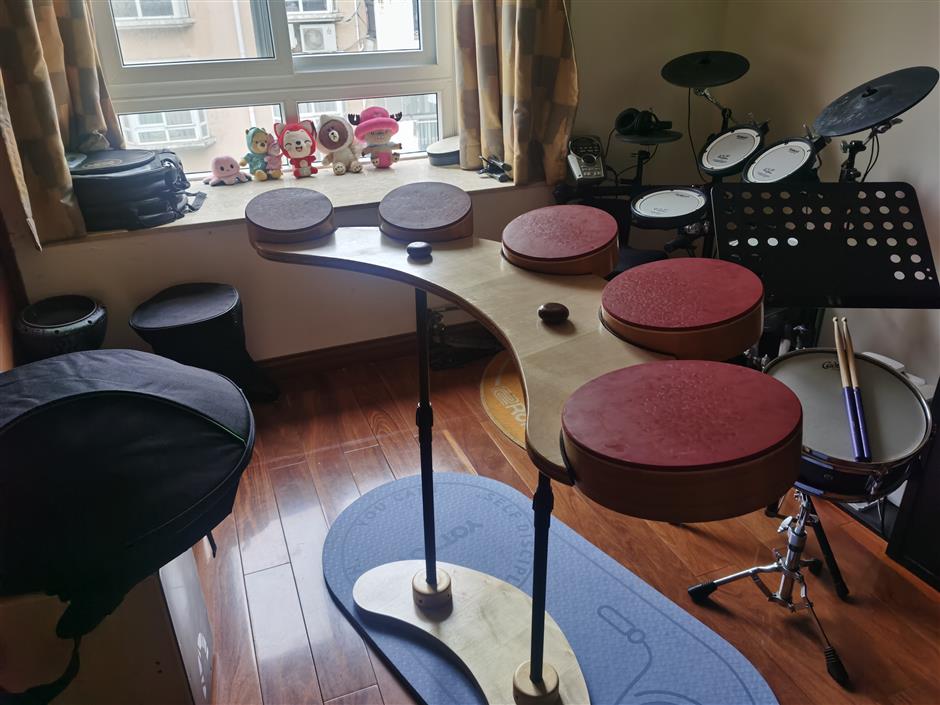 Wang, the principle percussionist of the orchestra came back with a second video called "Music/Pleasure at Home." This time, he invited his wife Liu Xuexian, a pipa performer at the orchestra, to add some melodies and have fun together. Wang has also extended his beats to household tools like brooms.

"I had the idea of the first video not long after the lockdown began, when many people felt frustrated at times," Wang told Shanghai Daily.

Wang first tried his hands at kitchenware back in 2020, when the pandemic first broke out and concerts were canceled for months. Self-quarantined at home, he wasn't good at cooking, and instead, got more interested in the sounds of the cooking ware when he messed up. 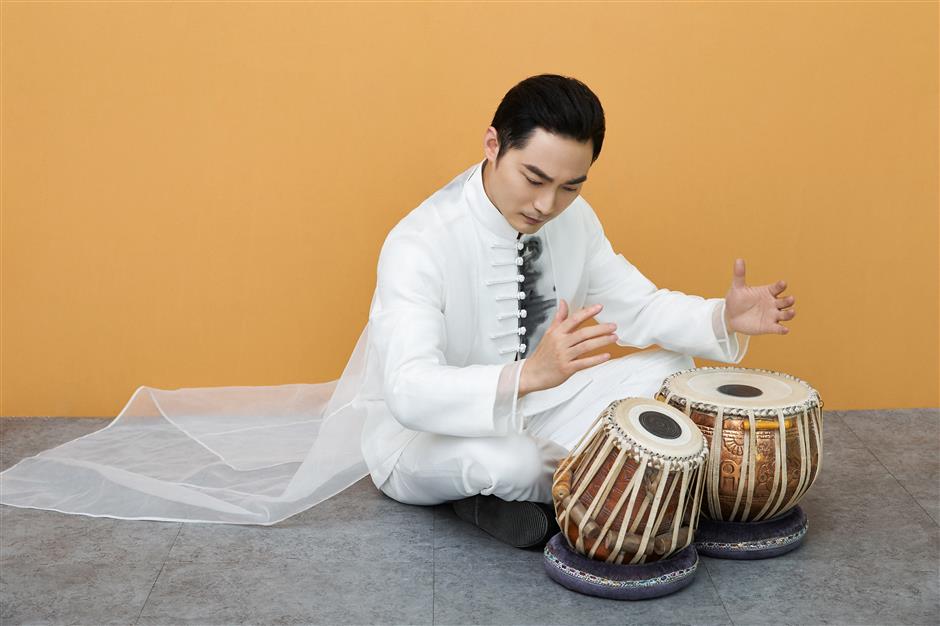 Wang made 15-second short videos back then, later he bought some recording tools at home, and the idea evolved into something more mature during this unexpectedly long lockdown.

"For musicians like me, especially a percussionist, I feel like something is missing in life when there is no performance, no stage," he said. "Even when I rehearse at home, there is no audience, no eye contact or interaction, and it doesn't feel the same."

Fortunately, Wang's wife is a veteran fan of claw cranes, and suggested that Wang uses the dolls she has as audiences.

"These dolls make do temporarily, but I really miss going back on stage and real audiences," Wang said. 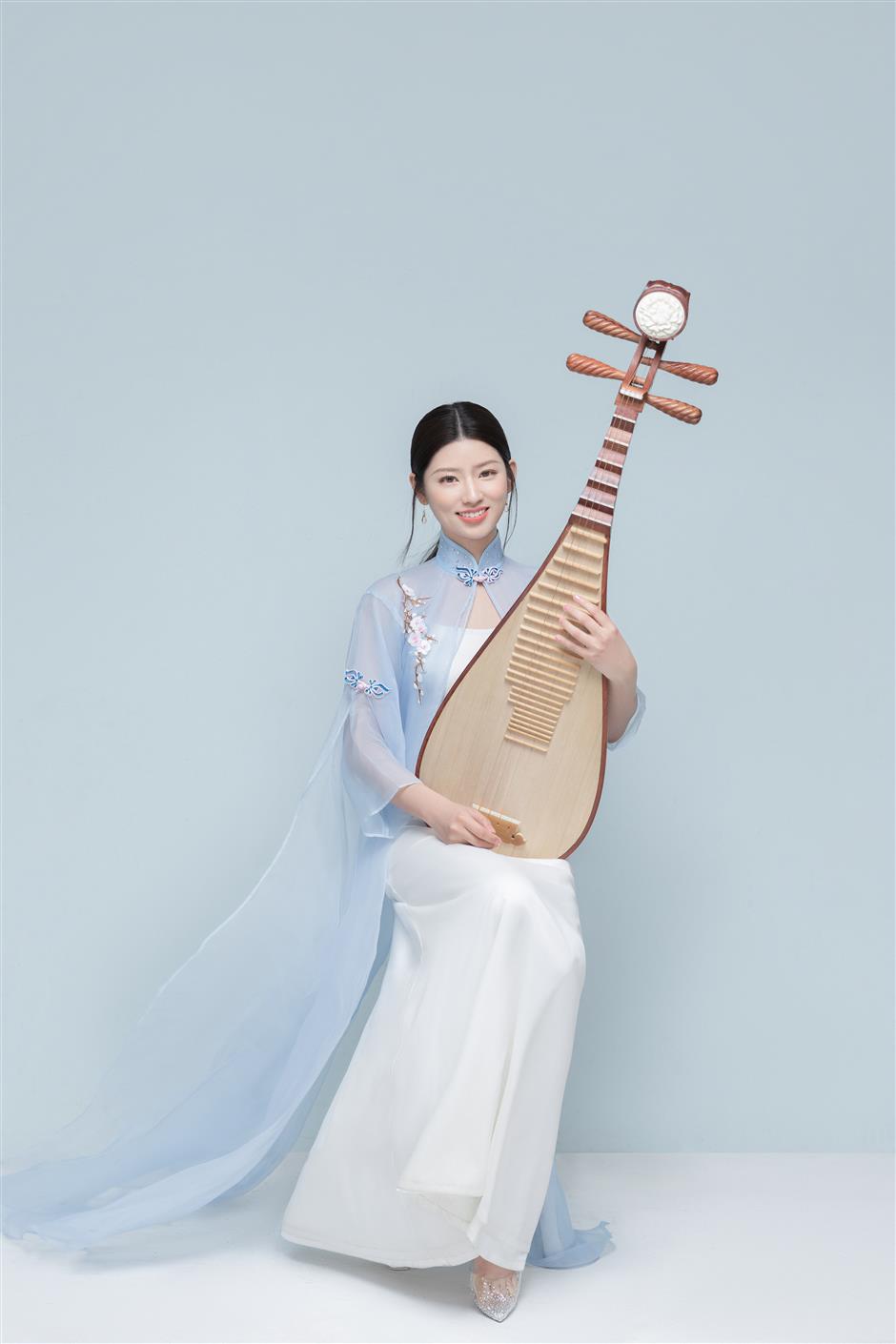 Liu with her pipa

After he released the first video, which starts with the scene and sound of rice in a pot, hundreds of viewers asked the same question – what happened to the pot afterwards? Did it get sticky?

"It got a little sticky at first, but then it's okay," Wang answered, and offered some tips for those want to try it at home:

1. No glasses or similar fragile items, especially if you have kids at home, because they will imitate you and may break the glasses.

2. No electricware, that's reserved for professionals – I'm exploring now and very carefully (because I have tried everything else at home). The result might come up in the third video.

4. Try items that have a softer surface like paper boxes, and put a yoga mat or similar stuff under, mainly to prevent resonance.

"Everyone deserves to have some fun at home, just be careful not to disturb your neighbors," Wang concluded. 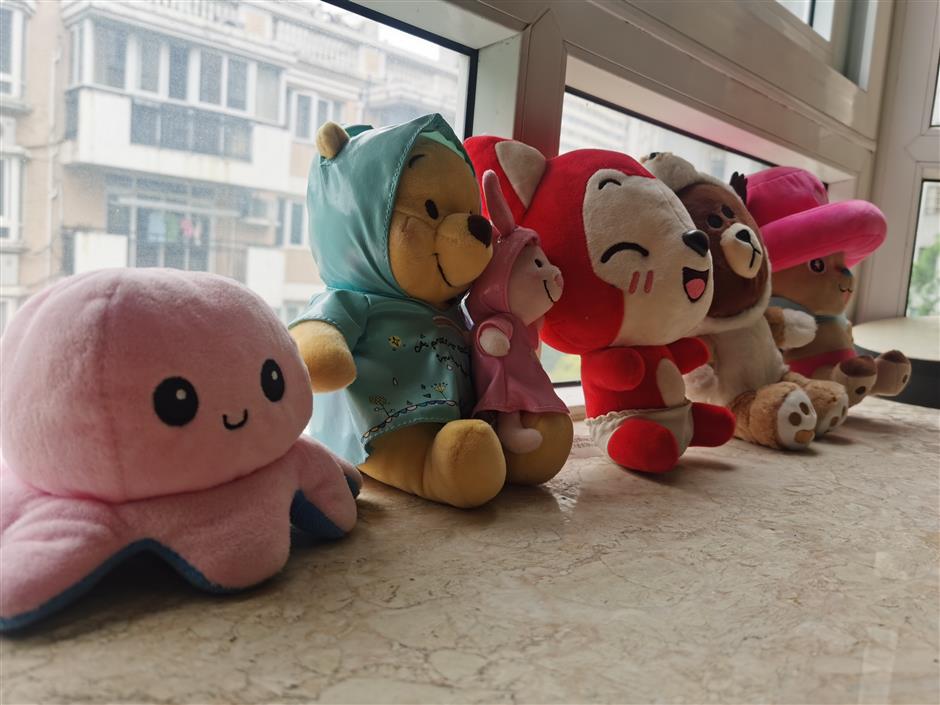