Tutor-turned-livestreamers at the loss-making New Oriental Education and Technology Group have become a nationwide buzz since last weekend.

The number of its Douyin (Chinese version of TikTok) subscribers has also jumped from less than 1 million at the end of May to over 10 million as of Wednesday.

So what exactly happened overnight to the private tutoring service provider and why did it attract the attention of those who're not drawn to the livestreaming format? 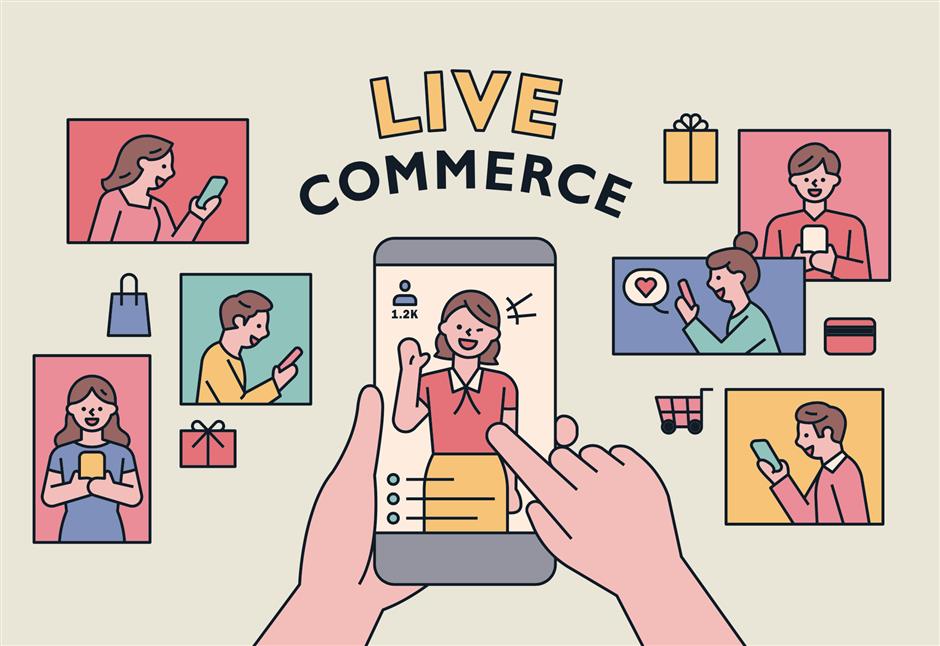 Since the 1990s, New Oriental has been a well-known name in China, especially popular with overseas Chinese students for test preparation and language lessons.

Since then, the company has been trying to reinvent itself as an agricultural marketing company, promoting fresh food and daily groceries.

Yu Minhong, the school's founder and a former English teacher who graduated from Peking University, opened his private school in 1993. Many students went there to prepare for the TOEFL and other language tests.

How he escaped poverty earned him global admiration and his entrepreneurial stories were adapted into the film "American Dreams in China" by Peter Chan in 2013.

The 59-year-old had to let go of some of the tutors and mobilized the remaining team members to shift toward the new business model.

But with just 40 livestreaming sessions in the first two months, it only managed to attract a few hundred viewers on average every day.

What happened to the livestreaming industry?

During the pandemic outbreak and lockdown, when shopping in stores was limited, people turned to livestreaming to find out more about the products.

Li and Viya were influential in driving up sales for big and small brands alike and also played a key role in promoting brands and their products to avid online shoppers and bargain hunters.

But after a major broadcaster was fined by the tax authorities last year, they were told to try harder to follow the rules.

Her livestreaming account on the shopping site Taobao was banned, and social media platforms Weibo and video-sharing app Douyin also suspended her accounts. 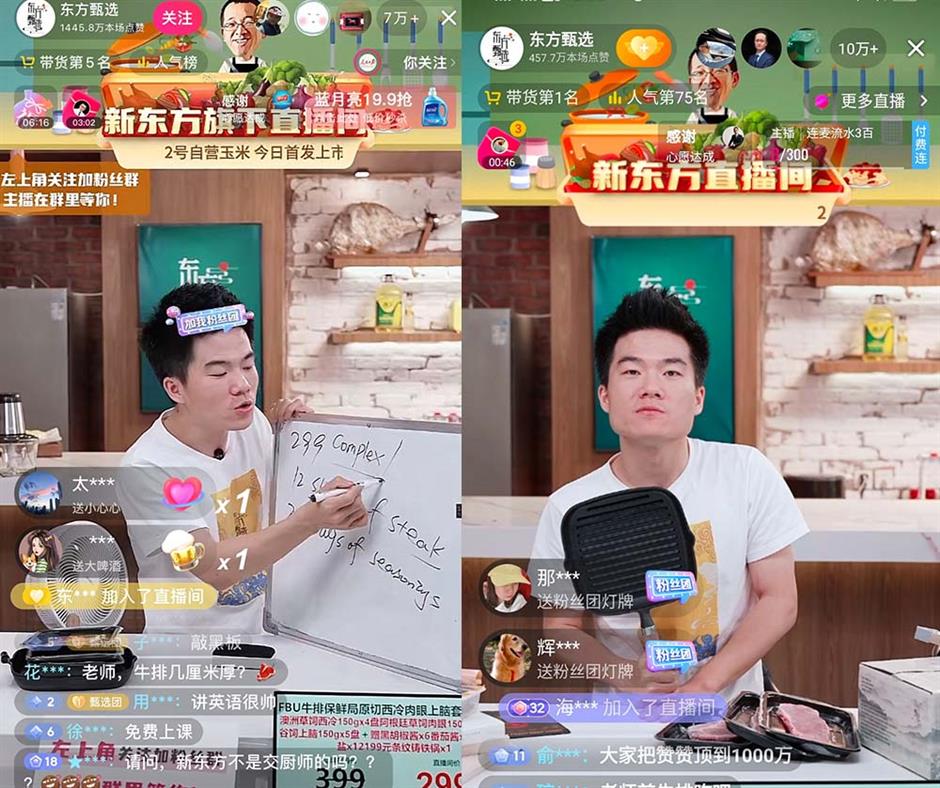 People thought that pretty hosts with light makeup who talk about good food, nice clothes and luxury items would get attention, but New Oriental's most popular clips had nothing to do with fancy sales pitches.

But Dong's story is really about how to rise and defy the difficult situations during desperate times.

His down-to-earth style and frequent mention of literary works attracted many viewers who were not sold on the livestreaming format.

In one of the most widely shared clips, he introduced steaks and wrote down "12 pieces of steak" and how to spell "seasonings" on a white board.

WeChat user Rabbit Fairy from Jiangsu Province commented that New Oriental's livestreaming sent a shockwave for the livestreaming industry, and it's like "a clear spring rising from a muddy garden."

It is obvious that the industry may be in the process of reinventing itself.

Born into a rural family, Dong found value in his work and life after being forced to leave the classroom. His perseverance resonated with many viewers across the country.

Not being able to come to terms with the sudden change in his life, he doubted whether his new job as a livestreamer will help ordinary rural students as much as it did for his high-school tutoring students.

It took Dong several months to adjust to the new mode of working.

"Selling agricultural products, although small, might be important for a rural family or the courier delivery guy to make ends meet," he said.

A graduate of Xi'an International Studies University, Dong joined New Oriental in 2015 but watched many of his colleagues get laid off last year.

In times of uncertainty and distress, viewers were hunting for bargains during livestreaming sessions. It was a lesson as he watched how ordinary people were coping with unexpected challenges.

Despite keeping his spirits high during trying times, he admitted that there were downsides as well.

"I have stayed in touch with my former colleagues in the WeChat group. I can't help wondering if it is possible to bring them back if we achieve better sales and make a profit from these livestreaming sessions?" he told GQ China in an interview.

He is not worried that the current buzz could fade away. "What's the point of worrying? It (the current attention) will go away anyway," he told Jiemian News in another interview.

"It's comforting and uplifting to watch the livestreaming sessions even if I don't really want to buy anything," she said.