Snip! A burgeoning business is nipped in the bud by coronavirus 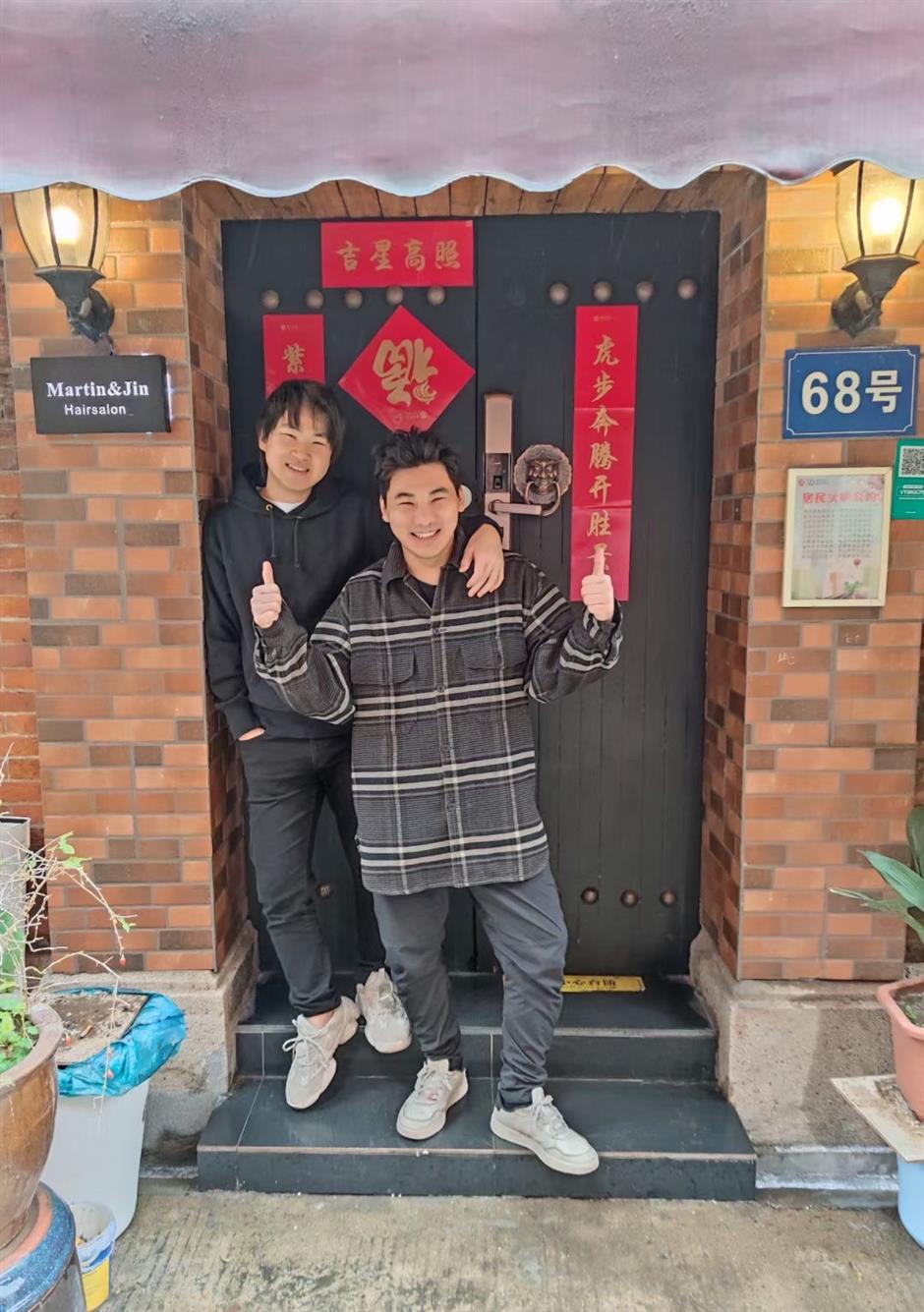 Li Menghua (left) and Zhang Jincheng pose for a photo outside their hair salon before Spring Festival this year.

A hairdresser's dream has been cut short by Shanghai's two-month-long coronavirus lockdown. Li Menghua is among the shop owners who couldn't claw his way back from loss of income and clientele.

Li, 24, hails from Henan Province, which he left at age 16 to seek his fortune in Shanghai. Three years ago, he opened the hair salon with a friend named Zhang Jincheng.

"Our shop was always busy," Li said. "But the pandemic stopped our income, and you can't survive under those conditions."

Li and Zhang named their business the Martin & Jin Hair Salon, using the English names they, like most Chinese hairdressers, adopted.

The salon catered to expats and quickly became popular with foreigners.

"I had heard that many foreigners develop great loyalty to their hairdressers and stick with them forever," Li said. "I wanted that kind of clientele, offering services that other Chinese hairdressers didn't have."

He taught himself English, jotting down every word he didn't know on his mobile phone. Since August 2018, he has logged more than 2,100. And he took every chance he could have with foreign customers to practice English. Quite quickly, he became versed in the language, and his amassed contact information grew to 3,000 customers.

Li recorded the first unknown English word on his mobile phone on August 7, 2018.

Li said he doesn't know if he will ever own a salon again. He initially borrowed 200,000 yuan (US$31,250) from his mother to open his salon. Although the debt has been repaid, he doesn't have enough savings to start up again and is risk shy.

Many clients who come to get their hair done these days regale Li with tales of woe about how the pandemic and lockdown affected them. Li said he fears the initial rush of demand for post-lockdown haircuts will taper off amid a general belt-tightening among consumers.

"It will undoubtedly impact us over time," he said.

Still, Li is not ready to leave Shanghai or his dreams of making a success of himself. He is proud of his friends and of the customers who have loyally stood by him.

"I feel like I've established a foothold in Shanghai," he said. "So no matter how many people leave, I plan to stay for the long haul."

His salon became, in effect, a social hub for expats.

The most recent resurgence was the final straw. The salon was forced to close in mid-March when the city went into lockdown. Li said he struggled to pay the rent and staff salaries. Worse, many of his customers chose to leave town.

"We've lost at least 40 percent of our foreign customers," he said. "They didn't leave for the first two years, but this time they chose to leave."

Li reluctantly terminated the contract with his landlord on May 23 and decided to close the salon to stanch further financial losses. He said it broke his heart, feeling like he was killing his own child.

An expat friend of his, Amber Leppard, worried about him.

"Every time I spoke to him on the phone and every time I saw him after that, he was crying," she said.

Leppard, originally from Gibraltar, moved to Shanghai three years ago and now works as a freelance writer. Almost every afternoon, she went to the salon to chat with Li. She said he was like a family member.

Other customers also cared about Li's plight. His foreign friends took up a collection and donated more than 25,000 yuan to him. They also produced a video to show Li how important he is to them, fearful that he might leave Shanghai.

On May 26, when Li was finally allowed to leave his compound, the first thing he did was cutting the hair of regular customer Ilsé Malherbe, who is from South Africa. She, too, had become a loyal customer and good friend.

Li was unable to enter Malherbe's compound due to pandemic control measures, so she brought a table and chair from her house, and a bouquet of dried flowers, out to the street for the haircut. 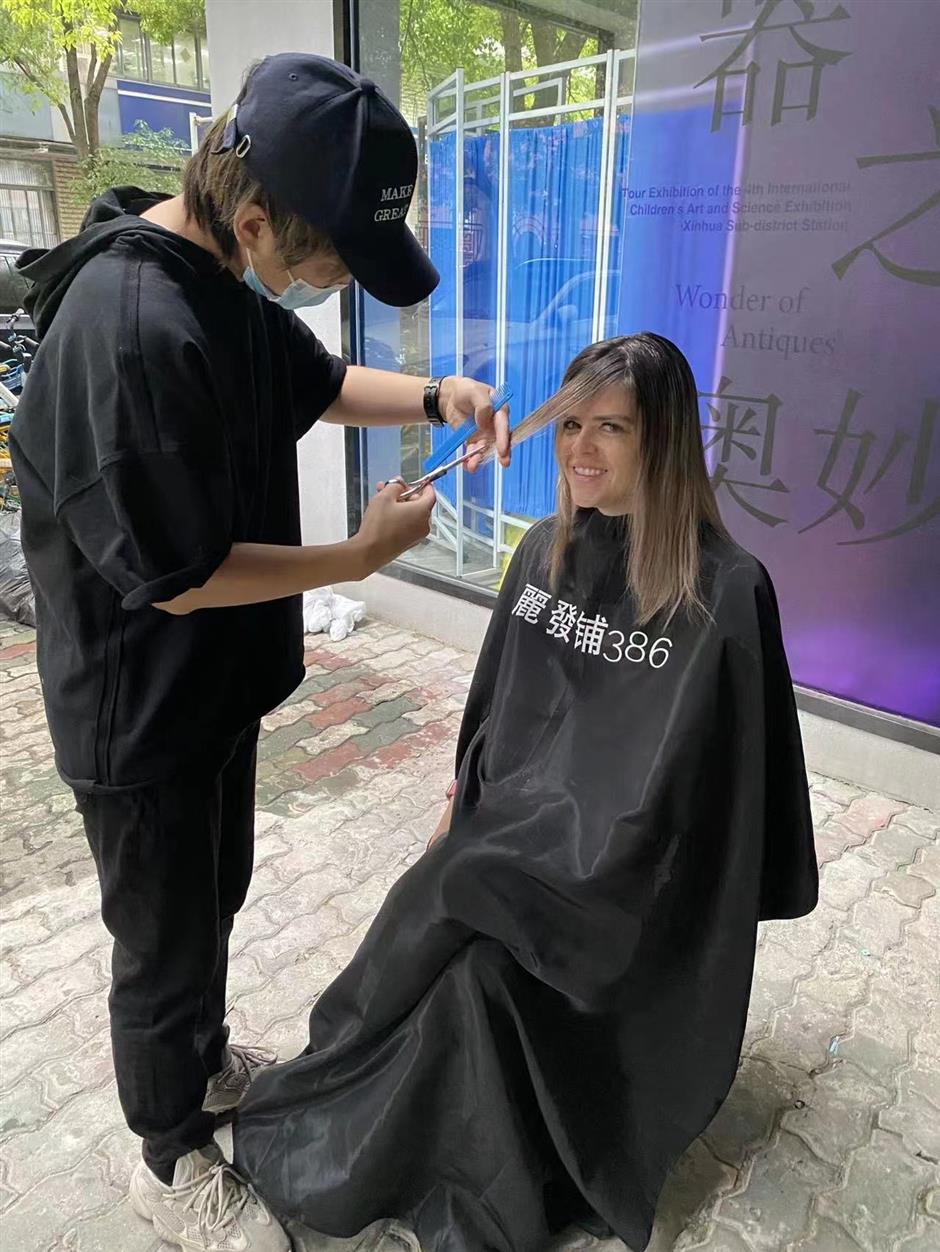 Li gives Ilsé Malherbe a haircut on the street. 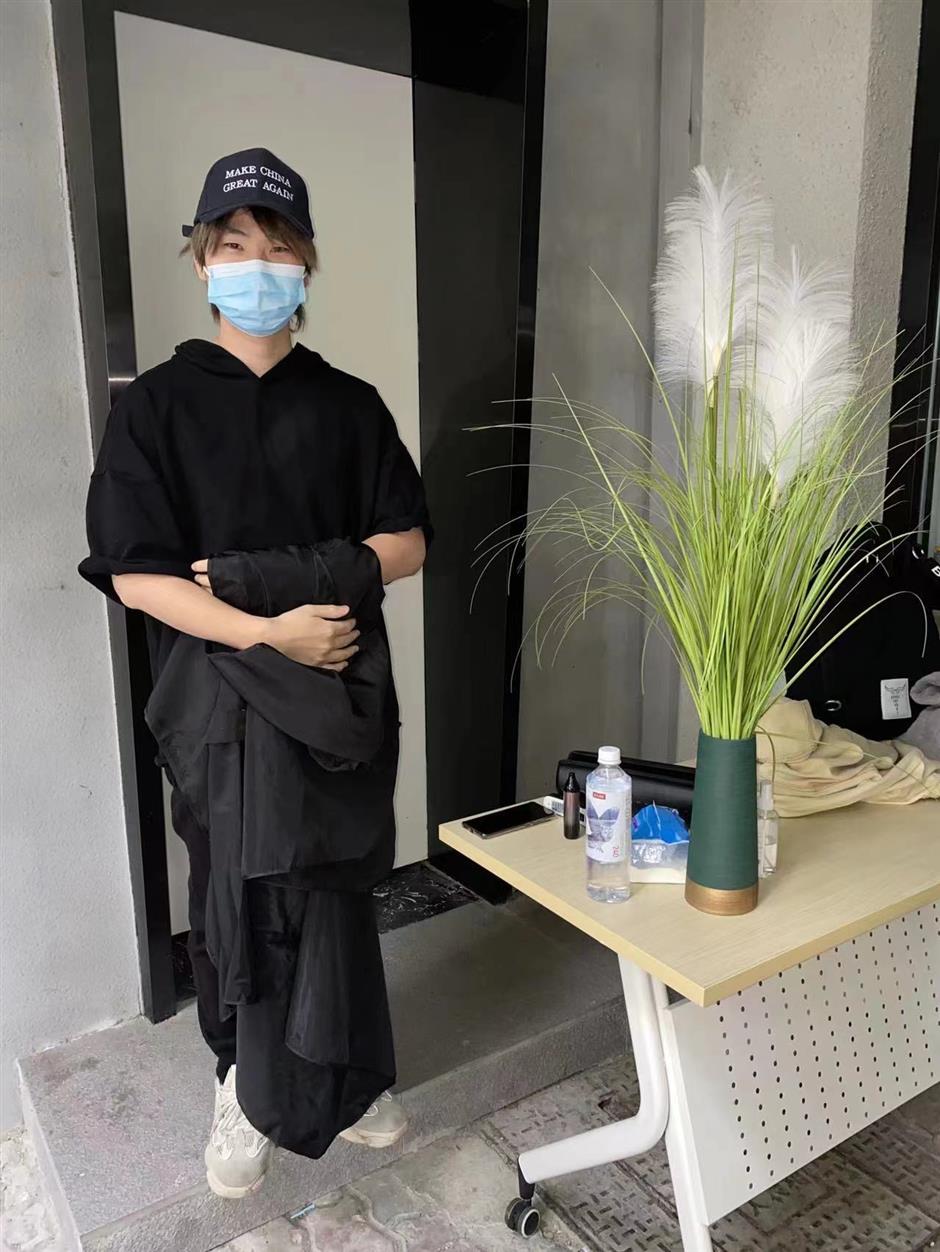 The table and the bouquet of dried flowers are from Malherbe.

"Cutting hair on the street was new to me, but I was so happy that I didn't care about what people thought," Li said. "It gave me the feeling that Shanghai was slowly getting back to normal."

Li was completely booked after his salon reopened, but it wasn't enough to save the business.

Li and Zhang ended up moving all their salon equipment to the Lifa Pu salon owned by a friend, Xu Chun, on Maoming Road S.

Xu is a Shanghai native with over 20 years of experience in the industry. His salon has been operating for two years, and the addition of Li and Zhang to the staff will help alleviate some of the shop's rent burden.

Many customers have just returned to work and are in a hurry to get their hair cut. Li said he is always ready to expedite appointments. On the busiest days, he works from 7am to 3am the next morning. 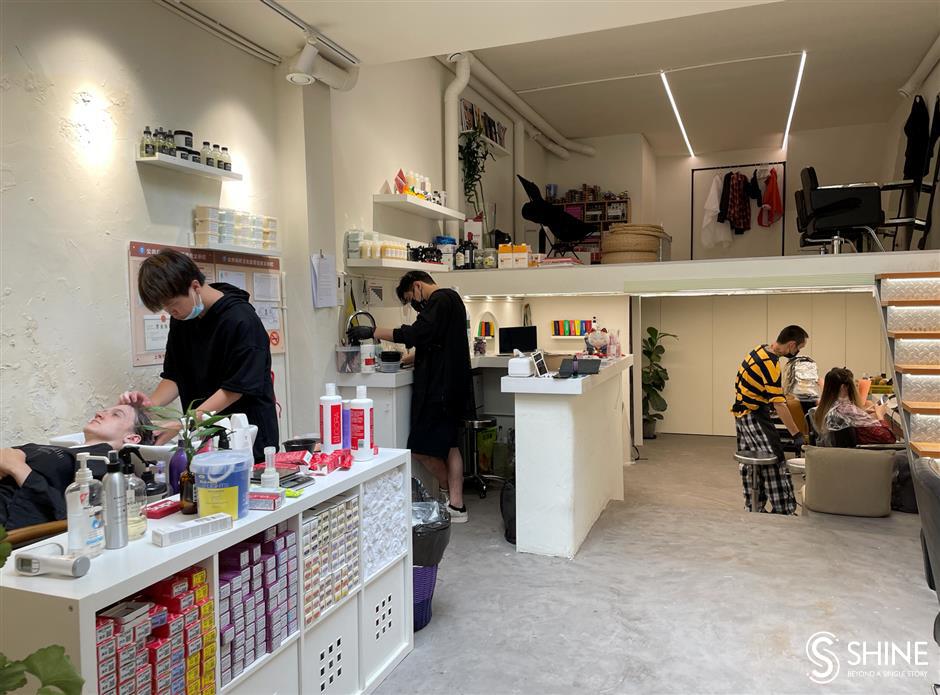 Li and his friends work in Xu Chun's hair salon.