Lockdowns have affected wildlife, too – sometimes with happy endings

A raccoon dog named Jixiang is now living in Shanghai Zoo, and she has a family in Songjiang District to thank for her survival.

Jixiang was found in a resident's yard in early April, buried under a pile of fallen leaves. It was still quite cold back then, and there was no trace of parents about. Neighbor Hu Nan thought the small animal was a puppy.

"It was my neighbor's yard, and because the city was in lockdown, we couldn't go out to try to find her parents," said Hu. "And no wildlife experts or volunteers could enter the compound to help us."

She added: "As my mom has experience in taking care of dying strays, the neighbor sent the little creature to our home."

The "puppy" was cold and hardly breathing. Hu's mother managed to warm her up with electric blankets and comforters. The family named her Jixiang, which means "auspicious." 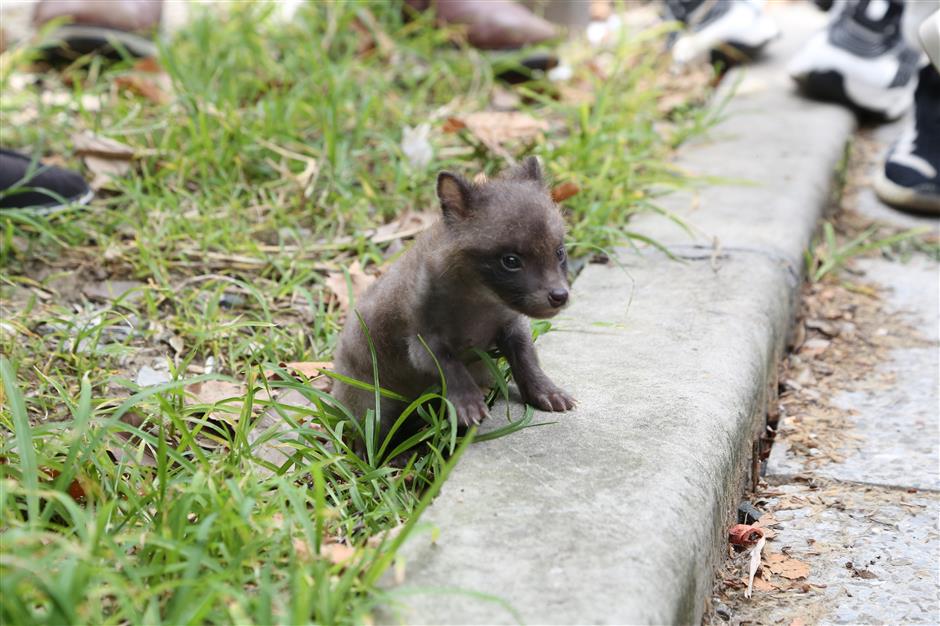 Jixiang was mistaken for a puppy when Hu Nan and her family saved her life and took her in.

"My mom used an eye dropper to feed her milk, once every two hours," Hu said. "Everything was going well until, several days later, the puppy choked and started panting. We thought she was a goner."

To their surprise and delight, the animal survived. One month on, she was the size of a human palm, and the more she grew up, the less she looked like a dog.

"We began to suspect that Jixiang was not a puppy after all, so we asked families and friends to find us a wildlife expert," Hu said.

Volunteer and staff with the Shan Shui Conservation Center finally identified Jixiang as a raccoon dog under the guidance of Shanghai Forestry Station. Despite its name, the animal indigenous in China is neither raccoon nor dog. Its closest relative is the fox.

"Raccoon dogs are widely distributed in Shanghai, especially in the outlying suburbs of Songjiang, Minhang and Qingpu districts," said Feng Yidi, a researcher at Shan Shui. "They were residing in fields and villages on the city fringes long before urbanization came to the suburbs."

After lockdown was lifted earlier this month, Jixiang was sent to Shanghai Zoo. She will be displayed in the local species section of the zoo while undergoing "training" to return to the wild.

Zoo officials said the animal might be more prone to disease because she wasn't suckled by her mother. And lacking her mother, she didn't learn the basic skills of how to survive in nature.

"It was hard to say goodbye to Jixiang, but we know that it's best for her to be taken care of by professionals and eventually be returned to her own population," Hu said. "We can't deprive her of her freedom." 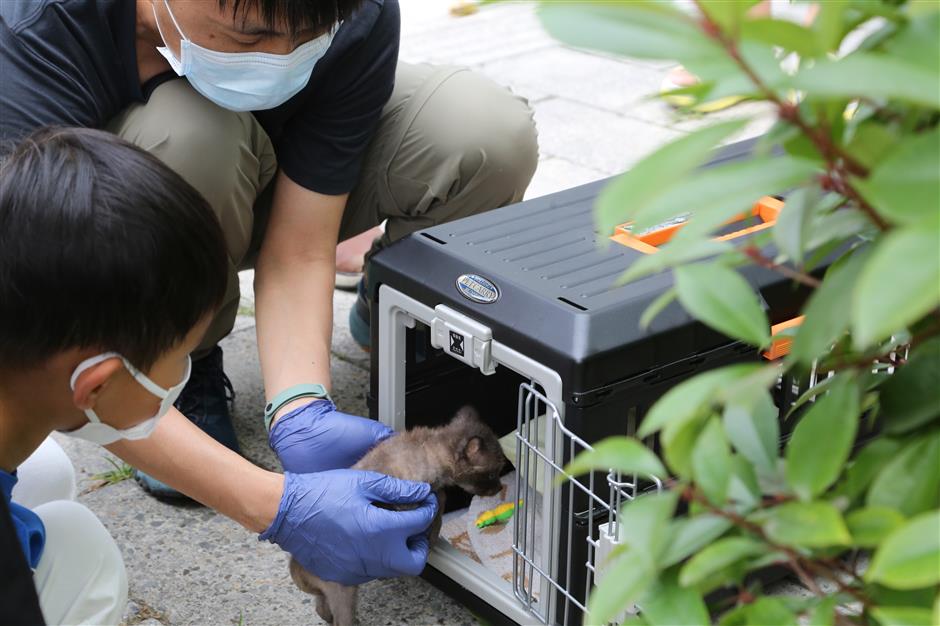 Jixiang is sent to Shanghai Zoo after living with Hu's family for two months.

It's still a mystery how Jixiang ended up where she was found or where her mother went. Lockdowns have changed the human-wildlife equation in many areas. With people largely absent, wild animals have had freer rein.

Feng said she found that raccoon dogs living in her compound in Qingpu were visibly bolder during the lockdown.

"Raccoon dogs are generally timid, and they usually avoid people," she said. "Before the lockdown, we didn't even know that there were raccoon dogs in our compound. But during the lockdown, a neighbor of mine saw one of them strolling past in daylight."

Feng said she heard of one case where a raccoon dog family took up residence in someone's backyard during the lockdown.

"It seemed there were around five raccoon dogs, and the owner of the backyard wasn't bothered at all," she said. "The human family and the raccoon dog family were coexisting peacefully."

With lockdowns ending, that peace may be disrupted.

"Roadkill is always the major city threat to such wildlife," Feng said. "Constructions such as steep, stone river embankments also pose risks. If a cub falls into the river, it's difficult for it to climb up such a bank."

Meanwhile, human intervention – whether benevolent or malevolent – upsets the natural order of things. Many people leave food out for stray cats, and that can attract large numbers of raccoon dogs and caused a population explosion.

Starting this week, Feng said, a survey of the raccoon dog population in the city will be undertaken by her center, under the auspices of Fudan University and the forestry station. The survey will be conducted with the help of 80 to 100 volunteers, who will try to find traces of raccoon dogs in local compounds and other locations, for two weekends.

"We hope that the survey will help us get a more detailed idea about the distribution of raccoon dogs so that we can further our public education about how to get along with them," Feng said.