Shanghai's struggling cafés turning to innovation to survive, just like it's always been

It was end of June when dine-in was allowed again in Shanghai, and quite a few friends invited me for a long-awaited sit-in at a café.

A friend brought my favorite scallion pancake on our first café-return. Somehow, that strange blend of Shanghai's summer breeze, street food and coffee aroma was so reassuring – my city was back!

Now a month later, many small shops, including coffee houses, are still struggling to get back on their feet. Out of desperation or hope, they have become more innovative in branding and products. Some chains are crossing the boundaries to launch products with fashion brands.

Small shops are creating all kinds of special drinks including "green code" coffee. Some are making trending videos while others are selling everything in a café.

You'd be surprised at what the city's over 7,000 coffee shops are selling and doing now. 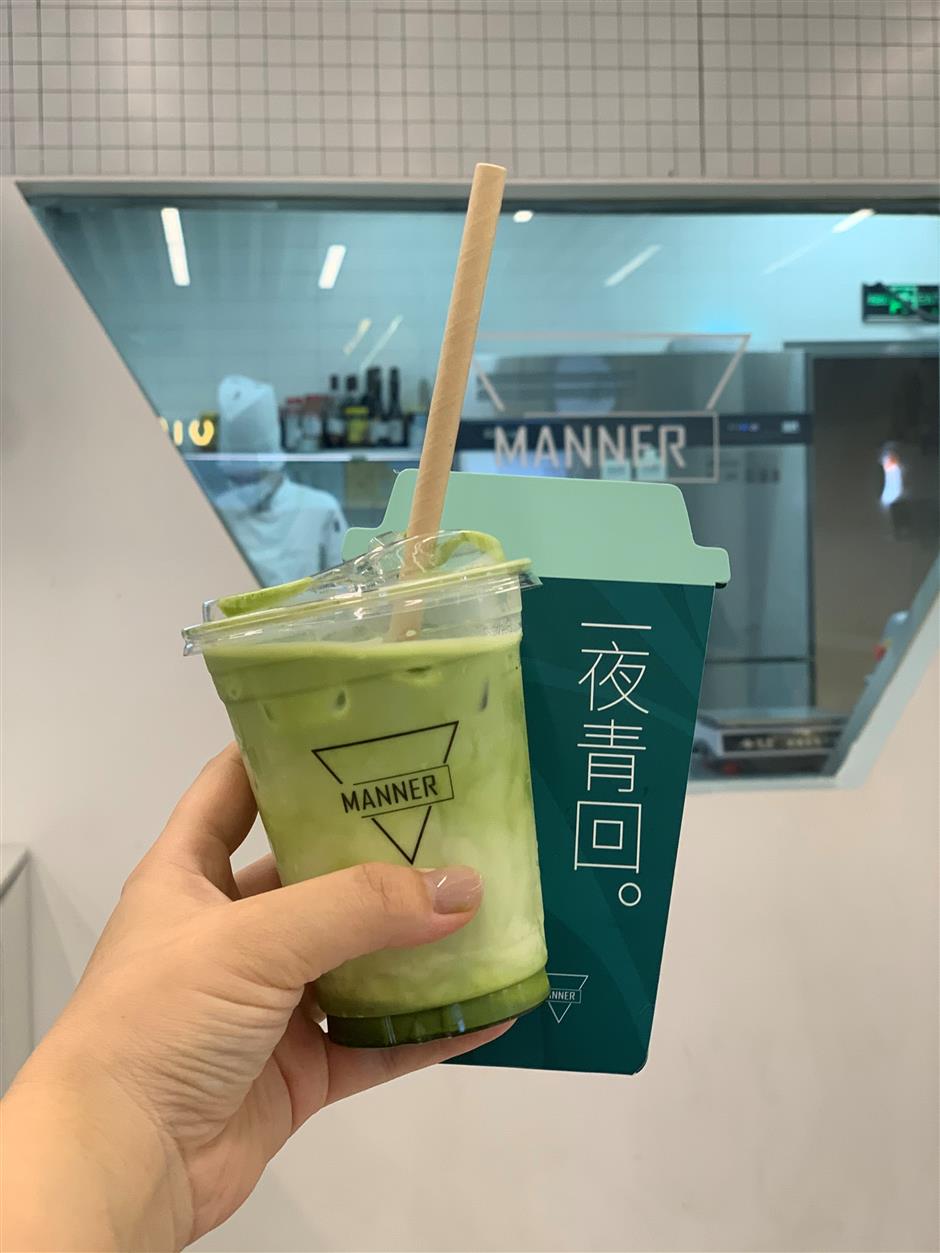 The Carlton Café made it into local English newspaper The China Press in 1926, when it had special show featuring seven American musical comedy artists.

That resilience and pragmatic creativity remind me of the long and intriguing history of coffee in Shanghai – one of an imported product packed with mix-and-match, innovation and a strength to bounce back whenever possible.

The very beginning of the city's coffee aroma was a mismatch when it was sold as a "cough potion" in a pharmacy in mid-19th century Shanghai. Gradually, the "cough potion" became a popular drink along with the opening of Western-style restaurants, nightclubs and later cafés.

According to local archives, there were 186 cafés in Shanghai by October 1946, and another 111 Western-style restaurants that offered coffee.

When you dig deeper into the old photos and archives, you start to wonder about the definition of café – all the business it covered under that single roof.

The city was full of adventurers who are little-known today and only exist in archives and memoirs. One such figure was Louis Ladow, described as one of the most influential nighttime tycoons in the city in the 1920s and 1930s in some Shanghailander's memoirs.

The Kentucky native came to the city at the end of the 19th century and worked in a variety of hotels before starting his own business – the Carlton Café on Ningbo Road. It was said to be the first place in Shanghai to offer regular performances of jazz music and dances.

Later he built Carlton Café on Bubbling Well Road (now Nanjing Road W.), right across from the racecourse. The Carlton Café, or more accurately a cabaret as its Chinese name suggests, often made it into local English newspapers when it had special shows or invited celebrity musicians or dancers.

When the café was shut down in September 1928, the China Press wrote a sensational article that called it a "famous amusement resort so widely known throughout the Far East and always one of the cynosures for tourists from abroad."

"The happy days of the Carlton," the newspaper continued, "which reigned for so long as Shanghai's most luxurious downtown cabaret are ended."

Nobody knew what was to become of the famous café at the time, as its manager denied all rumors on the final night. Three months later, the Grand Theater cinema opened on the same site.

The cinema was demolished in 1931 after screening the film "Welcome Danger" that portrayed the Chinese as drug dealers and robbers. Architect Laszlo Hudec was commissioned to design a new theater on the site, one of his most challenging projects on a narrow, irregular lot sandwiched between tall shops.

The archives also show that local Chinese began opening Western-style restaurants and cafés as early as around 1880. That trend accelerated in the 1920s, when such venues became increasingly more popular and also competitive. 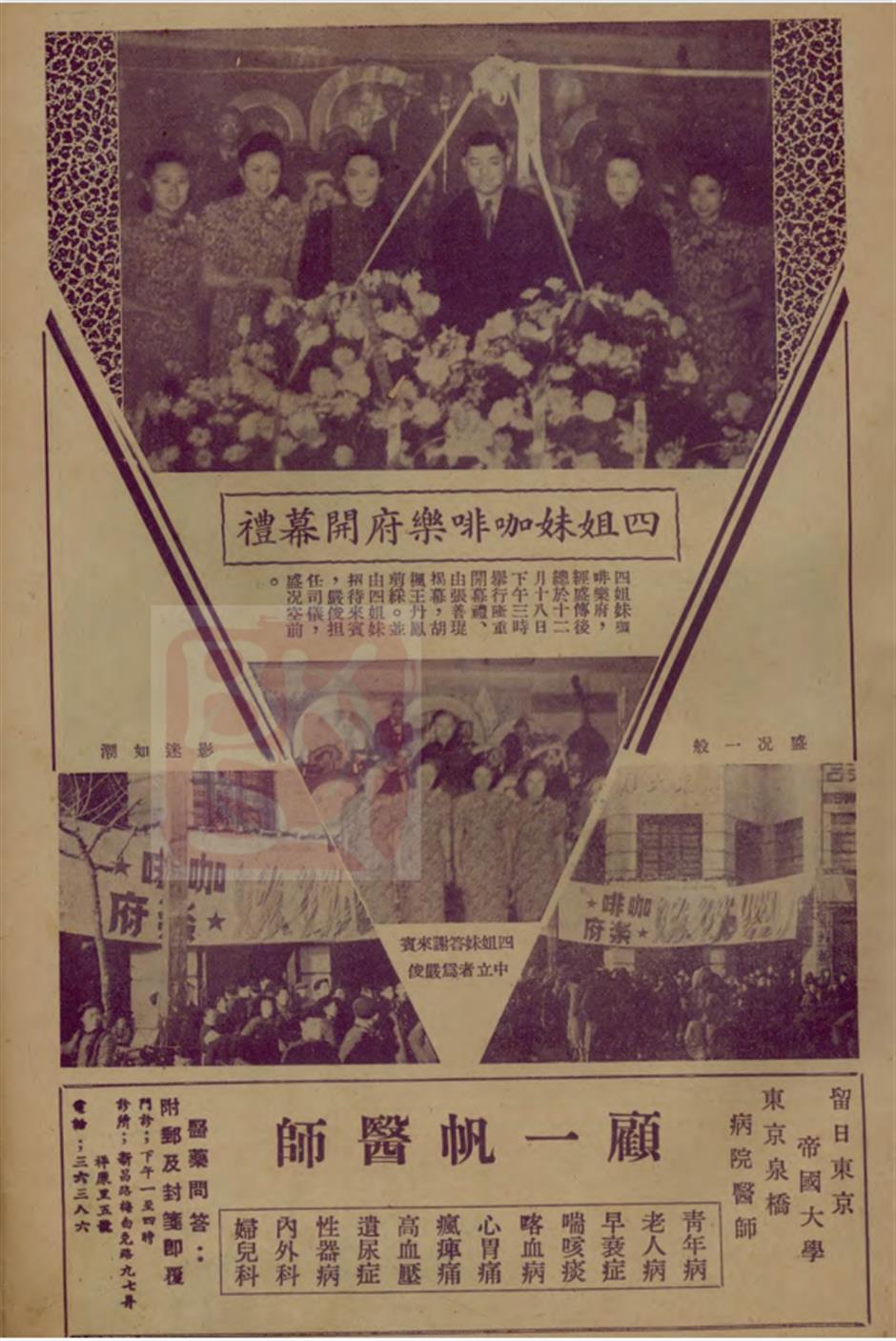 The Four Sisters Café made headline in January 1945.

Many business tycoons joined the business trend and, like today, so did celebrities and movie stars. One short-lived operation that made many headlines was the Four Sisters Café, named after the four movie stars who ran it.

Gong Qiuxia, a film star and singer, was nicknamed "big sister" due to her impressive acting as the eldest sister in the movie "Four Daughters." She became friend with the other three co-stars and they opened the café together. It was quite possibly the first movie-themed café in China.

That has not stopped for over 100 years and that will not stop now, just like that strange blend of cold scallion and coffee aroma that stuck with me, along with a reassured confidence for my home city.