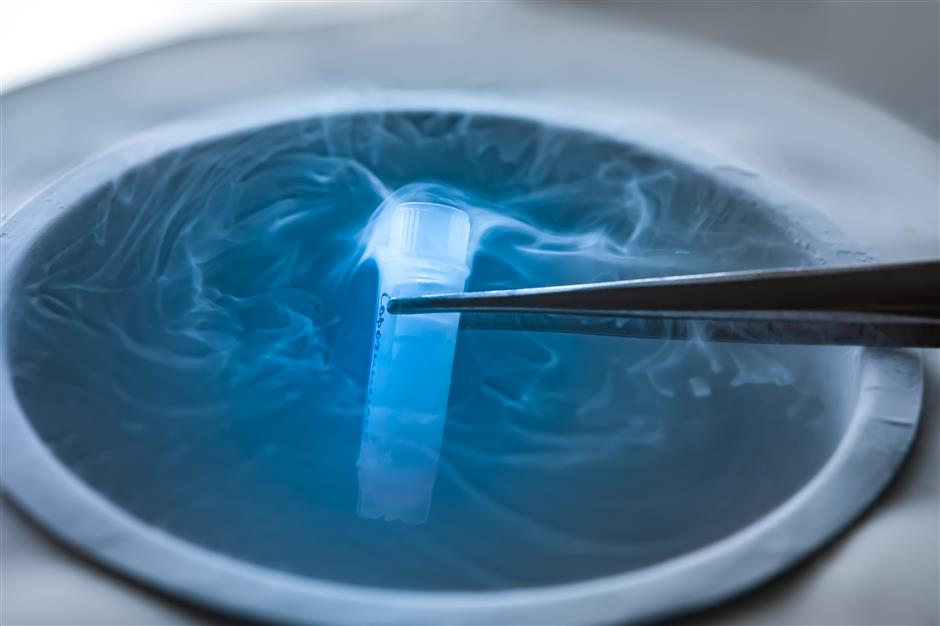 A single woman is appealing a court decision that upheld a Beijing hospital's refusal to freeze her eggs in a landmark case that has drawn nationwide debate.

The case involves freelance editor Teresa Xu, 33, who went to the hospital in 2018 for a check-up prior to freezing her eggs. When she failed to provide a marriage certification, she was turned away by a doctor who told her to get married and have children.

She sued Beijing Obstetrics and Gynaecology Hospital for violating her rights. The case was first heard in December 2019.

The Chaoyang District People's Court in Beijing ruled recently that the hospital hadn't violated her rights because it had complied with government regulations on assisted reproductive technologies.

According to current regulations, dating back to 2003, in vitro fertilization (IVF) treatment is available only to infertile married couples or to people suffering from serious diseases such as cancer and want to ensure their reproductive capability after chemotherapy.

Egg freezing, or oocyte cryopreservation, is commonly classified as a supplement to IVF treatment in China.

Xu received the verdict against her in July and filed her appeal on August 4, Chinese Valentine's Day.

"I'm nervous and excited at the same time," she told reporters at The Paper, a Shanghai-based media outlet. "I hope the case moves faster this time. Over the duration of this case, the subject of singles having the right to freeze eggs has been widely discussed by academics, experts and lawyers. I hope that discussion continues."

Xu's case has underscored the larger issue of gender equality in China. Under National Health Commission rules, single men are allowed to freeze their sperm.

Health officials have defended the gender disparity by pointing out that extraction of sperm is much simpler than the invasive procedure for egg retrieval, which requires anesthesia.

Xu's case has evoked widespread public comment, including trending comments on social media platforms, proposals to the National Health Commission from political advisers, and, most recently on July 28, an online forum of medical, legal and ethics experts hosted by Renmin University of China's Law School.

Those who support the initial verdict argue on grounds of medical risks, the potential of encouraging people to remain unmarried and delay reproduction and the prospect of abusive commercialization. Those who favor Xu's stance point out that the current regulations are outdated, leaving a legal vacuum subject to different interpretations.

"There is no necessary connection between an unmarried woman freezing her eggs and the using of the eggs for IVF treatment in the future," Shi Jiayou, a law professor at the university, wrote in an op-ed on the case.

"So, even if laws and regulations forbid access to IVF treatment by single women, it doesn't necessarily mean single women can't freeze their eggs," he wrote.

Shi cited Singapore's March relaxation of its regulations to support the view that egg freezing and IVF should be legally differentiated.

Singapore introduced new regulations that will take effect next year. They allow single women to freeze their eggs for non-medical reasons. However, there is a caveat: Only legally married couples can use the frozen eggs to have babies via IVF treatment.

Many in China still cling to the belief that only married couples should have children and women with a "ticking clock" shouldn't be allowed to freeze their eggs just because they are not ready for marriage.

The issue of whether unmarried women are entitled to assisted reproductive treatment has always polarized China, especially after 2015.

That year, famed film director and actress Xu Jinglei revealed that she had had her eggs frozen at age 39, in the United States.

That was also the year when the Chinese government scrapped its one-child policy in favor of allowing two children per family, effective in January 2016. Limits were further relaxed in 2021 to allow three children per family, as the nation sought to redress the problem of an aging population and a declining birth rate.

Before I saw that comment, I felt I was just doing something for myself, but the comments made me realize I wasn't just a stranger being watched by people. These single women stand with me. That has empowered me and encouraged me to keep pushing this debate.

Teresa Xu, 33, an unmarried woman who lost a court case involving her right to freeze her eggs

Such policy changes and more open-minded public opinion were cited by some legal experts when Teresa Xu's case hit the courts. However, most legal experts and many people closely following the case expected her to lose.

"It's a glorious loss," Liz Wang, 35, told Shanghai Daily. "I had my eggs frozen in Thailand, so I have been following the case closely. Nobody I have discussed it with thought she could win. But there have been so much debate and so many proposals in the past three years. It's a glorious loss and best wishes on her appeal."

In 2020, 17 political advisers in Shanghai proposed the opening of egg-freezing services in the city's free trade zone.

The responses classify egg freezing in the range of assisted reproductive technologies, which are stated to be inaccessible to single women, according to the 2003 regulation issued by the commission.

The commission also listed three concerns, including potential health risk for women undergoing the procedure, the belief that assisted reproductive technologies must strictly adhere to ethical principles in order to prevent commercialization, and the safeguarding of social interests.

The commission also stated that it will enhance research on assisted reproductive technologies and will push for legislation and clinical application cautiously.

Xu, who first thought of freeing her eggs when turning 30 years old, is determined to continue with the case. At that time, she just ended a relationship and wanted to preserve options to have a baby by freezing her eggs at age 30.

"I'm grateful for friends and strangers who left comments," Xu told Sanlian Lifeweek. I remember a friend commenting, 'Thank you for doing this for all of us.'"

She added, "Before I saw that comment, I felt I was just doing something for myself, but the comments made me realize I wasn't just a stranger being watched by people. These single women stand with me. That has empowered me and encouraged me to keep pushing this debate."