Chen Xianchun of "Team Yiwu" is still filling up containers for the upcoming 2022 FIFA World Cup, set to kick off in Qatar on November 20.

The sales manager of the Yiwu-based Jinzun Trophy factory, in southeast China's Zhejiang Province, has been sending trophy souvenirs all over the world.

"We've already sent out the majority of orders for the Qatar World Cup. But the World Cup usually has a long-lasting effect for all sports-related products, not just FIFA-specific ones," Chen told Shanghai Daily via phone.

"By June, we reached last year's revenue, and now we're quite close to what it was like for the 2018 World Cup. In my experience, orders will still come in smaller numbers over the next few weeks or even months."

According to the Yiwu Sports Goods Association, Yiwu manufacturing accounted for almost 70 percent of the market share of all items to be used in Qatar, from trumpets and whistles, to flags and jerseys of the top 32 teams.

And they are not just sending to Qatar.

Trophy maker Jinzun was established in 1996, and started their FIFA-related export business with the 2014 FIFA World Cup in Brazil. This year, Brazil remains their biggest export destination for trophy souvenirs

"Well, it's understandable that fans there will buy a trophy souvenir, waiting for the team to bring back the real one," Chen said joyfully, adding Argentina is another big market. 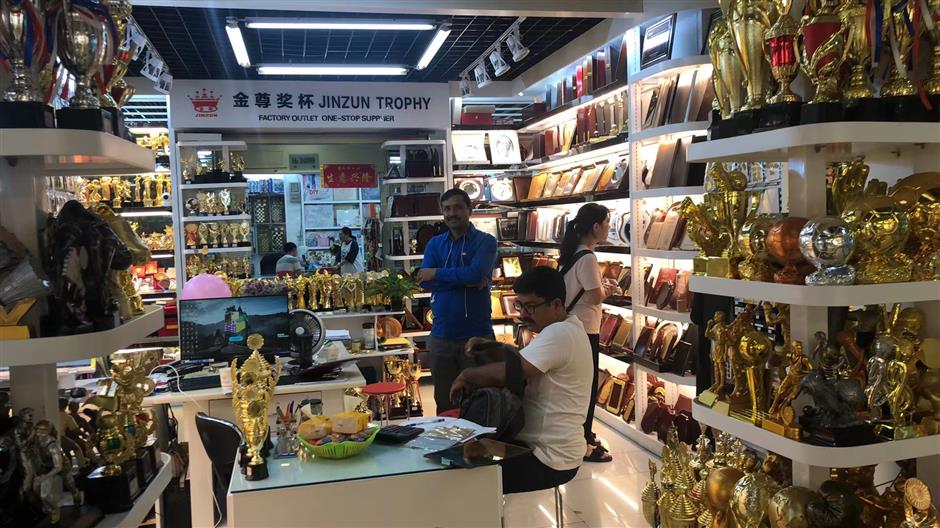 According to the corporate information provider Tianyancha, there are over 152,000 sports-related companies registered in Yiwu, with about 47,000 newly registered in the first nine months of this year.

One flag manufacturer, Shi Mengteng, alone has already shipped over a million small flags of the 32 finalists to Qatar. Her colleagues and competitors at the Yiwu International Trade City have also been sending flags all over the world, trying to anticipate which teams might enter the quarterfinals, simifinals and finals, to be prepared for more subsequent orders.

And sports games are not only bringing orders for sports-related manufacturers, as trade of toys in Yiwu also picked up speed this year.

On November 14, the mascot for the 2024 Paris Olympics was revealed, and the games organizers also admitted that most of the toy replicas of the mascot are made in China, "like the great majority of toys sold in France."

The small commodities market and the city of Yiwu are both gradually recovering from impacts of the pandemic, which made it near impossible for foreign customers to visit the market and see the products with their own eyes.

The latest statistics show the city's import and export volume reached 354.19 billion yuan (US$50.3 billion) in the first three quarters this year, up by 29.9 percent year on year.

"It's very important for me and my clients, mostly supermarkets from India and South America, that I'm physically here and can check for quality and new products in the market," Indian merchant Vikrant Jawharkar, who goes by Rockey in China, told Shanghai Daily.

"I was instantly getting many orders when my clients discovered I was back in Yiwu."

Jawharkar was among 107 merchants on the first chartered flight from India to China in August. 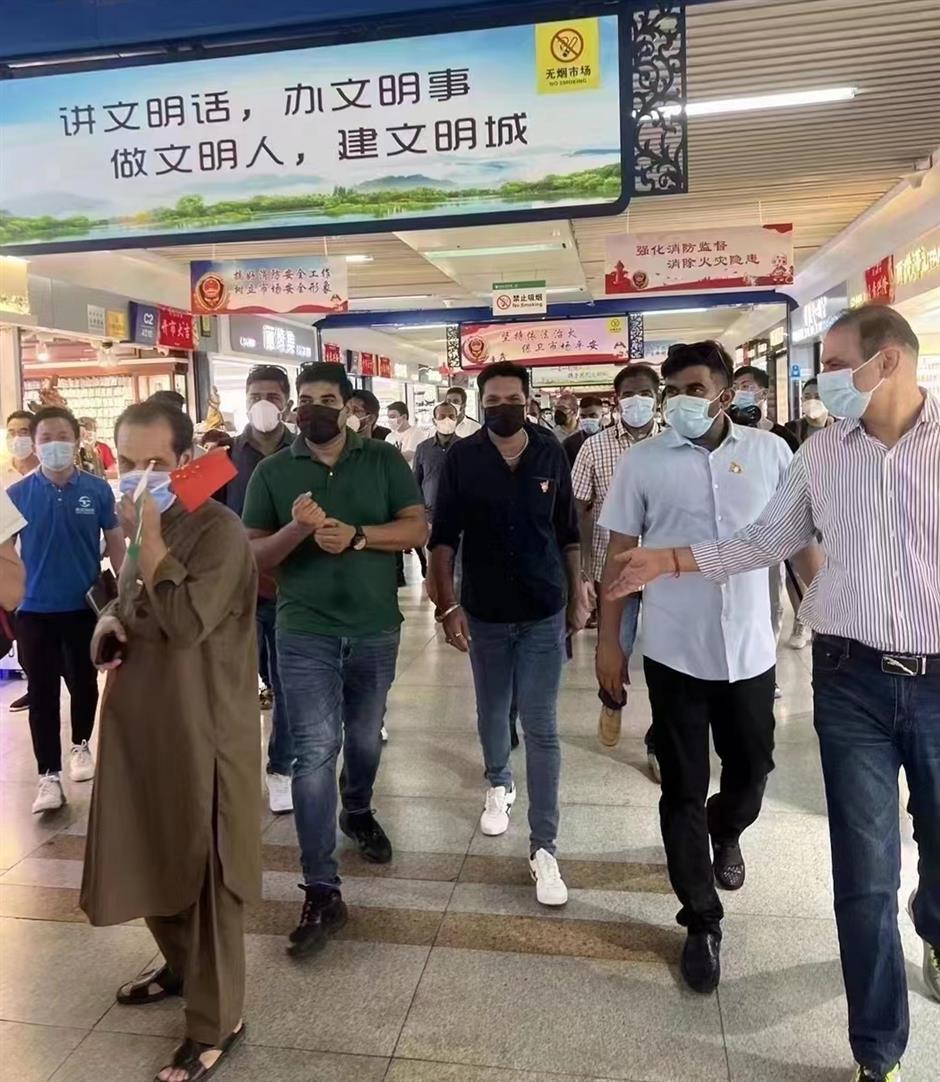 A community leader among Indians in Yiwu, he has lived in China for nearly 20 years since he started working at a trade company in Guangzhou, south China's Guangdong Province, in 2003. In 2007, he set up a trade company in Yiwu, exporting daily essentials from slippers to electric items.

Jawharkar also started importing Indian products to China in 2018, and brought Indian sugar and mango products for his first participation in the China International Import Expo in Shanghai earlier this month.

After he returned to India in 2020, he had to conduct business mostly online. It wasn't ideal, especially for his business, which involves scouting for the hottest new products for supermarkets.

"I'm so glad to be back, and searching for new products every day at the market," he said.

"Although business isn't back to pre-pandemic levels yet. It's improving. Prices for freight and time for transportation are also getting better from the previously crazy times."

Trophy seller Chen also learned to showcase the products online via photos and videos over the past three years, while most of her clients would prefer on-site communication.

"It was a bit challenging at the beginning, now we're used to doing it online, but it's not the same for many foreign clients who really love on-site communication," she said.

"It's all been improving, so let's have some confidence that business will resume to the usual standard." 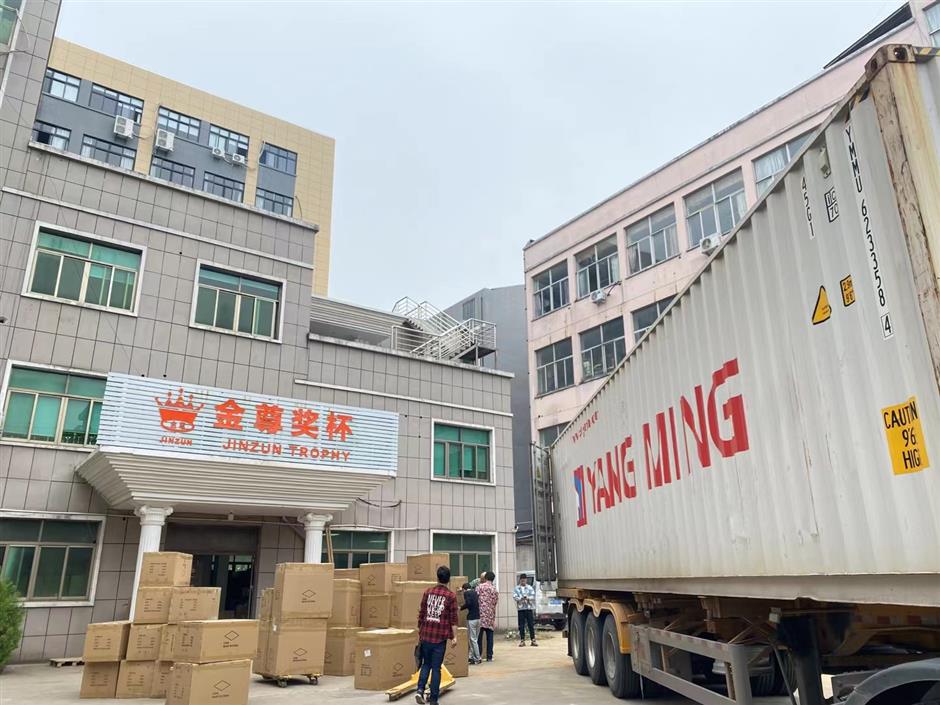 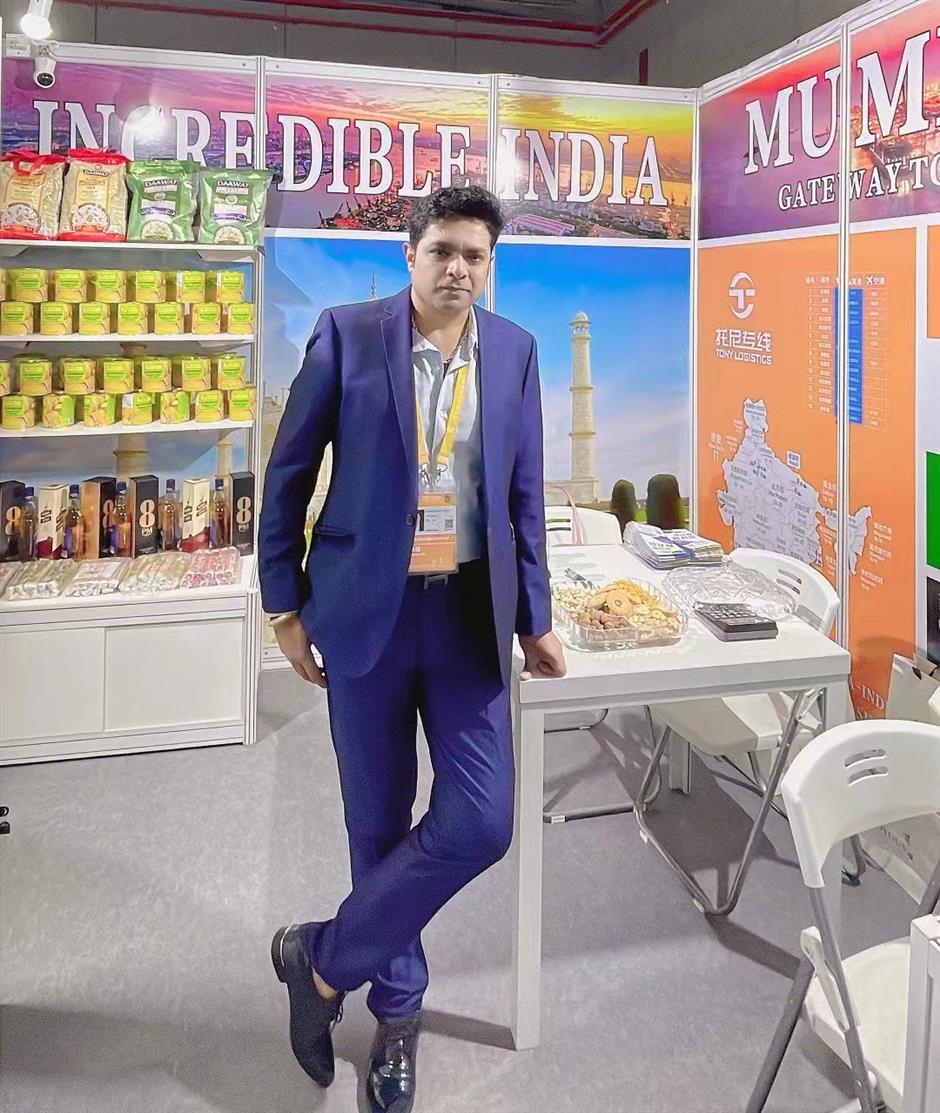 ﻿
Special Reports
﻿
A 'green' exhibition is making the rounds of Shanghai
Work on a national medical center begins in Shanghai
Countryside coffee festival brings intangible culture for the whole family
What do you weigh? How (and why) I lost a stone in Huangshan
Shanghai Book Fair opens on a smaller scale
Over 1,000 artifacts unearthed on China's Taoist mountain
Driver charged with "attempted murder" after injuring 25 police recruits in California
Coronavirus stole the spotlight, creative artists are winning it back
Shanghai gets first IP center for artificial intelligence
The shrinking great lake: So what's your 'water footprint?'
EXPLORE SHINE