Crime and true-life series: How China is captivating foreign audiences 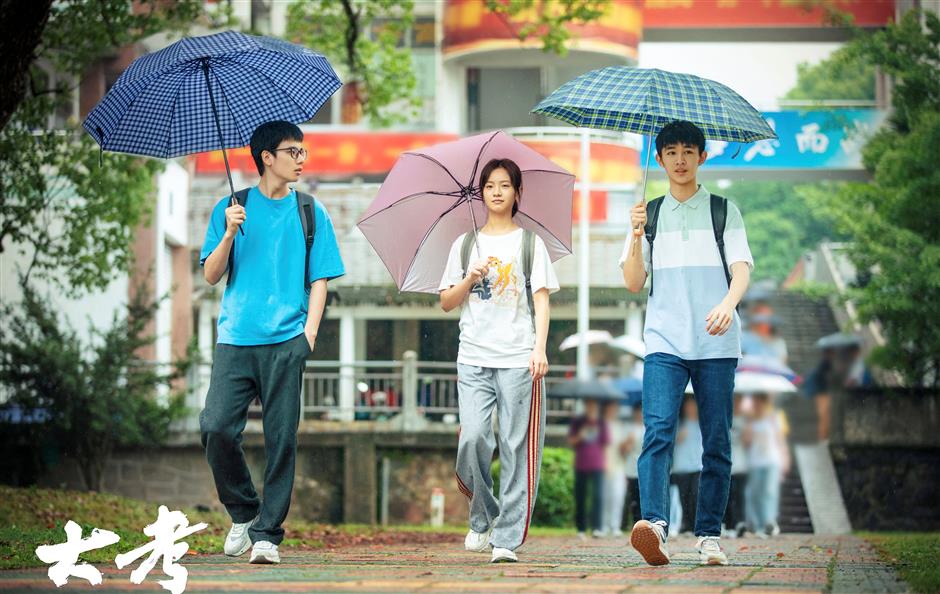 The recent TV series "The Examination for Everyone" aired for audiences in 191 countries and regions across the world.

Suspense and heartwarming real-life stories are winning foreign audiences as Chinese TV and online series move beyond the once standard costume dramas and fantasy epics.

Japanese public broadcaster NHK will start airing iQiyi's acclaimed crime thriller series "The Long Night," based on a novel by Zi Jinchen, on December 18. It's the first time NHK, known for its high standards in selecting of foreign-language content, will be broadcasting a contemporary Chinese suspense thriller series.

Since 1995, NHK has aired less than 10 Chinese series, most of which were historical epics such as "Romance of the Three Kingdoms" and "Wu Zetian."

In announcing the new Chinese series, NHK officials praised how it unravels the truth behind a crime, cleverly entwining with three separate timelines. 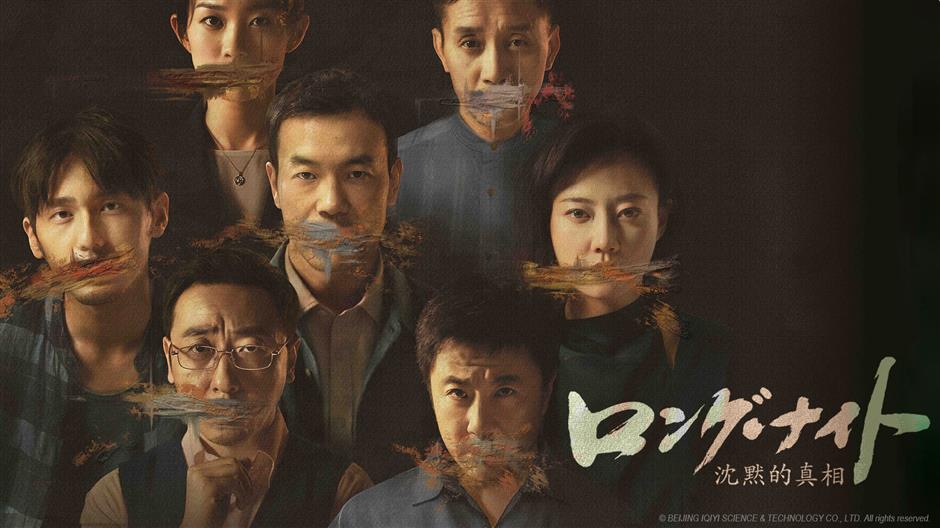 A Japanese poster for the Chinese crime thriller series "The Long Night," which will be broadcast on NHK BS4K channel on December 18.

In the book, a suspect confesses to murder after being caught red-handed. But when the investigation is complete, the case suddenly changes, and a prosecutor spends 10 years investigating the mystery.

The 12-episode "The Long Night" stars Liao Fan, who won the Silver Bear Award for Best Actor at the 64th Berlin International Film Festival for his performance as a cop in "Black Coal, Thin Ice."

Ahead of NHK's new broadcast, Wowow, a Japanese subscription-based satellite television channel, purchased the rights to the Chinese suspense series "The Bad Kids."

Set in a small town in China, the series follows the lives of three young witnesses in a murder case. It aired to wide acclaim in Japan last year. 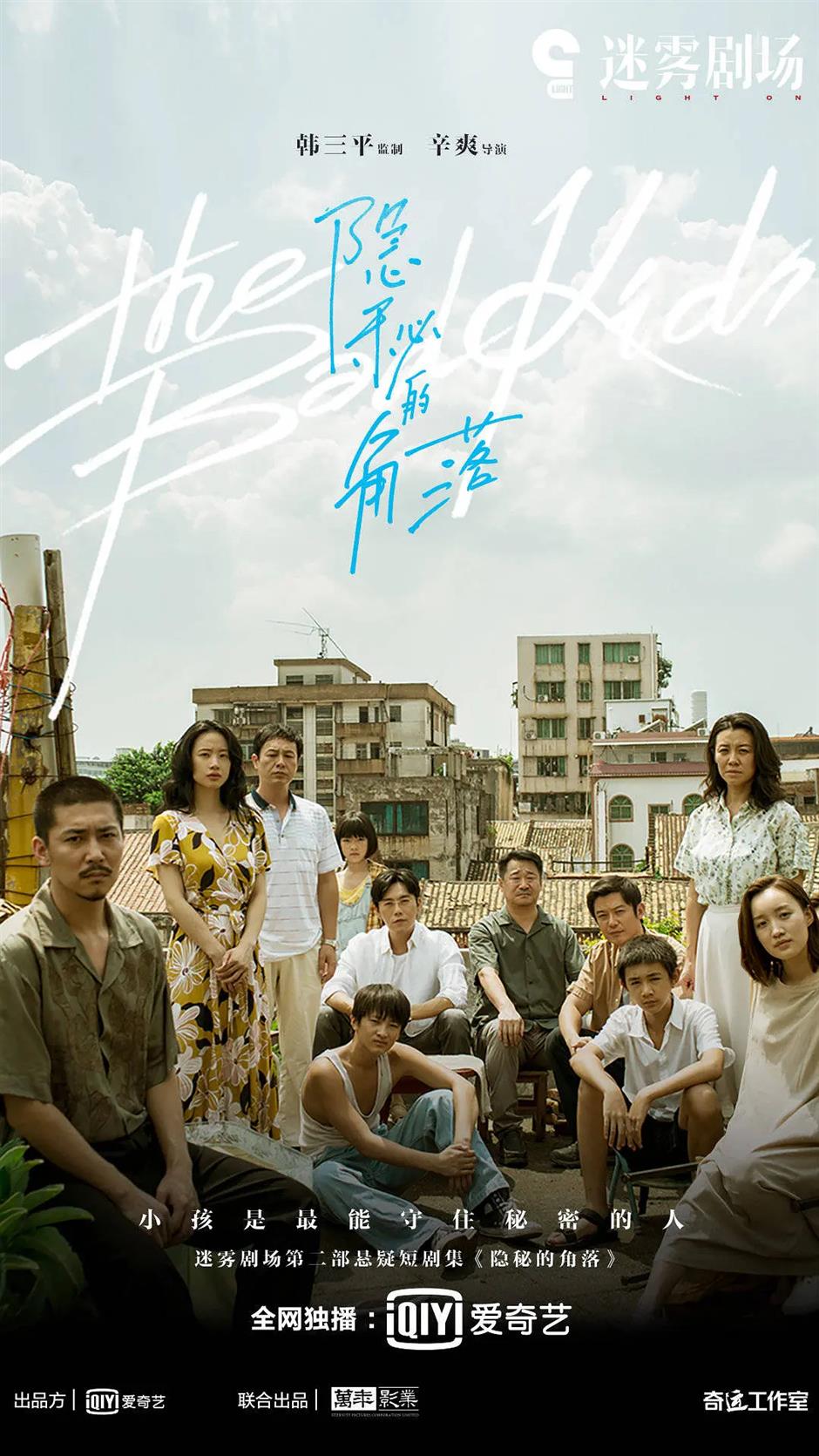 A poster for "The Bad Kids"

Even the streaming giant Netflix has become intrigued by Chinese crime series. The US-based company has acquired the global rights to multiple productions, including "Day and Night," "Burning Ice" and "Reset."

Aside from crime, Chinese TV series based on heartwarming real-life stories about ordinary people are also enjoying popularity with foreign audiences.

The recent TV series "The Examination for Everyone" aired for audiences in 191 countries and regions across the world. It will also be broadcast on China's Phoenix Television channels in Europe and America.

The series portrays a high school's efforts in 2020 to ensure a smooth national college entrance examination amid a backdrop of coronavirus and floods. It provides an insight into public solidarity in the face of difficulties. 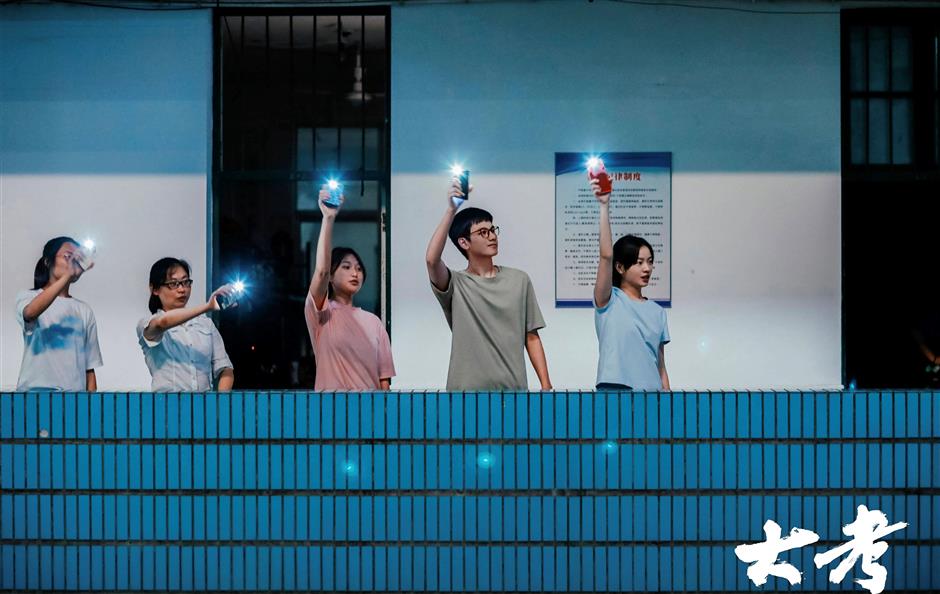 A still from "The Examination for Everyone"

The anti-drug TV series "Being a Hero" has also won rave reviews from overseas audiences on Twitter and Thailand's streaming platform TrueID. The series is loosely based on true cases from narcotics and rehabilitation authorities in law enforcement's fight against the drug trade.

"We look forward to further ties with Chinese producers and broadcasters to bring more excellent Chinese dramas to Europe," he added.

A Japanese fan from Hiroshima, surnamed Sato, speaks highly of Chinese urban dramas, citing the legal series "Draw the Line," the family drama "All Is Well" and the epic series "A Lifelong Journey." 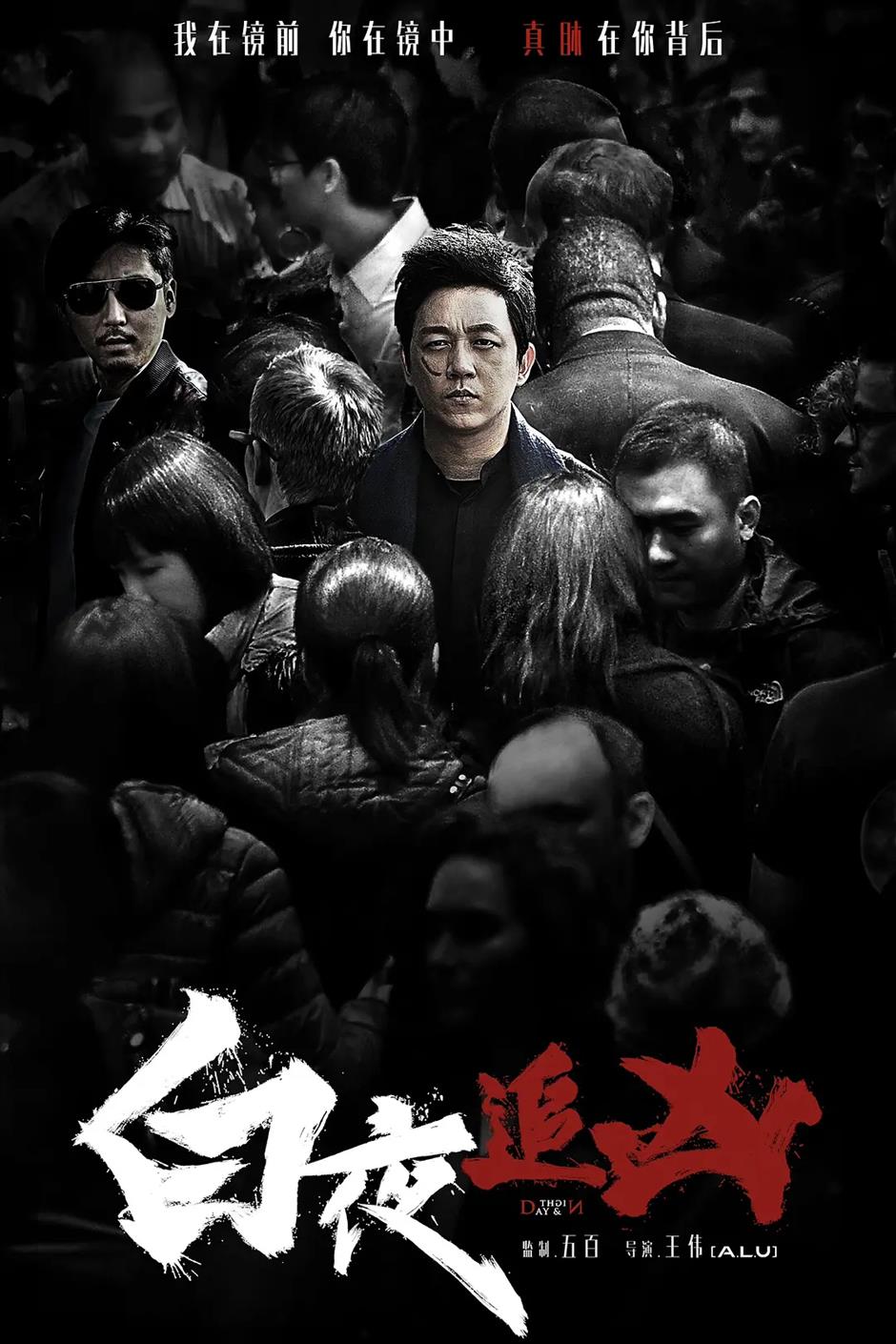 Netflix has acquired the global rights to multiple Chinese productions, including "Day and Night."

Sato, who is in his 60s, told Chinese media that he has visited many Chinese cities and remains intrigued by the culture and society of the Chinese mainland. He said he finds parent-child ties stronger here than in Japan and is looking forward to the second season of "Draw the Line," which depicts social problems such as sexual harassment and a high divorce rate.

"Many such social problems also exist in Japan, and these dramas narrow the psychological gap between our cultures," Sato said. "Japanese TV news usually reports big events about China, but it's harder to get to know how ordinary Chinese people live. Their touching stories resonate with me."

Chinese productions have been constantly improving their scriptwriting, production and marketing. Major streaming platforms like iQiyi and Youku have established ties with online novelists to churn out original stories. They have also formed their own overseas distribution teams. 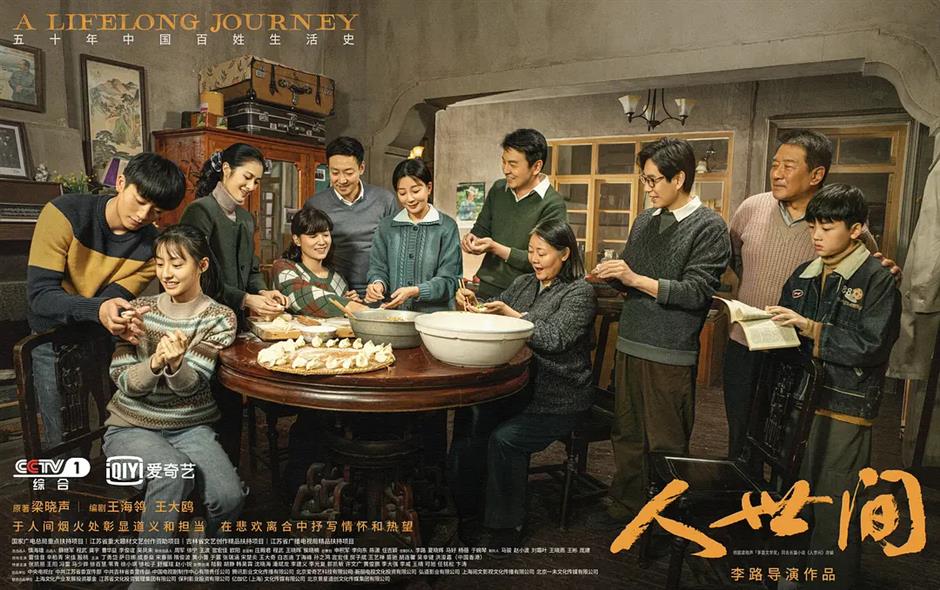 A still from the epic series "A Lifelong Journey"

Youku's recent productions – the urban romance "Master of My Own" and the suspense drama "Be Reborn" – have been distributed to global broadcasters and platforms, including YouTube, US broadcaster NBC and Hong Kong-based Viu.

Zhou Peng, the Youku official in charge of overseas business, said the platform has found increasing audiences in Southeast Asia, North America and the Middle East.

"The implicitness of romantic Chinese dramas attracts many viewers in the Middle East," he said. 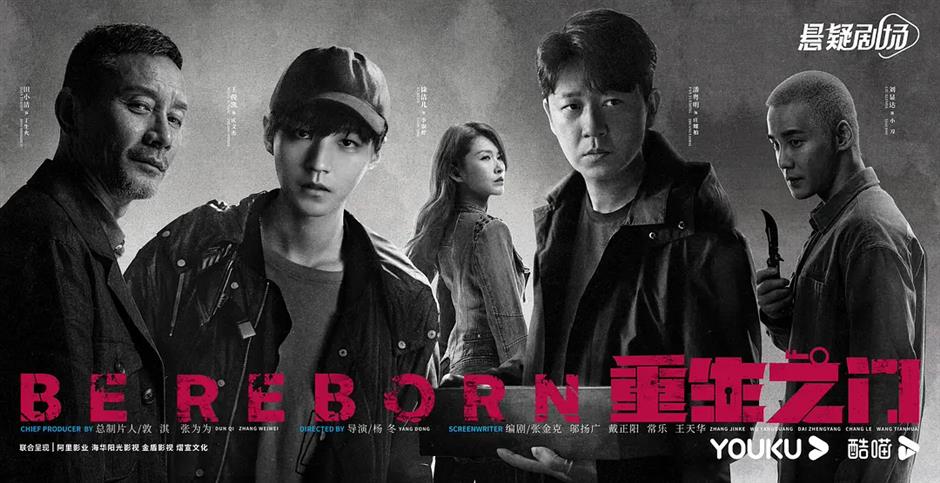 A poster for suspense drama "Be Reborn" 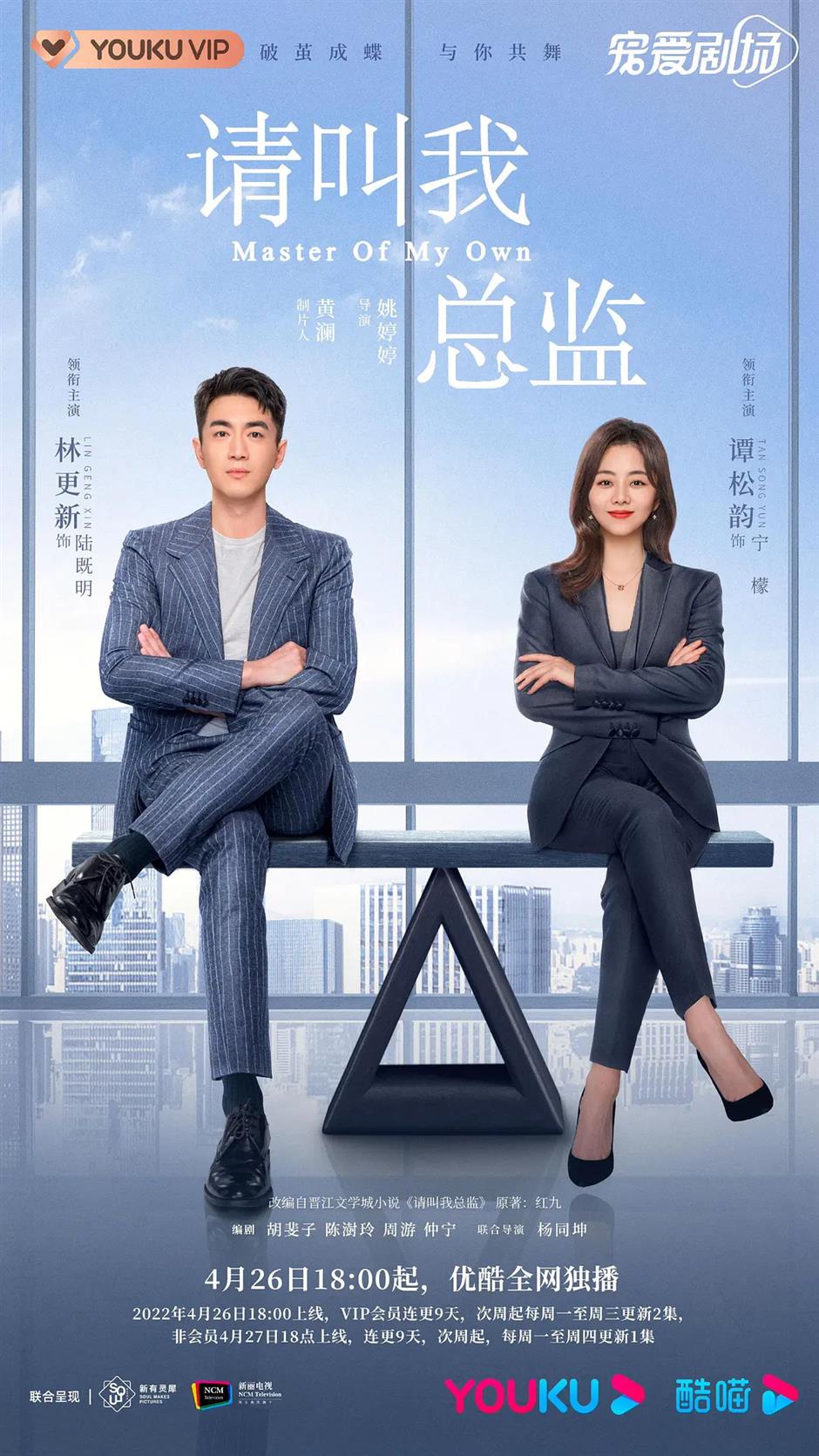 A poster for urban romance "Master of My Own"

Since 2019, shorter Chinese series have become a popular staple for producers, in part because they are cheaper to mount – usually costing less than 5 million yuan (US$698,000) per season.

For hit series, producers usually prepare multi-language versions. Foreign viewers are sometimes encouraged to write new endings to a series and interact with their Chinese idols.

After viewing the TV series, many Japanese fans practice writing Chinese verses that appeared in the dramas and post their calligraphy works on social media platforms. They also compare notes on how to make simple Chinese delicacies like steamed twisted rolls for breakfast. Some even create little cute dolls based on the characters of Chinese dramas.