A park so large it takes hours to explore 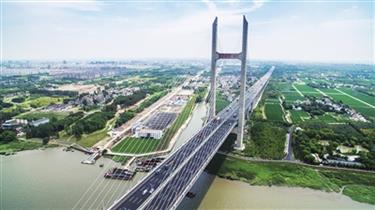 Living amid the bustle and noise of an urban area, it’s not surprising that Shanghai residents often yearn to immerse themselves in quiet, green surroundings now and them.
This month, they will have a new and somewhat grandiose site offering them the tranquility of nature. The Pujiang Suburb Forest Park in the Minhang District opens this month after a year of construction.
The new park is so large that it would take at least six hours for a rough tour through the whole area. It’s seven times larger than 140-hectare Century Park in the Pudong New Area.
Admission to the new park is free. Visitors will be delighted by its five major sections, each featuring themes built around different cultivars of trees, flowers and shrubs. There are also expansive areas of water. 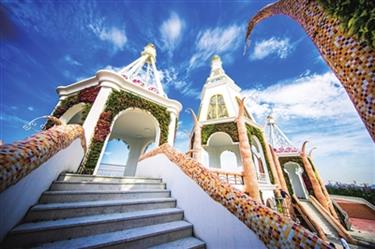 Castle of Flower Fairies is the highlight of the first-stage construction,standing 34 meters tall. 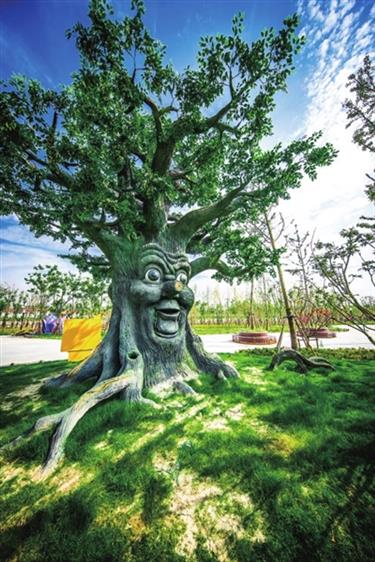 The inspiration comes from dreamy castle of the fairy queen described in folk stories.

The highlight of the first-stage construction is the Castle of Flower Fairies, standing 34 meters tall. Various blossoms decorate the wall around the castle, changing color with the seasons. The site utilizes a drip irrigation system to conserve on water and the temperature inside the building is thermostatically controlled.
“The inspiration comes from dreamy castle of the fairy queen described in folk stories,” said Zhu Tieliang, manager of the construction program.
Across from the castle is a worship site named after the Greek goddess Flora, whose love of flowers made her a symbol of spring and fertility in mythology. A perfect spot for modern weddings!
Other attractions include Flower Valley, a wetland area that provides habitat for wild egrets, and a four-kilometer walkway along the Huangpu River. Zhaijing Lake sits in the center of the park.
But the most beautiful season to get out and enjoy what the Pujiang Suburb Forest Park has to offer is yet to come. The park has been especially designed to showcase the grandeur of autumn. Gingko, maple and redwood trees planted around the lake will mirror a panoply of brilliant colors on the water when their leaves turn in the autumn.

“The best time for viewing is around September to October,” said Zhang Xiong, vice manager of Minhang Real Estate Management Co, which was involved in the construction. “And the scenery will only get better year after year as trees grow.”
To mark the autumn harvest season, a large orchard has been planted, where visitors will be able to buy fresh fruit.
“Pujiang Suburb Forest Park rediscovers the natural beauty of the landscape,” said Zhang. “In construction, we have aimed to preserve what is natural. There will be stunning views all year around.”
Pujiang Suburb Forest Park is part of a Shanghai project aimed at creating 21 suburban nature and forest preserves where people can go for fresh air and perhaps a fresh perspective on the natural environment. The project aims to show that Shanghai is more than just a concrete jungle, but rather a lifestyle city that cherishes greenbelts and outdoor leisure areas. Seven parks will be completed and open to the public in the next two years.
Pujiang Suburb Forest Park is the closest one to the city center. It is only a half-hour drive from People’s Square and is also accessible via the Shendu Road station on Metro Line 8.
Source: SHINE   Editor: Chen Xingjie