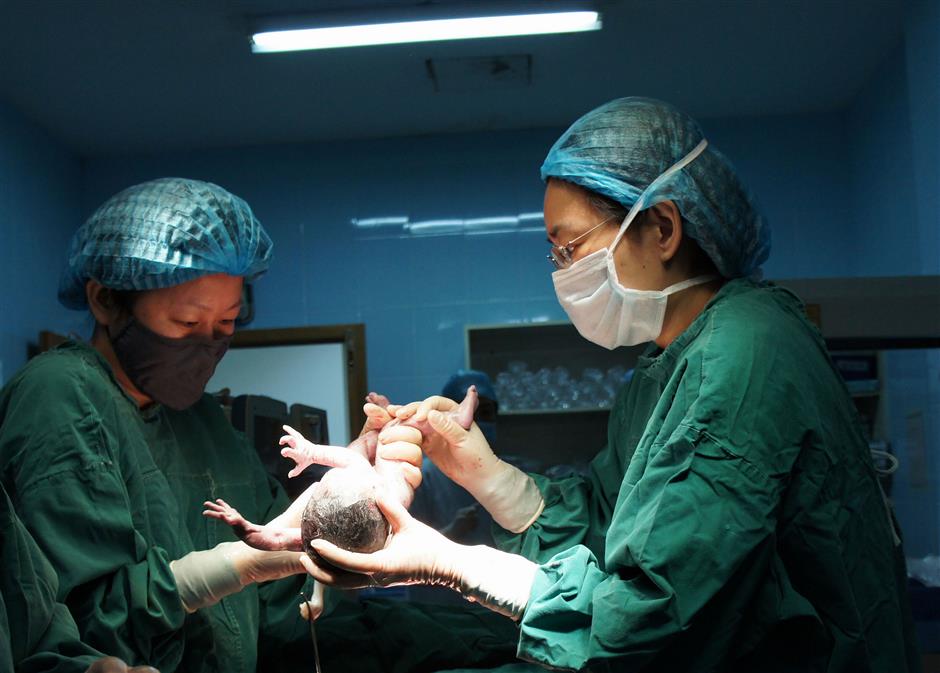 The numbers of pregnant women at local maternity hospitals classed as being at high risk are estimated to be up by 20 to 30 percent since last year .

This is mainly because many of the women, most of whom are pregnant with a second child, are deemed too old to safely give birth and because of complications due to their previous deliveries, said officials from Gynecology and Obstetrics Hospital of Fudan University.

There was a surge of pregnant women last year after the government started to allow all couples to have a second child in late 2015.

Many couples in their late 30s and 40s attempted to have a second baby soon after the new policy was announced.

Such a rise of risky pregnant women is not only seen in Shanghai but across China. Many patients with serious conditions travel to big cities like Shanghai and Beijing that have a higher medical capability after being discovered with risky conditions.

As a result a national maternity health-care network is being set up in Shanghai to enhance obstetric service, critical pregnant women rescue, and gynecological cancer treatment.

It is the first such network in the nation and is tasked with overseeing the health and safety of women and children, health officials said. 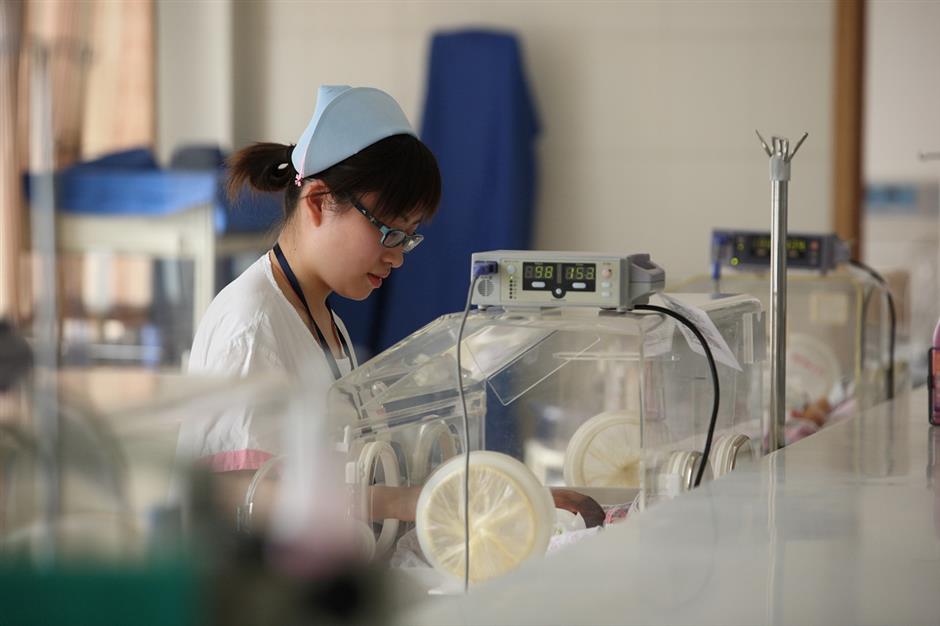 Reducing the mortality rates for pregnant women and infants as well as improving average lifespans is the key aim of the network, especially as all couples are now allowed to have a second child.

“The network will work out a unified and standardized clinical guideline and promote it to grassroots hospital to regulate hospital practice, especially drills for obstetric emergency,” said Dr Xu Congjian, president of Gynecology and Obstetrics Hospital of Fudan University, one of the four leading hospitals in the network.

“Hospitals in second and third cities lag behind in both skills and experiences on emergency pregnant women rescue, compared with leading cities," Xu added.  "Some serious cases, which are not so unusual in big cities, are never or seldom seen in small cities, where doctors lack of proper knowledge and capability to handle them.”

The network, "which breaks the barriers between provinces," will share sources of specialists, clinical data and cases, scientific research and education, said Xu. "Green channels will also be established to streamline emergency rescue. We will also cooperate on gynecological cancer prevention and control.” 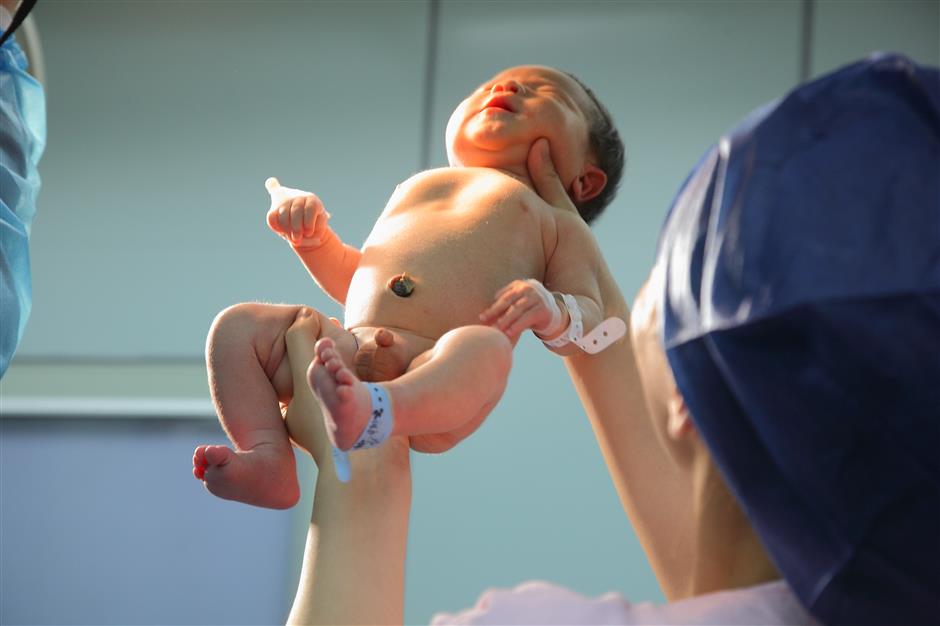