Songjiang house in middle of road to be demolished 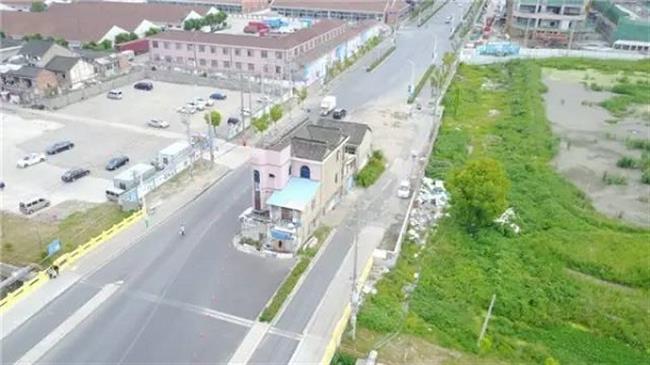 There are frequent traffic jams along the road, which was designed to be a main motorway for the area, due to the bizarre bottleneck.

A house in Songjiang District that has stood firm in the middle of a road for more than a decade will finally be demolished.

After joint government effort, the bizarre sight in Huting Road N. in Jiuting Town, will soon be no more.

The house has made headlines for years since photographs were posted online.

The owner of this three-story “nail house” surnamed Xu, who is 87 years old, has finally agreed to hand over the house, ending a long confrontation with the government over compensation, the district government said on Tuesday. But it declined to give details about the agreement.

Such homes left standing while work proceeds around them are known in China as "nail houses" because they stick out and are difficult to remove, like a particularly stubborn nail.

The district government said on Tuesday that demolishing will start in October when the busy road section around the house will be upgraded to four lanes from the current two.

There are frequent traffic jams along the road, which was designed to be a main motorway for the area with 100,000 residents, due to the bottleneck around the house.

“A special team was organized to try to persuade the owner,” an official with the Jiuliting Subdistrict said. Two officials negotiated with the owner and the family on eight occasions, the official added.

The district’s land resources and planning authority, the legislative affairs office, as well as the subdistrict and township governments, jointly held a conference and invited the house owner to negotiate on the relocation. Vehicles have had to detour the three-story “nail house” that has stood in the middle of the Huting Road N. in Jiuting Town since 2006