Cyclists and e-bike riders flagrantly flouting the law is one of the bugbears of Shanghai — now they are facing their comeuppance.

Traffic police, who are often too busy to pursue the offenders, have got a camera that can do the job for them.

Located at the crossroads of Zhongshan Road N. and Jinshajiang Road near East China Normal University, the camera has taken pictures at over 30 offenders since the end of last month, police said on Wednesday. 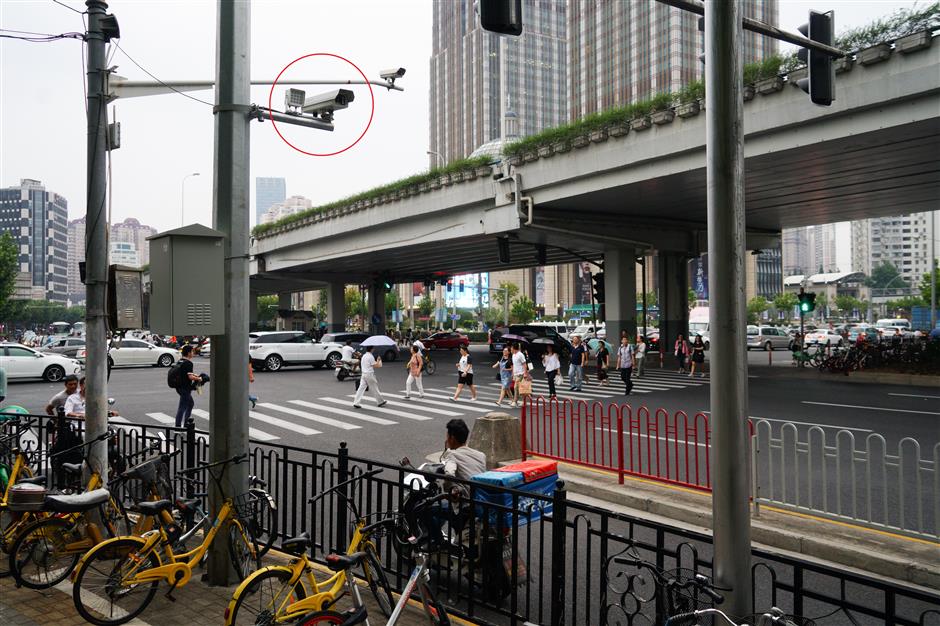 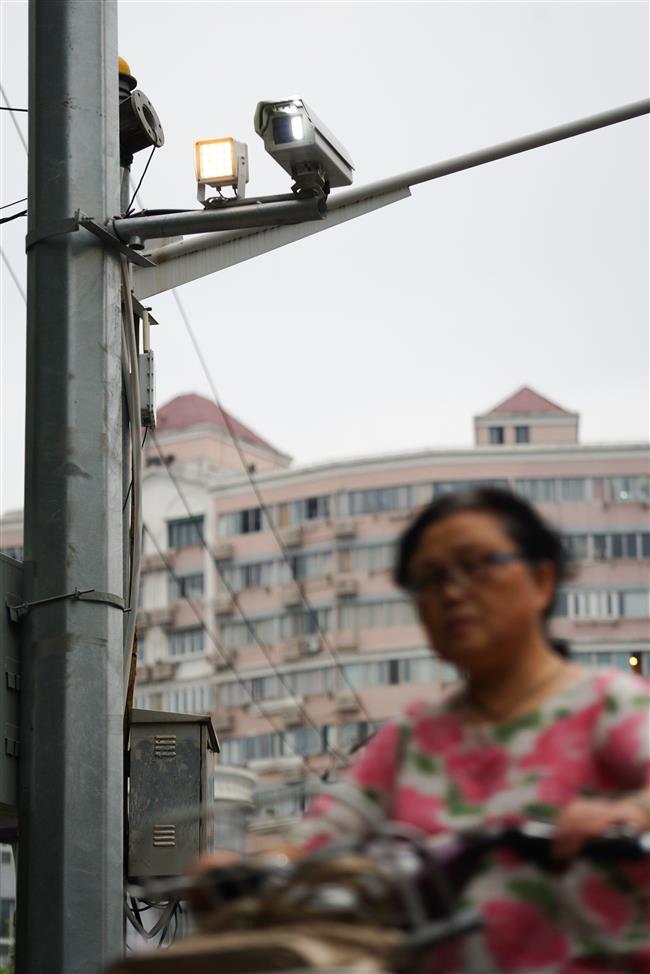 Facing a bike lane on which traffic is supposed to move from north to south, the camera snaps bike riders who ride from south to north.

The camera starts to take pictures when detecting a human face moving towards it and sends the evidence to police backstage for verification.

“The face of the offender is matched against identity card pictures in our database, and then the system will return results when at least 90 percent of similarity is found between two faces,” explained Wu Chenwei, an official from the technology department of Shanghai traffic police.

That’s why people who ride motorcycles or who are on foot can also be caught by the camera. While the former also face being punished, the latter are not being targeted, although pedestrians are not supposed to walk in bike lanes.

“This software we developed will keep learning and eventually learn not to take pictures of pedestrians,” Wu said, adding that bike riders who wear a helmet, sunglasses or a mask over their mouths can also be identified.

Among the 30 or so offenders caught on the camera so far, most were on e-bikes and one was riding a motorcycle. An e-bike rider was caught twice.

A man on an e-bike is caught going down a bike lane in the wrong direction at 9:45am on September 4. 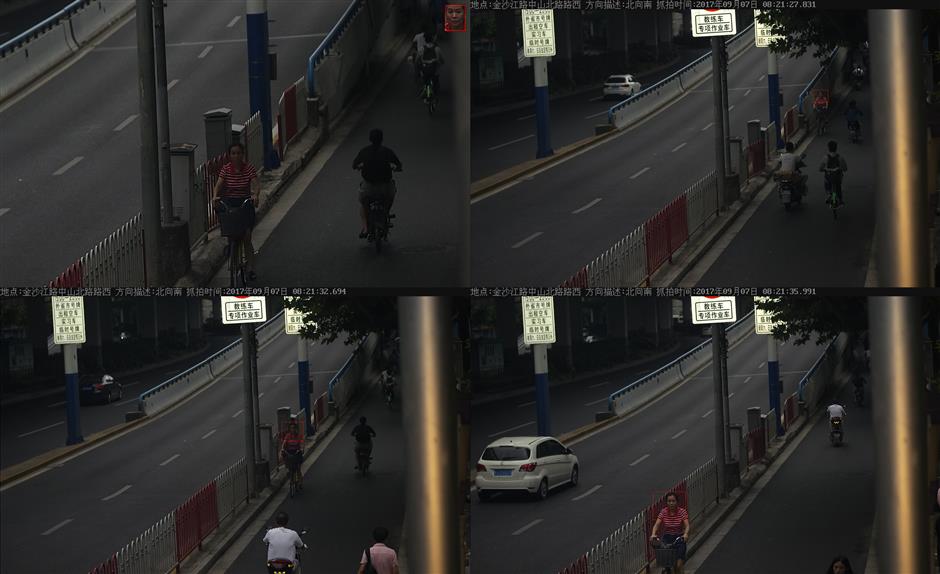 A female cycist is caught going the wrong way along a bike lane at 8:20am on September 7.

Police then trace and call offenders and tell them to pay a fine of 50 yuan (US$6) at the district traffic police’s office. Nine offenders have now done so.

“We allow them more than 15 days to pay the fine because some of them might live a bit far from the place where they’re supposed to pay,” Wu said.

Those who tell the police over the phone that they won't pay the fine will have their faces displayed on bus stop advertising screens and other public digital public bulletin boards.

“Those who have been caught multiple times will also be subject to the same measure,” Wu said, adding that the police have consulted the court and were told that this doesn’t represent infringement of privacy because those who are publicly shamed this way broke the law.

Cameras that can target bikes going the wrong way down a bike lane will soon be installed at other crossroads in Shanghai, including Wuning and Changshou roads. Police said the busiest crossroads will get priority.

An expatriate and from Serbia who frequently cycles in Shanghai said he doubts whether the new camera will help to curb the offending bike riders.

“Those who ride bikes in a wrong lane often stick to the side, and if I’m about to run into one, I will simply ride the bike to the other side to avoid him,” he said. “Everyone does so.”