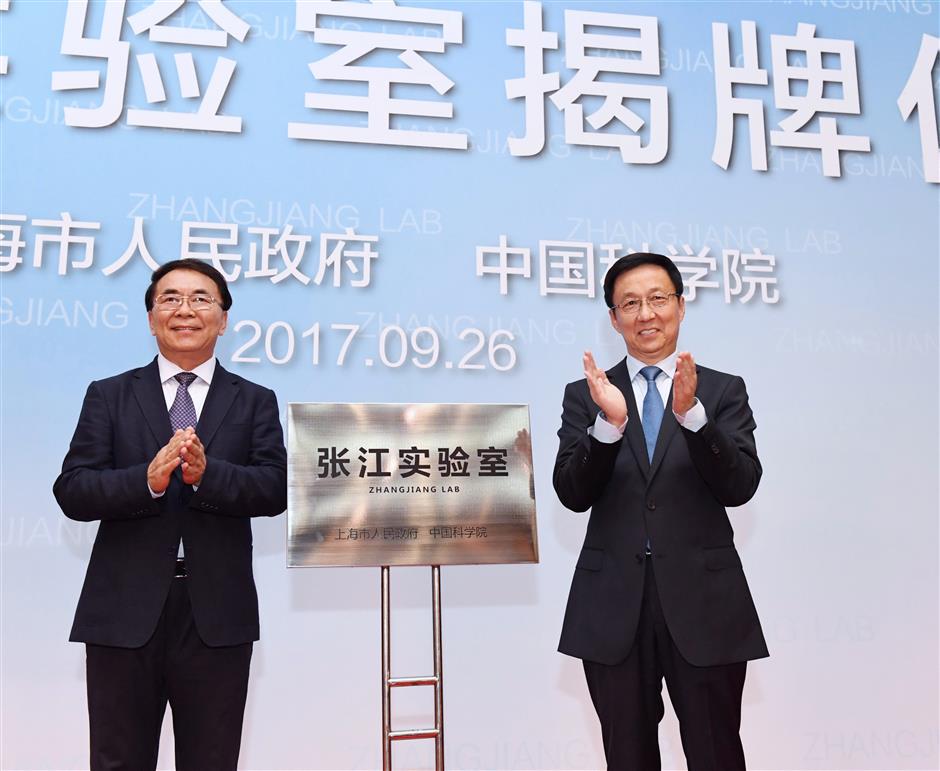 Shanghai's ambition to  be a global innovation and science hub took a giant stride on Tuesday with the unveiling of Zhangjiang Lab.

The lab, co-built by the city government and the Chinese Academy of Sciences, was unveiled in Pudong's Zhangjiang Science City.

“In the beginning of the lab’s development, we will focus on building up major scientific facilities to make breakthroughs in fundamental sciences,” said Wang Xi, director of the lab, who is also the head of Shanghai Advanced Research Institute, which is part of the academy.

Several national-level major science facilities in Zhangjiang will be integrated into the institute to make the lab better serve the science community.

Shanghai Synchrotron Radiation Facility is part of the set-up. This facility can create super beams hundreds of millions of times brighter than a normal X-ray.

Construction of a hard x-ray facility — an x-ray with high photon energy — will begin this year. The facility is expected to be China’s most expansive science infrastructure project.

Wang added the lab aims to attract top researchers from across the world. Officials have set a target to become a world-class national laboratory by 2030.

Last year, President Xi Jinping said China will facilitate the  the setting up of innovation platforms and national laboratories will play a leading role in those platforms.

Wan Gang, Minister of Science and Technology, said at a  Pujiang Innovation Forum on Saturday that the country will further develop fundamental science and invest more in scientific infrastructures.

Also yesterday, an innovation and research institute for microsatellites of the academy was inaugurated in Zhangjiang.

Bai said the institute aims to be an innovation engine for satellite science and contribute to the country’s space ambition.

Ying said the institute represents a new phase in the development of Shanghai Engineering Centre for Microsatellites, which was co-built by the academy and the city government in 2003.

The city will continue to support the development and construction of the new institute, Ying added.