Don't feed the monkeys: they're getting fat

Shanghai Zoo’s monkeys grew fat during Golden Week as visitors fed them extra treats, and officials are asking the public to stop spoiling the animals.

“Orangutans, baboons and monkeys have obviously gained weight after being stuffed with too much food given by tourists during the holiday and they lose interest in their normal diet like fruits and grain,” said zookeeper Zhu Yingdi.

“We need to keep a close eye on their condition because many suffered from gastrointestinal disease, high blood pressure and diabetes due to the uncivilized behavior of tourists over the holidays.”

Many monkeys suffered diarrhea after previous holidays and zookeepers have to closely monitor them and adjust their diets, she said.

Food high in starch or sugar can cause gastrointestinal disease. One diabetic orangutan could not greet visitors as normal due to blindness and organ failure from too many treats.

The zoo has built cages several times to protect animals and prevent feeding from tourists, but it’s a difficult task.

More than 400 animals of 49 varieties live in the primates area, one of the largest such sections in China.

Primates are smart and interact well with humans, which is the main reason that they are fed by visitors, Zhu said. Some even beg for food.

In May, 2015, three fallow deer died within two weeks at the zoo from gastrointestinal obstruction. Their stomachs were found to be filled with plastic bags and paper towels. 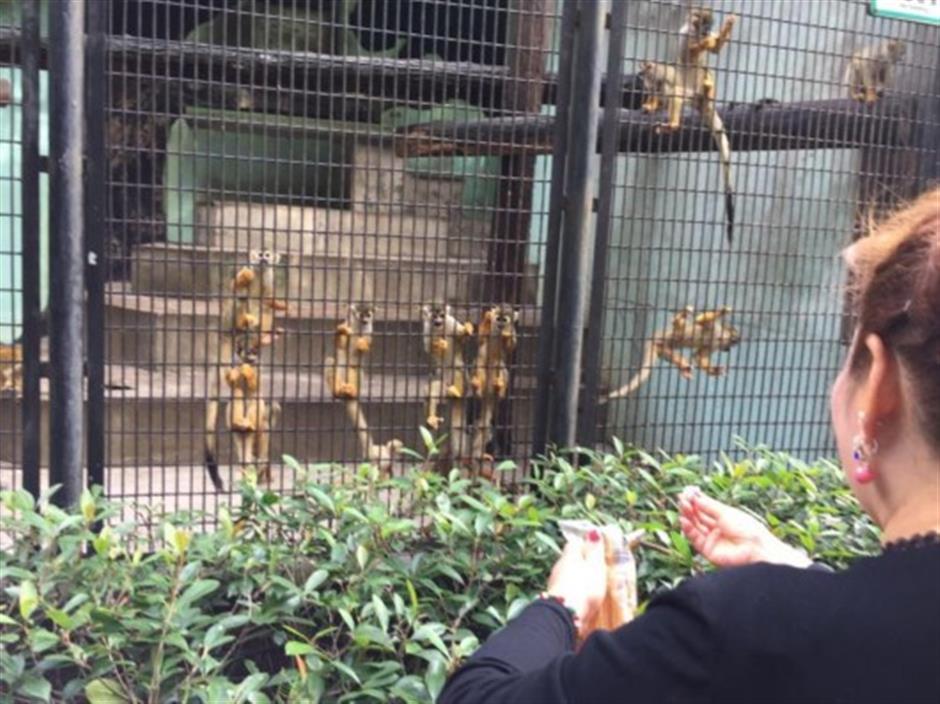