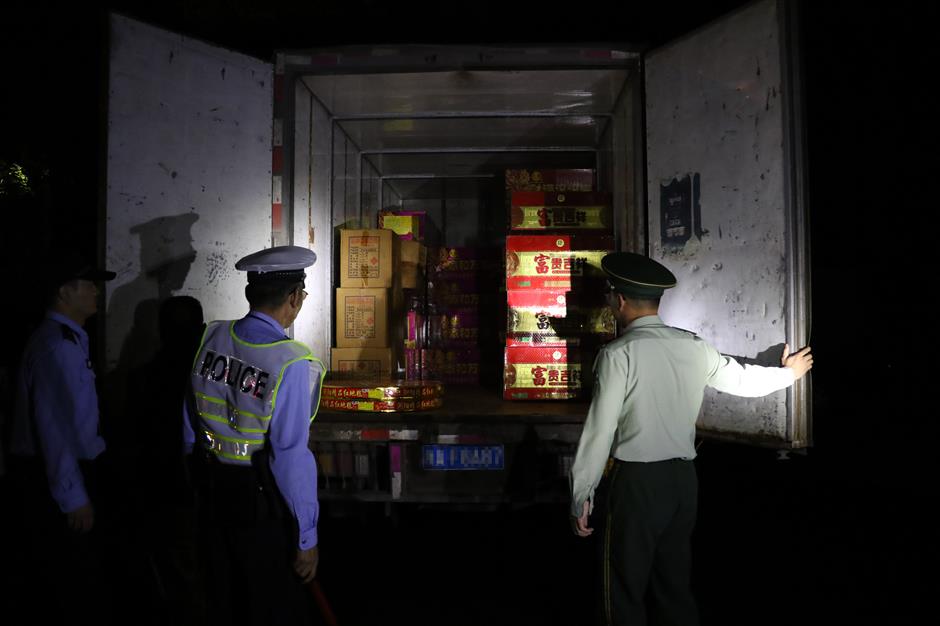 A driver who illegally transported 66 boxes of fireworks was spotted as he accidentally drove through a checkpoint after the navigation system went wrong.
Neither the truck nor the driver, surnamed Su, was qualified for transporting fireworks, fire department of the suburban Jinshan District said.
On Wednesday morning, Su allegedly departed from Deqing in Zhejiang Province, heading for Liyang of Jiangsu Province. However, the navigation system gave him wrong directions and he was guided to the checkpoint in Shanghai on Wednesday evening, where local police spotted the fireworks during a check.
The 66 boxes of fireworks were seized by the fire department and Su will face an administrative detention for ten days. 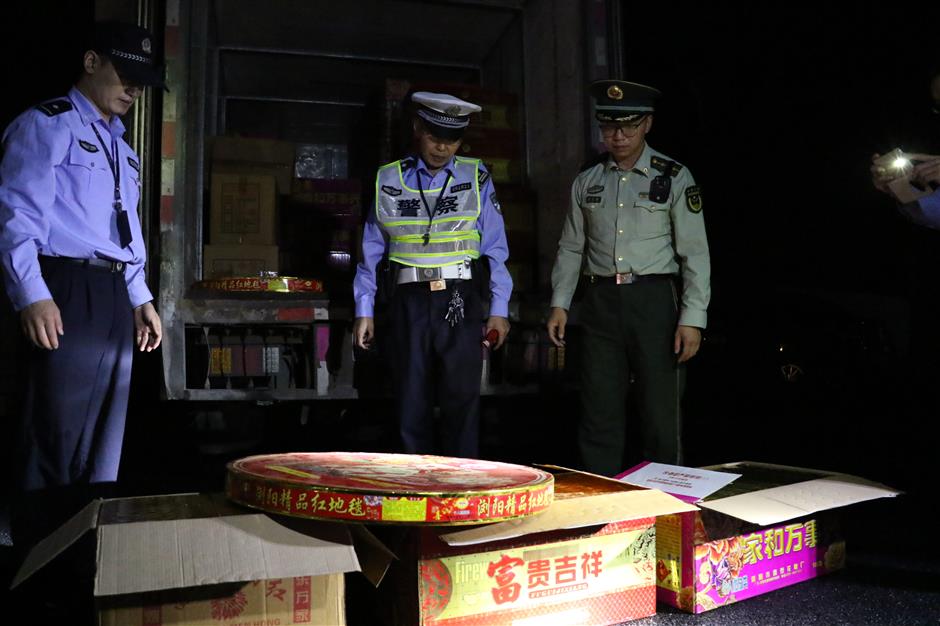