Shanghai to be wet and windy 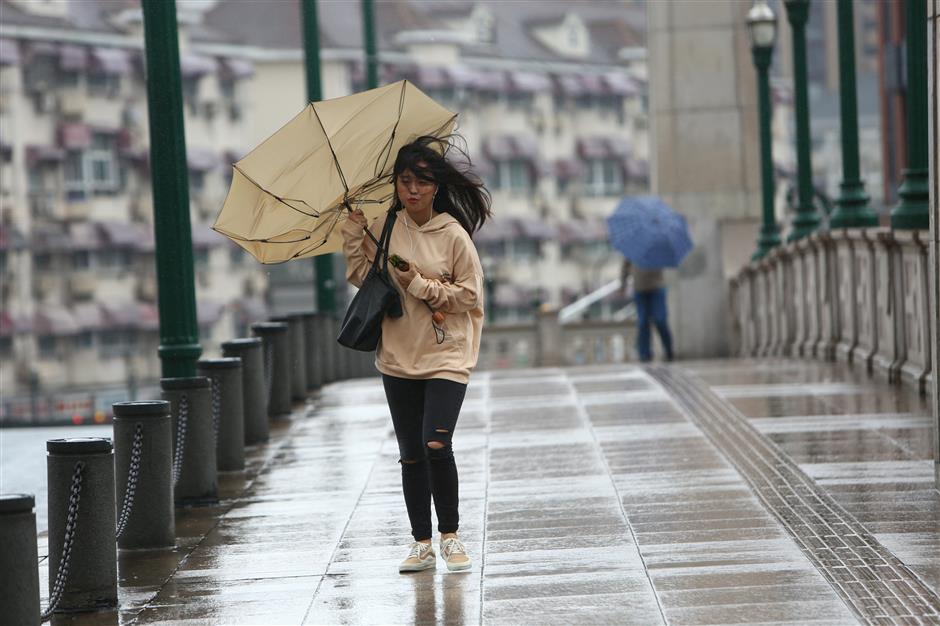 A woman braves yesterday’s gales and rain in Shanghai.

Due to a cold front and Typhoon Khanun, the city was placed under a blue alert for gales and rainstorms yesterday, and both are gaining their strength. Residents are warned to brace for stronger winds and heavy rain this morning.

Shanghai’s eastern and southern areas are set to be severely hit, with rainfall expected to reach 80-150 millimeters.

Temperatures will remain steady, however, ranging from 17 to 20 degrees Celsius today and tomorrow. The rain is set to stop from Wednesday, when temperatures will climb to 21 degrees. Cloudy conditions are forecast for Thursday and Friday.

Shanghai Meteorological Bureau said the city entered autumn last Wednesday, with the average temperature below 22 degrees for five consecutive days since then. Usually, autumn in the city starts around October 2.