Here's my child, robot. Look after it for me will you 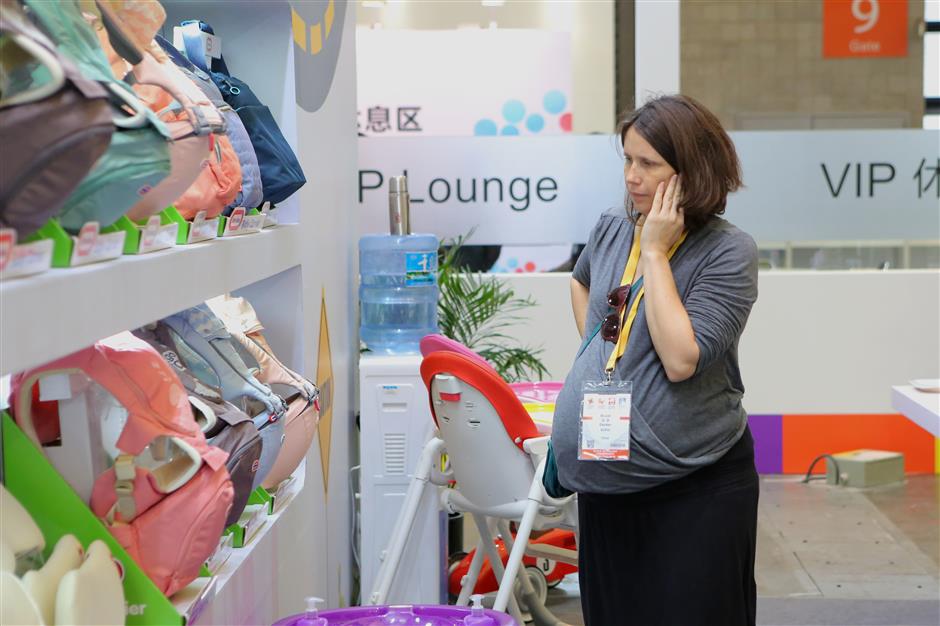 A foreign visitor picks up child products at the International Trade Fair for Toys & Preschool Educational Resources, which runs until Friday, at the Shanghai New International Expo Center.

Parents are able to rock cradles or push prams by clicking on mobile phones, or employ a robot to teach, play with and supervise their children, or create an artificial stage on TV for children to practice performing arts.

The world’s newest toys and child products are being displayed at an exhibition in Shanghai, which opened on Wednesday and runs till Friday, with technologies such as Internet of Things, artificial intelligence, virtual reality and artificial reality being widely involved.

“To incorporate high-tech into child products and toys has become a new trend this year especially among Chinese manufactures to cap the demands of young parents born after 1980s,” said Liang Mei, secretary general with China Toy & Juvenile Products Association, the organizer of the exhibition.

Over 2,000 manufacturers from some 30 countries and regions are taking part in the annual International Trade Fair for Toys & Preschool Educational Resources at the Shanghai New International Expo Center.

The technologies, especially Internet of Things, robot and artificial reality, are expected to become new and effective babysitting practices, she said.

A series of intelligent prams and cradles, for instance, can move and sway automatically. Parents can control them through mobile phone applications. The sensors on cradle can also adjust the sway extent after the baby is detected to have fallen asleep. 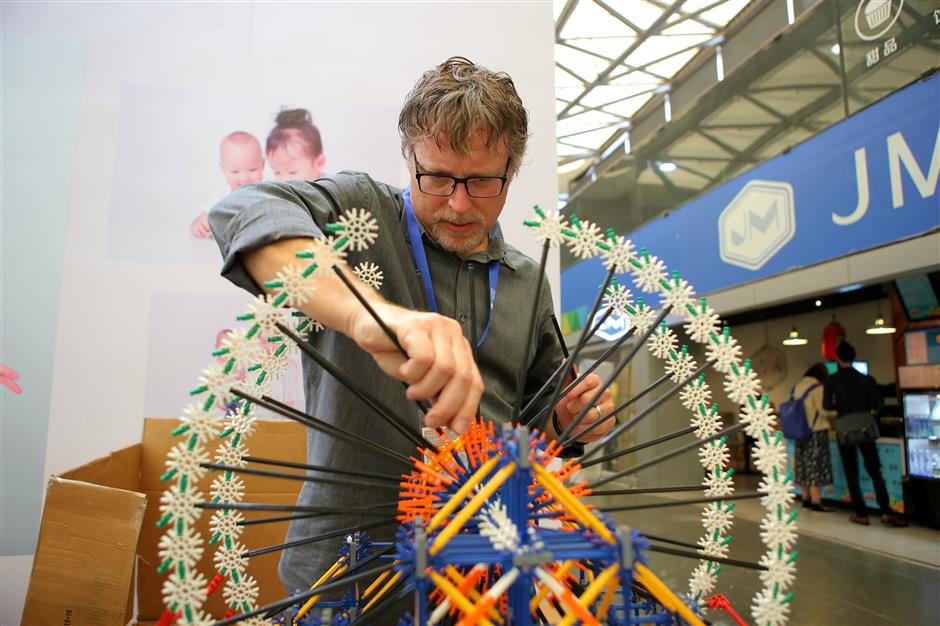 A foreign exhibitor displays a toy at the exhibition.

Many new materials and high-tech devices have been installed on child products to ensure their safety, the association said.

A domestic child safety seat manufacturer, for instance, exhibits its innovative buffer system at the exhibition. It is said to be able to protect the child during a car crash even at a speed of 80 kilometers an hour, equal to the force of falling from the top of an eight-story building.

A Chinese-made child’s bicycle showcased a communication system based on mobile Internet technology. It will send alarms to a parent's mobile phone should the bicycle fall over or move too far away.

Meanwhile, the association said export volumes of Chinese-made child products and toys rose 37 percent  between January and August this year from the year earlier period to US$26.4 billion, mainly driven by the country’s Belt and Road Initiative. 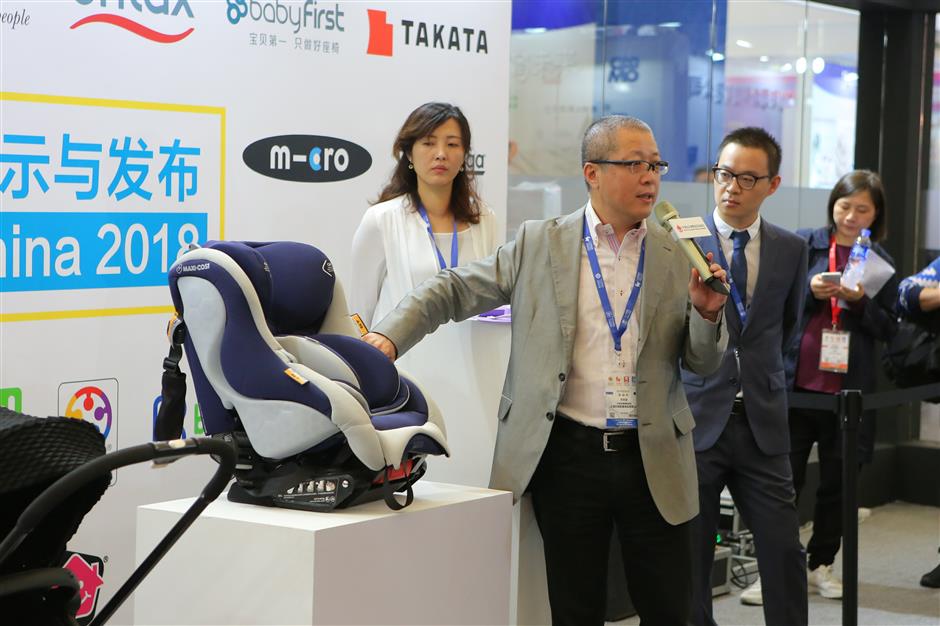 An exhibitor showcases a new child safety seat that it is claimed can protect a child during a car crash even at speeds of 80 kilometers per hour.