The competition, which wrapped up Thursday, resulted in the awarding of 15 gold, seven silver and eight bronze medals across 47 events. China topped the gold medal count this year, marking its best performance since joining WorldSkills in 2010.

The two young gold medalists, Pan Shenhan and Yang Shanwei, both born after 1995, won their medals in flower arrangement and auto body repair.

Shanghai sent six players in total to the competition this year. The other four also did great in their events, with two being awarded prizes for excellence in restaurant service and website design and development. 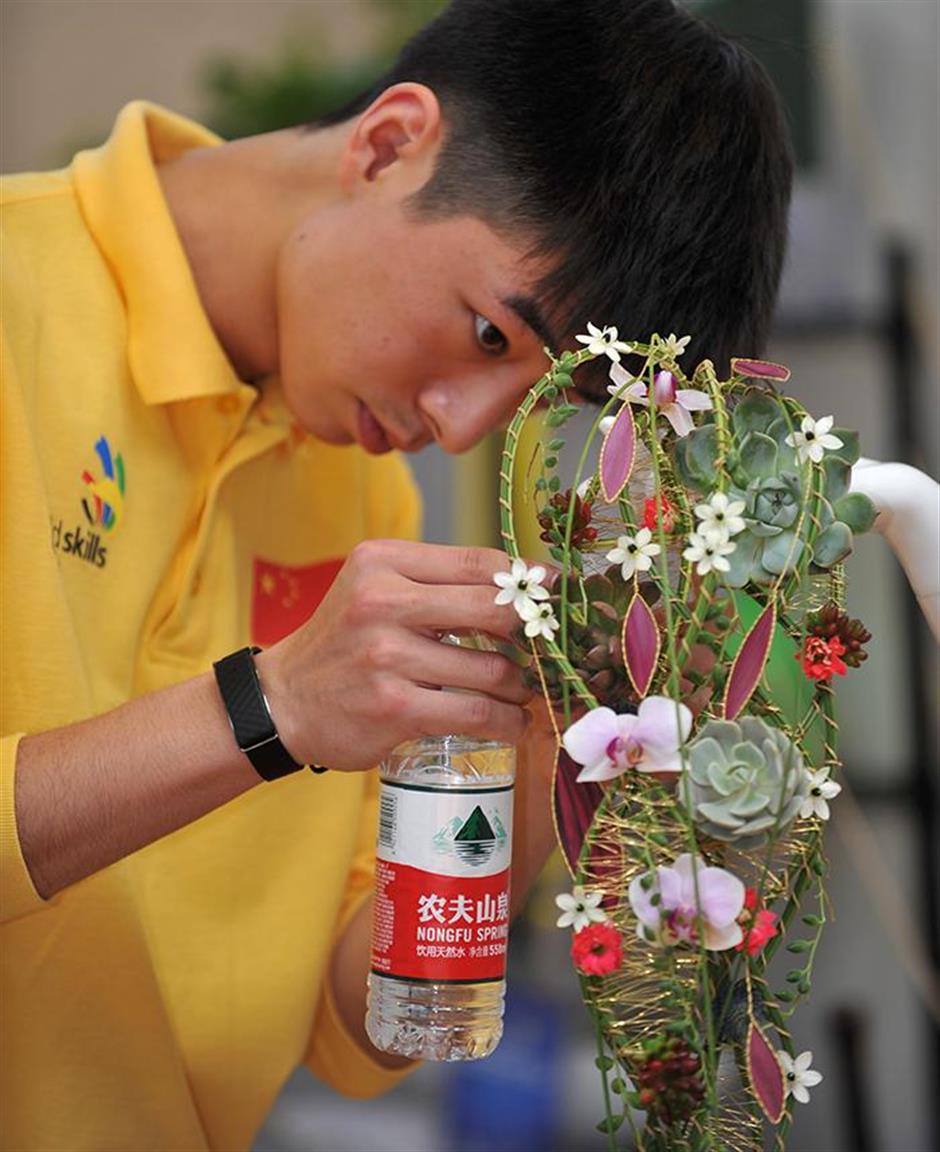 It was the first time for a Chinese player to compete in the flower arrangement event. Pan, the youngest of the six, was appreciated for his quick response when an emergency arose. According to Pan, the competition required they use a black wooden box to make the frame, but after he sawed the box he realized there were no screws provided to make joints. Pan then made holes in the board with an electric drill and sharpened bamboo to make the "screws", which was applauded by the judge.

Yang says he had a tough time as the test content varied but he soon calmed down and caught up with the others. He performed better and better in the final two days and became one of just three players who finished all stages of the competition.

The opportunity to participate in an international competition also brings the players precious experience.

"For me, it's an adventure to attend such a high level competition, and WorldSkills is my wonderland," Zhou Siyu, a Shanghai competitor in freight forwarding says. "I'll continue going further in the development of my skills."

Yang Huifang, who joined the printing event, said compared to other competitions that focus on speed, WorldSkills views quality as the priority. This promotes the "craftsmanship spirit" of working hard and pursuing excellence in quality.

This time the team made a breakthrough with two golds, which perhaps can be attributed to the city's talent cultivation policy on enhancing cooperation between schools and companies.

The bureau declared they will keep working on more ways of cultivating talent and preparing well to host the WorldSkills Competition in 2021.