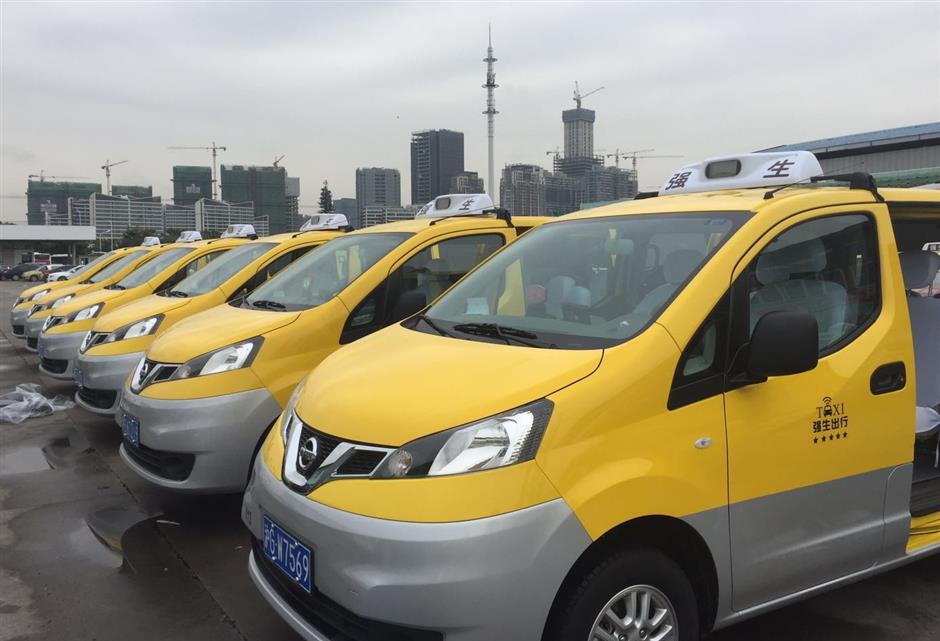 The yellow seven-passenger minivans operated by Qiangsheng Taxi Co have been so popular since they hit the streets last month that demand for the service exceeds supply.

The minivans, manufactured by Zhengzhou Nissan, have a flagfall fare of 19 yuan (US$2.90), 5 yuan more than ordinary taxis but the same as the British-style “golden cab” taxis launched by Qiangsheng in 2014.

Ni Guochang, 53, who has been a taxi driver for over 16 years, got behind the wheel of his Zhengzhou Nissan NV220 three weeks ago for the first time. He’s thrilled.

“I used to turn down family customers because my cab could take only up to four people,” he said. “But now I can accommodate six people, and because of the higher fare, I can earn with 17 or 18 rides what I used to earn with 20 or more with my old car.”

Before online ride-sharing platforms such as Didi Chuxing swept the country, Ni said he had repeat customers regularly from time to time. They hailed his cab because they liked the service he gave them.

“People don’t do that much now,” he said. “They prefer Didi. But once I started showing up in this minivan, three passengers already asked me for my WeChat contact – including one person in a wheelchair.” 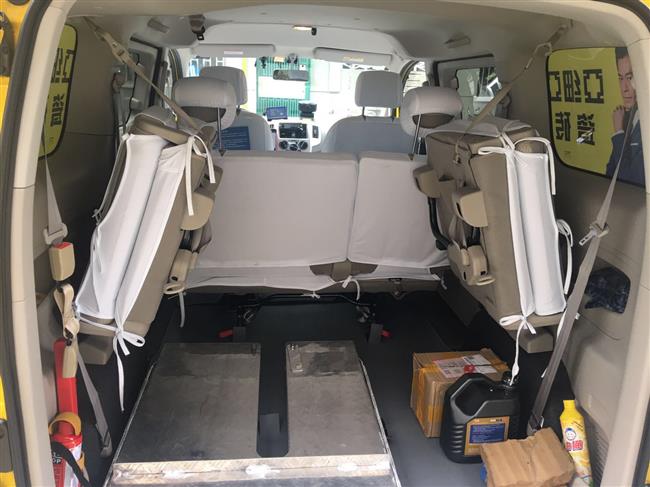 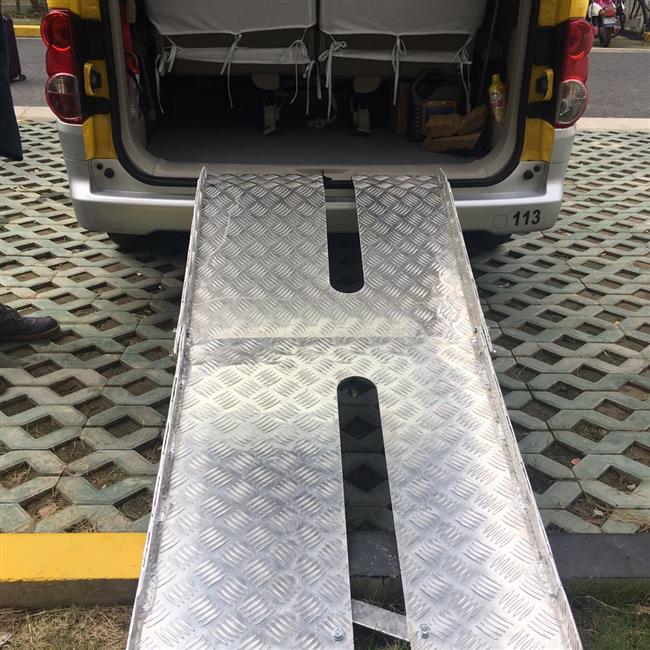 The aluminum ramp to help with getting a wheelchair into the vehicle.

The seven-passenger taxi easily accommodates wheelchair customers. The back seat is collapsible to offer extra space, and the van comes equipped with an aluminum ramp to push wheelchairs into the car.

Shen Jiaqiang, whose disabled father has been in a wheelchair for more than a decade, is overjoyed to see the new minivan services.

“Now I don’t have to hoist my father into the car, then take the wheelchair back to put in the trunk every time I have to take him to the doctor,” Shen said.

He said he doesn’t mind the higher fare because his father suffers less in transit.

Before exchanging his old car for the van, Ni did worry that people might be scared off by the higher fare, but so far, not a single passenger has complained about the cost.

The minivan taxis have dispensed with the standard anti-robbery barrier in the cabin. That has been replaced by four video cameras mounted inside.

“The camera monitors the whole car 24/7,” Ni said. “It also will provide evidence when passengers lose items or file complaints.”

Tang Wenhao, who used to drive a Lavida taxi, said he is happy to see the anti-robbery barrier go.

“It blocked communications in the car, which can sometimes be depressing,” Tang said. “I reckon the new minivans give drivers better sight, and that should be more popular, shouldn’t it?”

According to the Qiangsheng data, it is. In the first three weeks after the new minivans began operation, the minivans were booked 1,220 times via Qiangsheng’s electronic call service. It is a bit harder for customers, though. Shanghai Daily failed three times before getting the ride with Ni.

According to Tang Jian, operating manager of Qiangsheng Taxi, foreigners who speak English can easily book a cab because all telephone operators at the company speak English.

Tang said 10 percent of passengers using the new minivans are disabled people directed to the service by the Shanghai Disabled People’s Federation. Qiangsheng has been working with the group several years after problems arose about taxi drivers unwilling to pick up the disabled.

“Most of them are just going to nearby hospitals, so there was no money in that business,” said a taxi driver who declined to be identified.

As well as disabled passengers, the larger minivans cater to businessmen with luggage and families.

Though the seven-passenger taxis appear to be a bright spot in the taxi trade, it’s too soon to declare victory.

The fleet of 50 British-style taxis launched in 2014 are hardly seen on the streets anymore. Tang said the cabs consume so much oil, pushing up maintenance costs. After 50 of the iconic “golden cabs” were manufactured, the factory halted production.

Though the minivans have been successful so far, Qiangsheng has no current plans to increase that fleet, “we are still watching the market,” according to Zhang Liang, the office director of Qiangsheng.

The company, however, has been increasing the fleet size of its Tu’an taxis, which offer roomier interiors than standard cabs. The company has expanded that fleet to 7,600 cabs from 6,750 to accommodate a wider array of customer needs.

“Shanghai being a metropolis, diversity is as important along with the quality of the service,” said You Hua, an office assistant at Qiangsheng.

She said Tu’an cabs, which have flagfall fares about 3 yuan higher than standard taxis, will eventually replace older taxis. The other three major taxi companies in the city — Dazhong, Jinjiang and Haibo – are moving in the same direction, suggesting that the cost of a taxi ride may be on the rise.