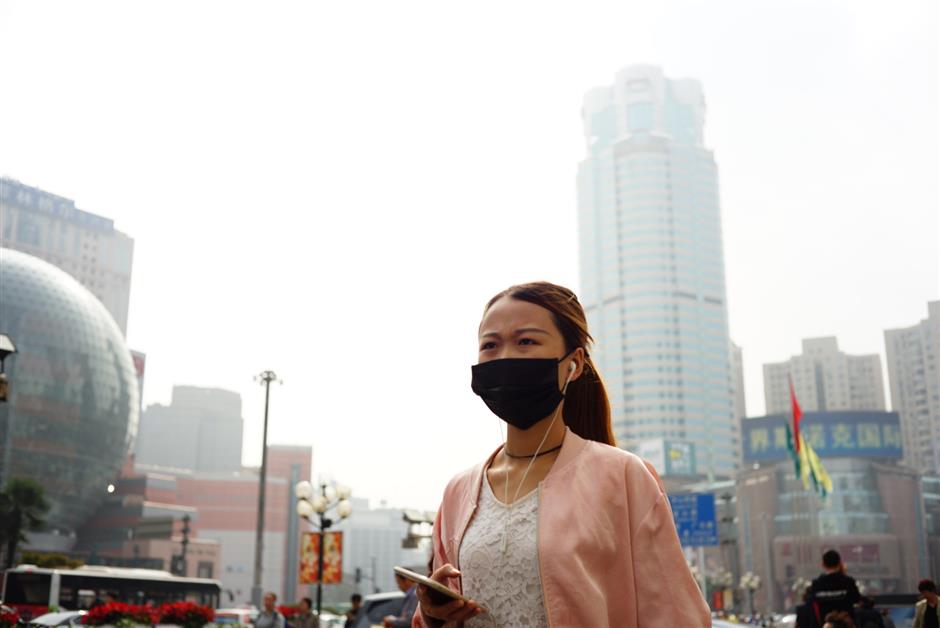 A woman walks in Xujiahui yesterday on a day when tiny particles were caught up in the air amid light pollution.

Typical autumn weather conditions — cool and dry — are forecast for the week.

Yesterday, Shanghai was in the grip of windy conditions. Typhoon Lan, which intensified in the Pacific on its path toward Japan, brought powerful wind gusts to China’s eastern coastal areas, including Shanghai.

Meanwhile, tiny particles blown in from the north also shrouded the city around noon yesterday, when light air pollution was reported. But air quality soon returned to fine levels, and it will remain good this week, according to the Shanghai Environmental Monitoring Center.

Today marks the solar term of shuangjiang, or “frost descending.” Frost will start to hit northeast China soon, and temperatures will fall dramatically. Frost will not hit Shanghai until the latter half of November, but citizens are advised to keep warm.

It will be cloudy to sunny all week, with temperatures ranging from 13 to 21 degrees Celsius. A weak cold air is set to affect the city in the middle of the week.