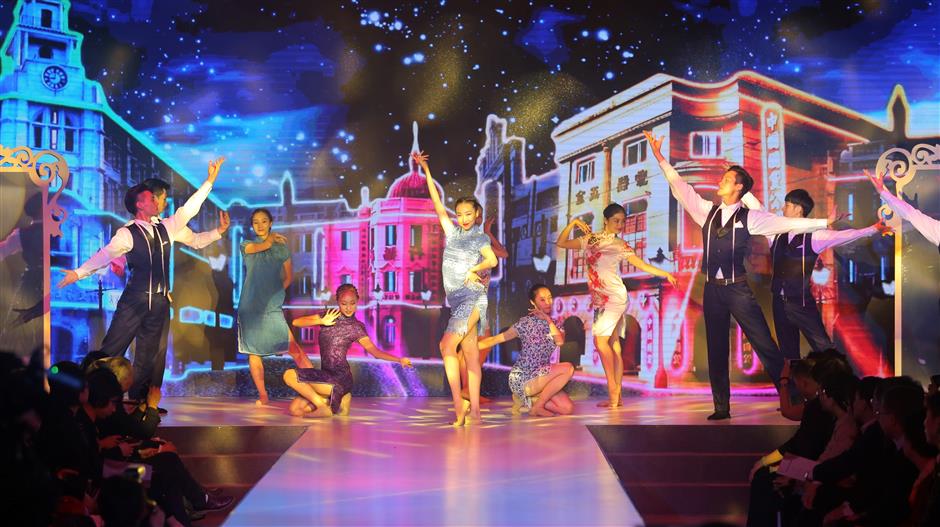 Dancers in classic cheongsam present a show reminding people of the golden 1930s in Shanghai. 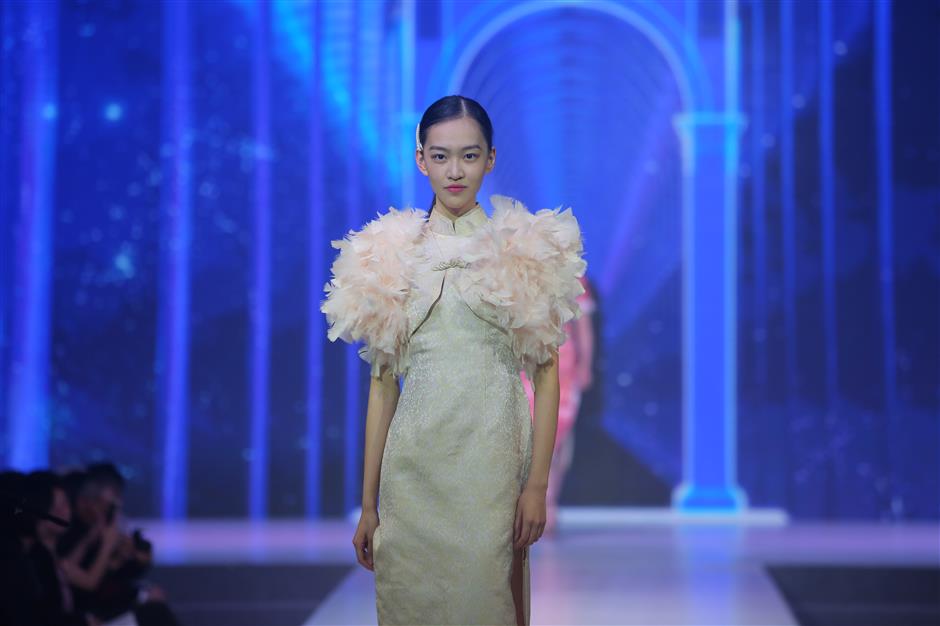 A model walks runway in the fashion show.

The bygone fashion brand Hongxiang presented a grand fashion show at its centennial celebration on Friday.

More than 60 pieces of its haute couture collection were staged on the 800 Show on the Changde Road, Jing’an District.

They were made of top-quality fabrics and high-end sartorial details, from vintage cheongsam to exquisite fur-lined coat. Highlight was a red brocade dress, with outstanding embroideries of red-crowned crane and plum blossom.

Jin Taijun, 88, son of the founder Jin Hongxiang, gave his scissors, regarded as his life-long companion, as a gift to tailor Chen Jian in the ceremony. 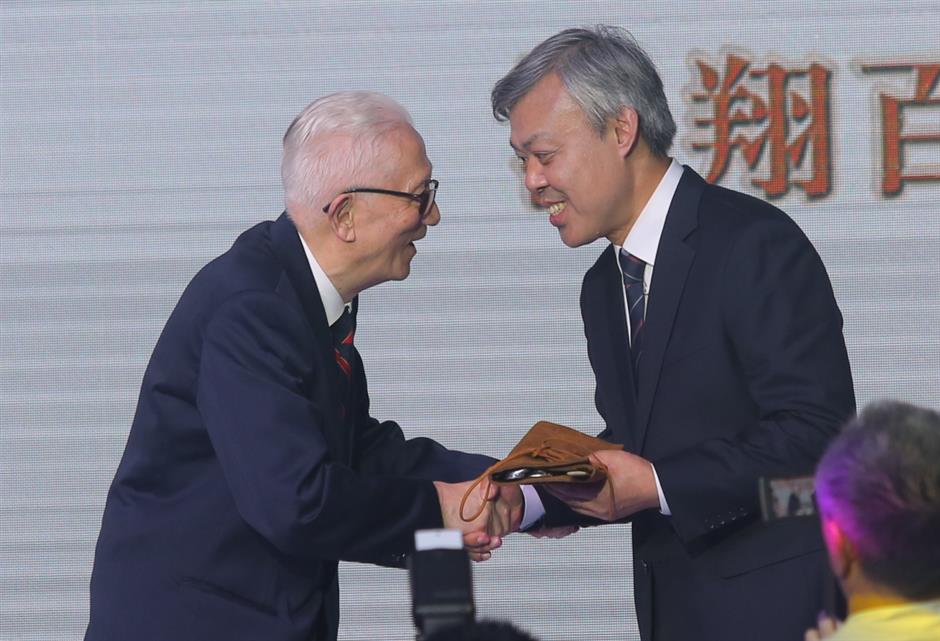 Jin Taijun (left), son of the founder, gives his scissors as gift to the top tailor Chen Jian.

Chen, 58, was honored one of the 94 “Shanghai standouts” in September in a campaign initiated by the Shanghai Federation of Trade Unions to single out 1,000 exemplary workers.

For Chen, the only dress of value is one made by hand. He has devoted 40 years to honing his skills and putting his passion into fashion. But he admitted Hongxiang is not popular any longer among today’s customers.

Founded in 1917, Hongxiang was a pioneer in Chinese fashion and beyond. It was the first couture house in China to hold a fashion show, and its silk cheongsam won a silver medal at the 1933 Chicago Expo. After 1990s, it lagged in the competition with foreign rivals and those high-street brands.

Over years, it is seeking to revive. And this grand fashion show is somewhat of an announcement of comeback. Also, Hongxiang's parent company Kaikai Group announced that it will set up a 1-million-yuan (US$150,443) foundation to help promote venerable brands.