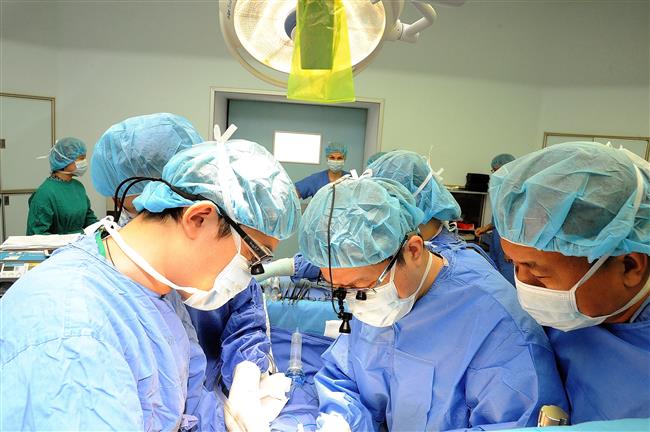 Doctors at Renji Hospital perform a liver transplant on a 6-month-old girl whose eyes had turned green due to congenital biliary atresia yesterday.

The girl from Jilin Province received 204 grams of liver donated from her father during the 5-hour surgery.

The girl started to turn yellow some 40 days after delivery and then her eyes even turned from yellow to green. A liver transplant was the only solution for her condition. She managed to receive the surgery after local media called for donations from the public.

There are about 3,000 children suffering liver cirrhosis due to various congenital diseases in China every year. If they don't receive proper treatment, 90 percent will die before they are one year old, according to Dr Xia Qiang, vice president of Renji Hospital and the girl’s chief surgeon.