Shanghai police officer Jiang Jingwei has two sets of parents: a pair is biological, another arising from a compassionate lie.

“We have no biological links but the beauty of pure chance in life brought us together,” Jiang, 34, said of his “parents” who live in Shanxi Province.

The story began in the summer of 2010. Xia Zhanhai, who lives more than 1,500 kilometers afar in a small town in Luliang City, was stunned when he saw Jiang talking about police work on a Shanghai television show. Jiang was the splitting image of Liang Yu, his eldest son who had died in a gas accident seven years earlier. The accident left Xia’s wife, Liang Qiaoying, a former schoolteacher, totally paralyzed and mentally impaired.

Xia heard that Jiang was working in Pudong but did not catch his name.

Xia later went on a television show in Shanxi and voiced his wish to find the officer. Three years later, a reality television show in neighboring Hangzhou followed up on Xia's story and found Jiang with the help of Shanghai police.

When Jiang heard Xia's story, he agreed to meet him and his family on a television show. 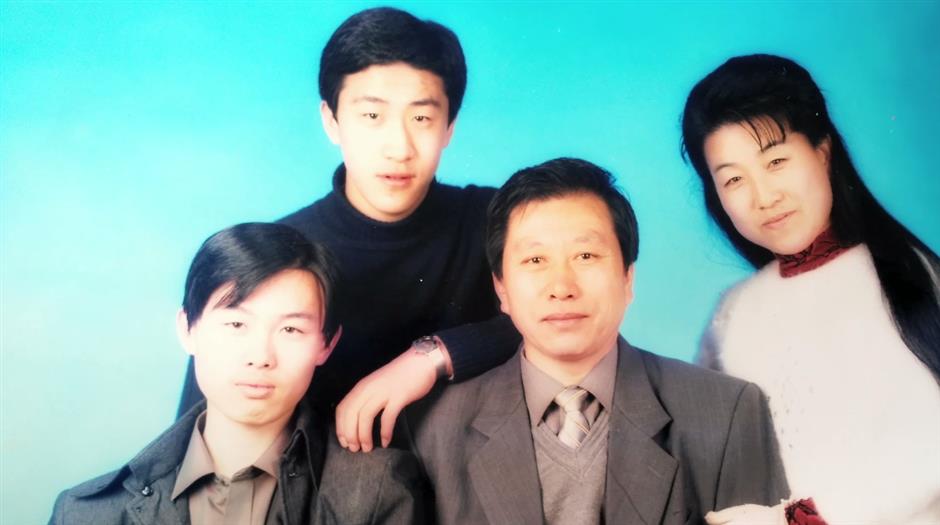 Liang Yu (second left), his younger brother and their parents pose for a family portrait. Liang was killed in a gas accident in 2003 that left his mother paralyzed and mentally impaired.

Under Xia's care, Liang recovered somewhat, but she suffered deep anxiety and constantly asked to see her deceased son.

To ease her anguish, her family said he was working in another province and could not take time off from work to come home.

Jiang, a married parent, was touched by Xia's tragedy and said he was “more than willing” to pretend he was Liang Yu.

Before the broadcast of the televised "reunion," Jiang's parents had reservations about him addressing a stranger as “mother.”

Jiang said: “My mother was against the idea at the beginning, but we later all agreed that if it was a necessity, I would do it.”

On the show, when Xia burst into tears when he saw Jiang and hugged him. Liang Qiaoying, who was in a wheelchair, cried at the sight of Jiang. As Jiang bent down to give her a hug, he, too, was moved to tears. 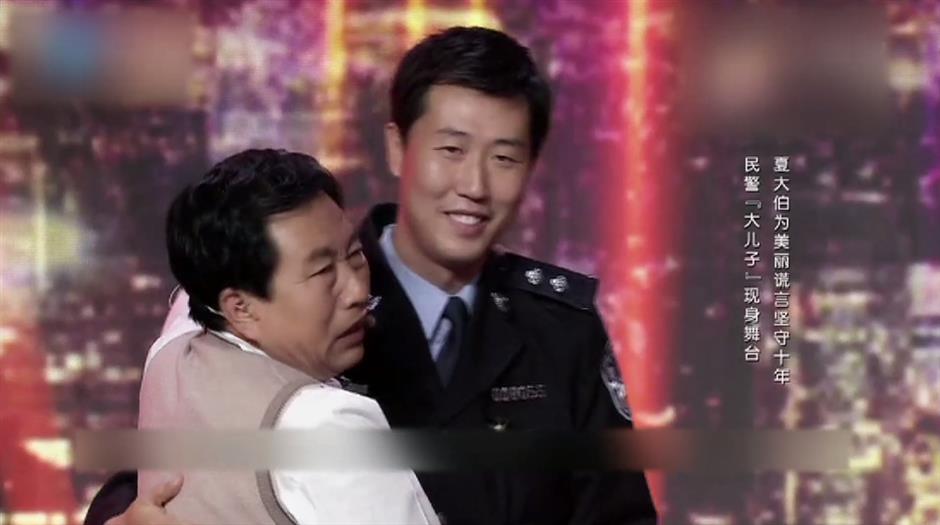 Xia and Jiang share a hug on a television show. 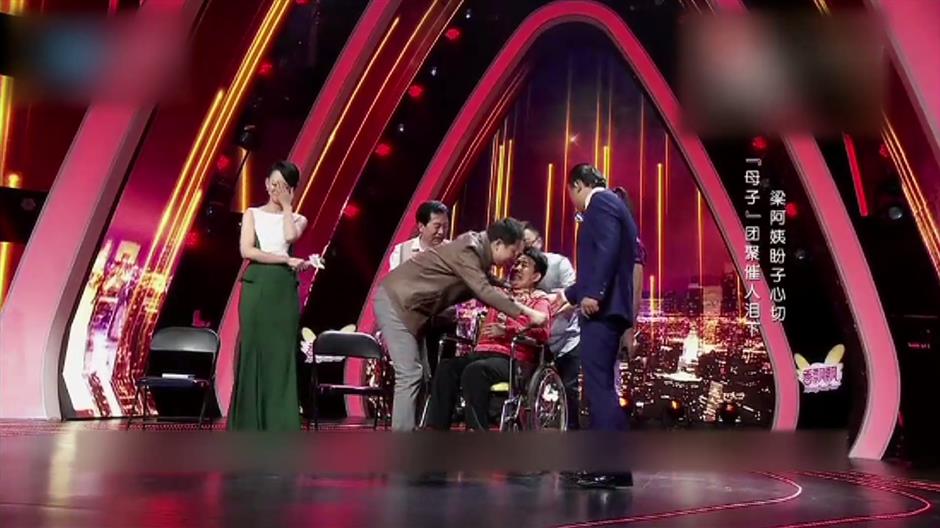 A native of Shanghai, Jiang did not say a word on the show to prevent Liang Qiaoying from knowing that he could not speak Shanxi's dialect. She was told later that "her son" was forbidden from speaking Shanxi's dialect because of the nature of his job.

The "reunion" on television lasted three minutes, but the relationship between both parties has endured.

Xia closed his factory after the accident and turned his house into a hostel so that he could be at home to take care of his wife. Their younger son is now married and has two children.

Every winter, Jiang sends warm clothing to Liang and Xia. Every Mid-Autumn Festival, he sends mooncakes to them. But when Jiang sent “lucky money” for the Chinese New Year, Xia refused to accept it.

Xia said his wife’s health had improved greatly since she met Jiang.

“The night after the show, she slept like a baby for more than eight hours,” he said. “Previously, she had so much trouble sleeping.”

In May last year, the couple traveled to Shanghai to visit Jiang.

Liang Qiaoying was told that her “son” now spoke better Mandarin because of his years of working in Shanghai.

Recalling his talks with Liang Qiaoying, “she told me to work hard,” Jiang said. 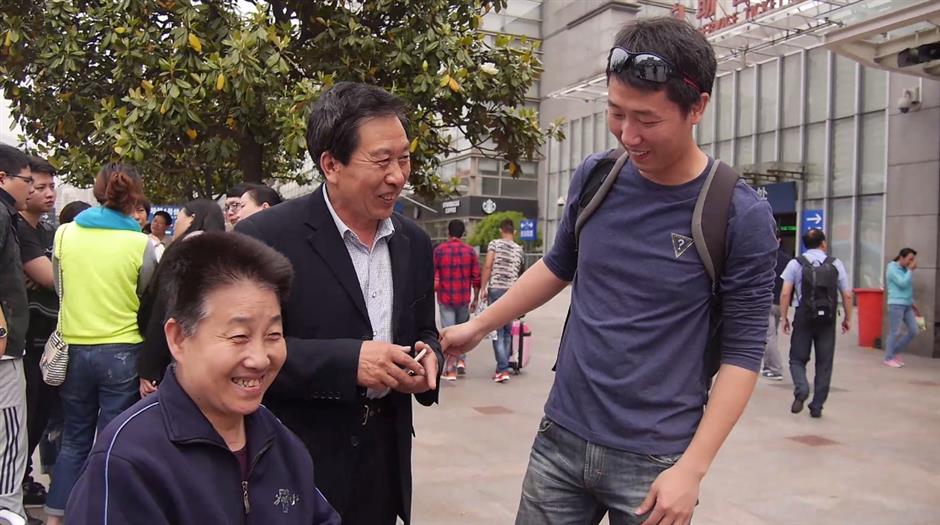 Jiang met Xia and Liang at the Shanghai Railway Station in May last year when the couple traveled to Shanghai to visit him.

Jiang and Xia often communicate by phone or on video calls. They view each other as family.

“Although he lives in Shanghai and I’m in Shanxi, our hearts stay together and I consider him my son,” Xia said.

Jiang said: “I will always be there for them.”