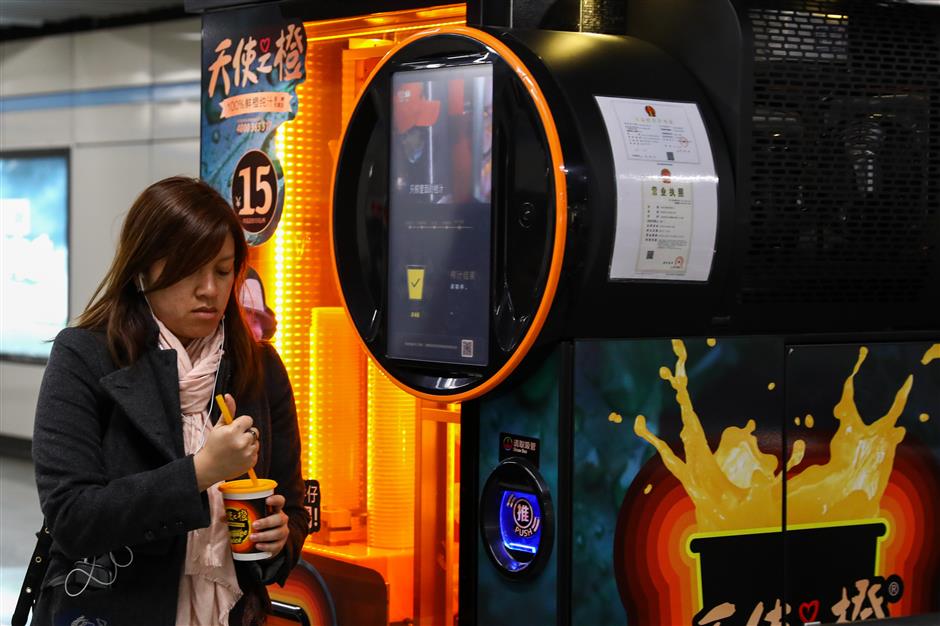 Three photographs posted online appeared to show black residue in a cup of juice with the anonymous blogger claiming it had come from a Vingoo machine and accusing the operator of failing to keep the machine clean and ignoring food safety.

Vingoo machines can be seen at subway stations and department stores across the city.

In the aftermath of the blog post, the Shanghai Food and Drug Administration on Wednesday held talks with Shanghai Geant Investment Co Ltd, which owns the vending machines.

It asked the company to verify whether there was any truth in the online post and urged it to ensure that the cleaning and maintenance of its vending machines is carried out regularly and in a proper manner.

There have been similar claims of moldy oranges in other online posts which include photographs.

The vending machines, dozens of them, first hit the local market in March 2014 but they were soon ordered to cease operation over moldy and rotten oranges and licensing problems.

At the time, authorities said the way the oranges were stored in the machine as well as the defective disinfection techniques posed a safety hazard. The company was told to upgrade the machines to eliminate public health risks.

Following improvements, the administration organized experts to conduct several rounds of evaluation and the company received Shanghai’s first license for “freshly made food” after it passed tests.

Its 120 orange juice vending machines were then allowed to operate in Shanghai. The company continues to be the only operator of such machines in the metropolis.