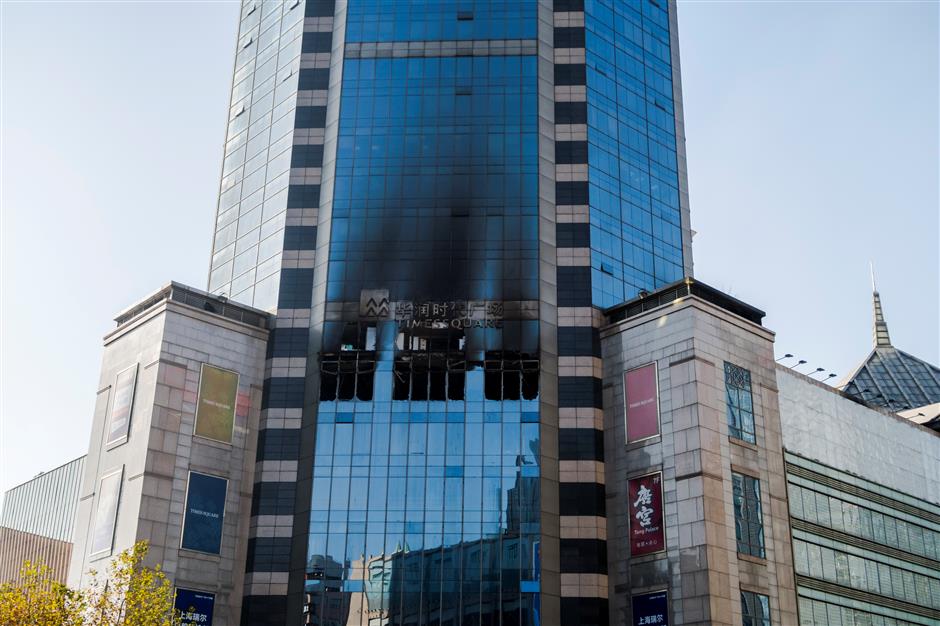 Five people have been detained by Shanghai police for causing a fire in a downtown shopping center, police said Thursday night.

Flames and thick smoke billowed from the 8th floor of the Times Square, one of the biggest shopping malls in Pudong New Area, around 10pm on December 18. No casualties were reported.

A total area of 170 square meters was damaged by flames which took firefighters one hour to bring under control. A large number of inflammable construction materials were piled up in the building, which was a serious fire hazard.

Investigation found the floor was undergoing decoration. Four workers were welding, which caused the fire.

The four workers and a man in charge of the decoration project have been detained for allegedly causing a major accident.