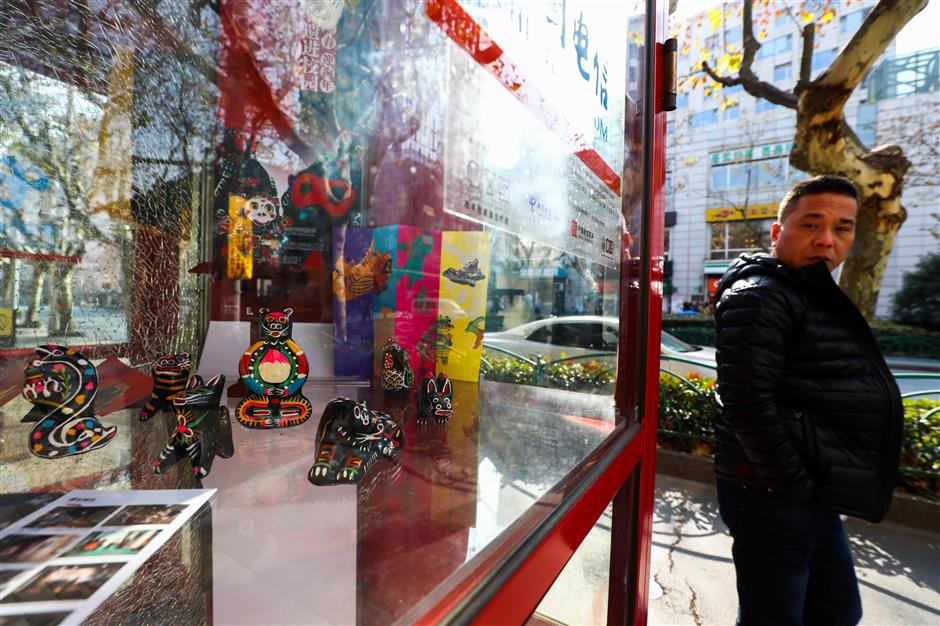 A passer-by views Mud Dog exhibits in a renovated phone box on Zhangwu Road in Yangpu District. The Mud Dog ancient totems are a cultural heritage that originated in central Henan Province.

Ten obsolete telephone booths in Yangpu District have been turned into miniature art galleries in a campaign to beautify old "workers' communities."

The booths in the Siping Road Community were stripped and redesigned by the Tongji University's College of Design in an innovative scheme to showcase art such as paper cutting, clay sculptures and paintings.

Exhibits will be changed regularly.

The effort is part of a micro-beautification project launched by the community and the college in 2015 to improve the living spaces in the area, one of the first batch of workers' communities.

Over 60 such telephone kiosks that were built across the Sipang Road Community before the mobile phone era but are largely redundant now will undergo similar makeovers.

Telephones will be kept inside some booths for people to make emergency calls free of charge. 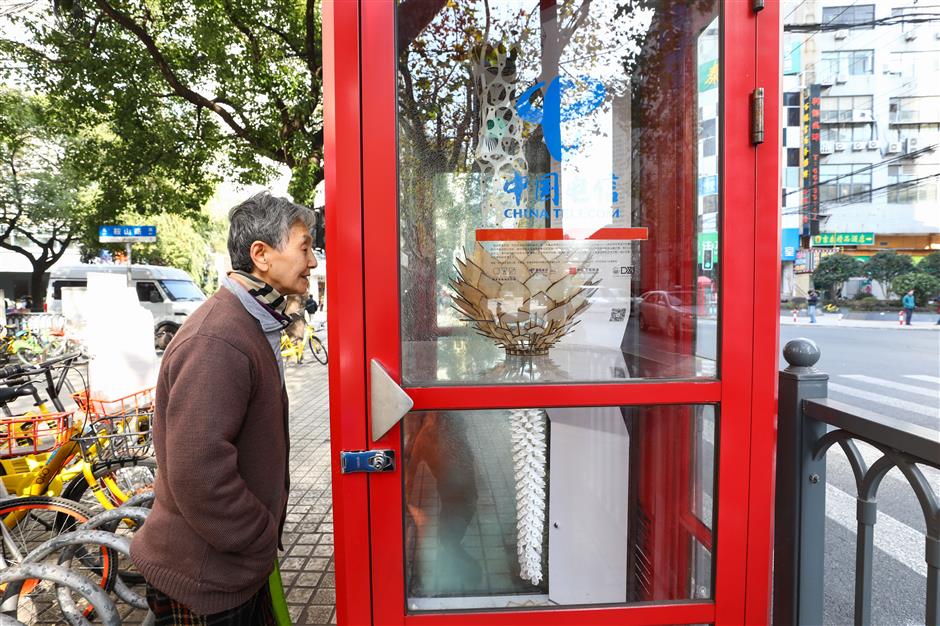 A man checks an exhibit inside a re-purposed telephone booth in Yangpu District. Ten old-fashioned kiosks have been given a new life as miniature galleries.

The workers' communities were built to accommodate Shanghai’s rapidly expanding workforce during the industrial development of the 1950s.

The Siping Road Community features thousands of 30-square-meter apartments, most in poor condition.

The community has handed over dozens of public spaces to the college, located in the area, for students and professors to make over and beautify.

A stretch of former eateries and nail saloons on Tieling Road, for instance, has been converted into design studios, museums and spaces for public classes where residents can listen to lectures and view the artworks and the design processes of the students and their professors. 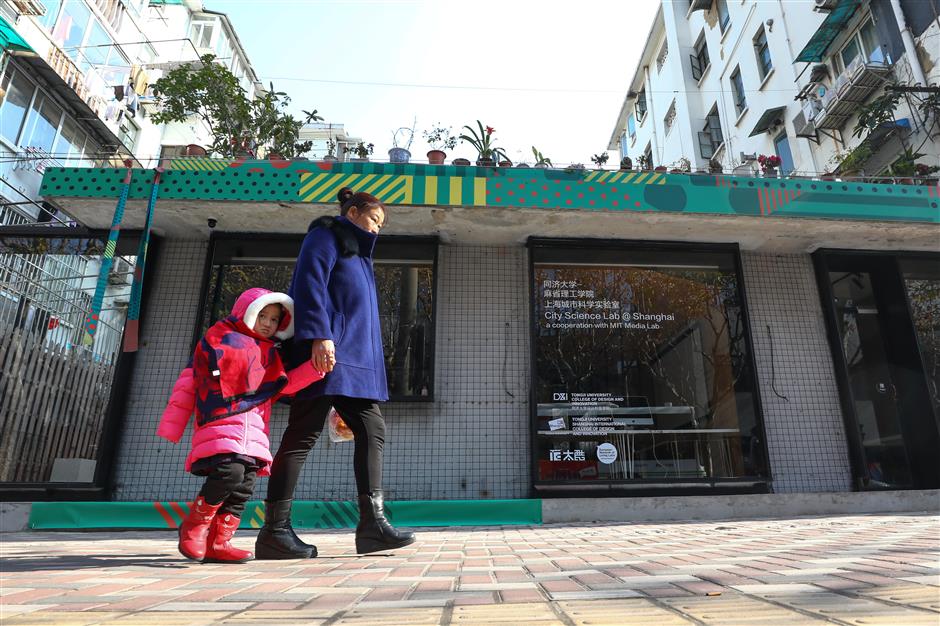 A woman and child walk past a City Science Lab, an urban development research center jointly operated by Tongji University and the Massachusetts Institute of Technology. The lab was formerly a garbage station and a local eyesore.

A garbage station at 260 Fuxin Road that had disturbed nearby residents for decades has been turned into the MIT Media Lab, an urban development research center jointly operated by Tongji University and the Massachusetts Institute of Technology.

"We not only aim to improve the living environment of local old-style neighborhoods but also to take the chance to study the trends of future community life," said Lou Yongqi, the dean of the college.

In Xuhui District, hundreds of the outdated telephone booths have been turned into miniature libraries, electronics booths or renovated for other uses, rather than just tearing them out.