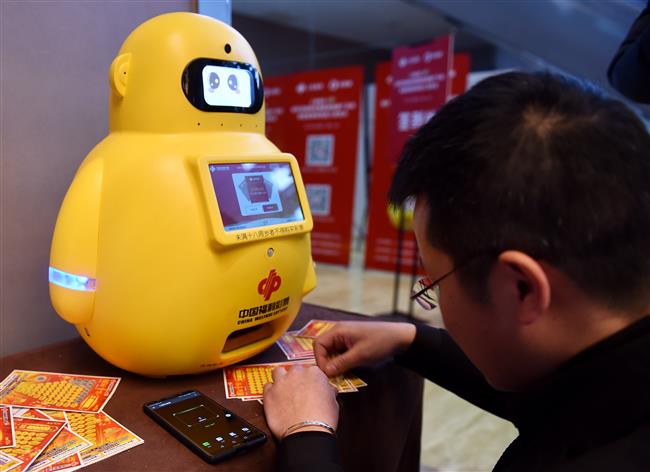 A man buys a welfare lottery ticket from a robot in the Pudong New Area on Thursday.

The Shanghai Welfare Lottery Center has come up with an "intelligent" way to sell of lottery tickets. Local enthusiasts can now expect to buy their lucky number lotteries from robots at venues like metro stations, convenience stores and cafes across the city, following a trial run.

There are 2,670 welfare lottery ticket sales outlets across the city, with "most of them selling tickets in the old and traditional way," according to Zhou Wen, director of the center.

The center has placed the robots at some bank outlets in the city, and is looking for more channels at public spots like airports, railway and metro stations, department stores, office buildings, restaurants, cafes, convenience stores, cinemas, etc, officials said.

The robots accept mobile payment such as Alipay and WeChat, and display instructions on how to make purchases.

Shanghai's welfare lottery sales are expected to surpass a record 4.8-billion yuan (US$735 million) this year compared with 4.5 billion yuan last year, with more than 1.5 billion yuan of funds used for various livelihood programs, according to the center.

In September, a Shanghai man won a nearly 100 million yuan jackpot, the largest win since 2011 in the city. He hit the jackpot of 5.81 million yuan in multiple purchases.

This year marks the 30th anniversary of the issuing of welfare lottery tickets in China and sales have hit nearly 50 billion yuan in total. 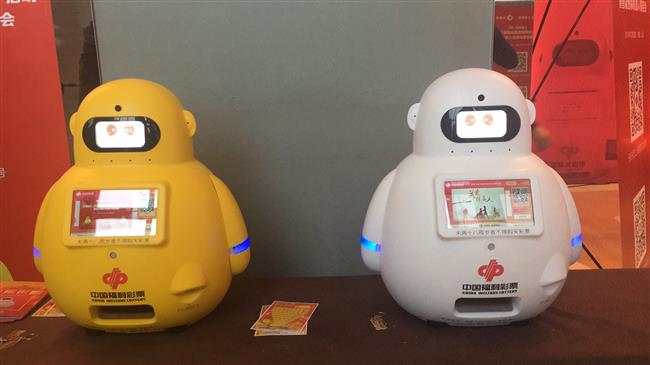