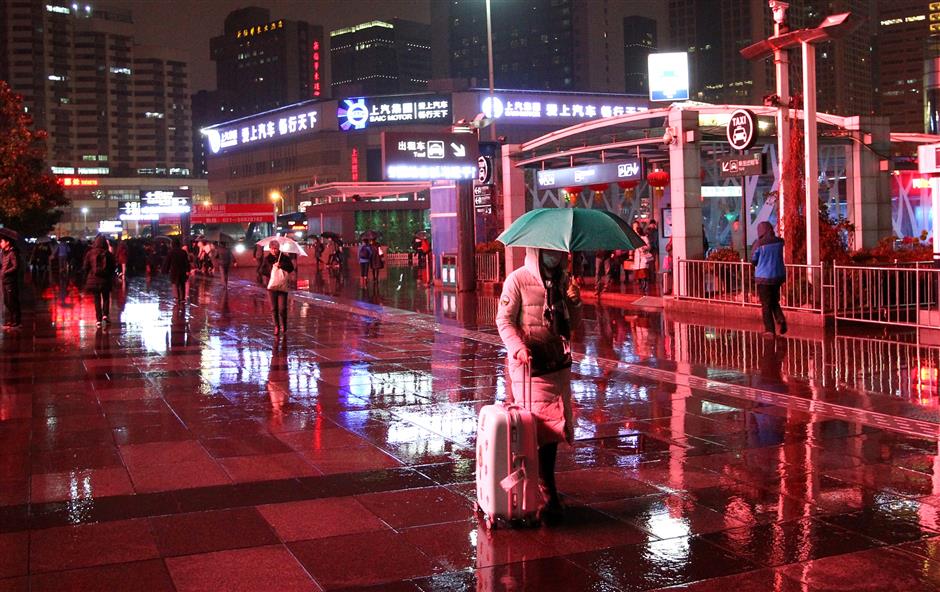 A wintry mix of freezing rain and sleet will hit the city later this week, forecasters said.

Monday will be cloudy and dry with temperatures ranging between 6 and 12 degrees Celsius with light air pollution which may rise to the middle-to-severe level.

A cold front is set to arrive late on Tuesday, bringing drizzle and sleet that will continue until Sunday, according to Shanghai Meteorological Bureau.

Temperatures on Tuesday will be between 4 and 7 degrees. The low will fall to 1 degree on Wednesday and zero on Thursday and Friday.

Dahan, or major cold, on the Chinese lunar calendar fell last Saturday. It marks the last chilly days of the year.

The coldest period of the year started from xiaohan, which was on January 5 this year, and it will come to an end after dahan.

The coldest day since 1873 was recorded on January 24, 1916, when the low temperature dropped to minus 10.6 degrees. On January 24, 2016, temperatures in downtown Xujiahui reached minus 7.2 degrees and minus 8.5 degrees in rural Chongming District.