Mandela mace among African artworks set to go on display 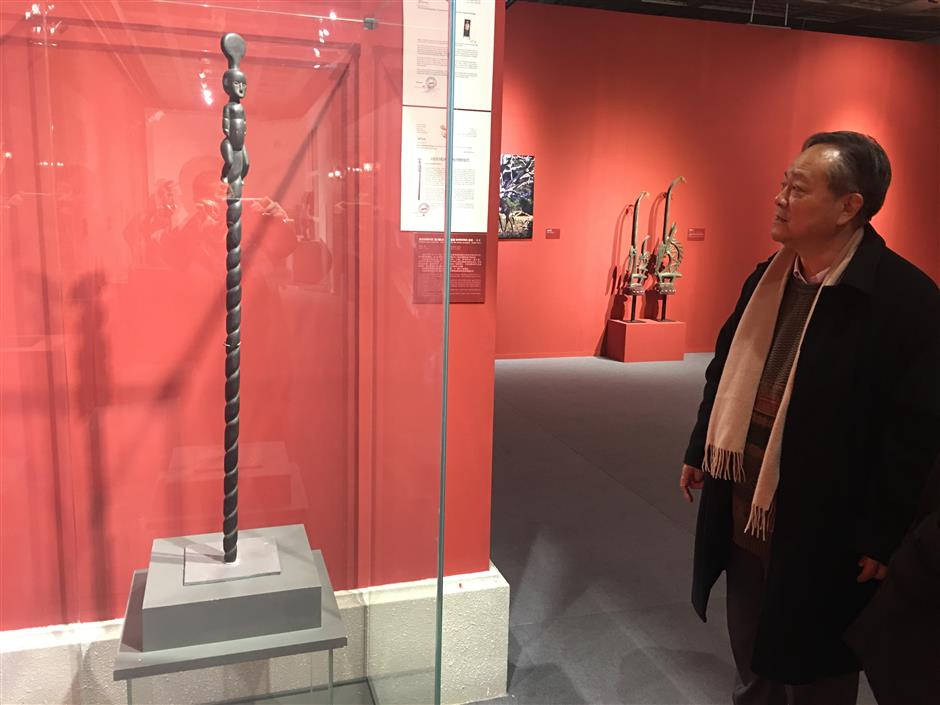 Zhao Baopei, honorary chairman of the Africa-Shanghai General Chamber of Commerce and collector of the exhibits, looks at the Zulu Sangoma Stick of Nelson Mandela, one of the only two Sangoma sticks owned by the former South African president.

A collection of rare African sculptures, including a sacred mace of Nelson Mandela (1918-2013), will be put on show for the public at the city’s urban planning exhibition hall, starting from Friday.

The nearly 2-month exhibition, themed "One family of China and Africa" and featuring some 150 artworks and cultural relics from 20 African nations, is said to be the city’s biggest exhibition on African art and culture in recent years, according to the Shanghai Urban Planning Exhibition Center.

The exhibits range from wooden, stone, bronze and pottery sculptures to traditional musical instruments, masks and daily commodities which will showcase some superb African art which is unfamiliar to Chinese people, said Zhao Baopei, honorary chairman of the Africa-Shanghai General Chamber of Commerce and collector of the exhibits.

One of the highlights of the exhibition — ending on April 15 — is the Zulu Sangoma Stick belonging to anti-apartheid movement icon Mandela; one of the only two Sangoma sticks owned by the former South African president. The other mace is at the Museum Africa in Johannesburg.

The sticks were made by renowned diviner Credo Mutwa and presented to Mandela by the Zulu king in 1961. Mutwa, the spiritual leader of South Africa and an artist, made two sticks for the king and told him that Mandela would lead the liberation of the country in future. 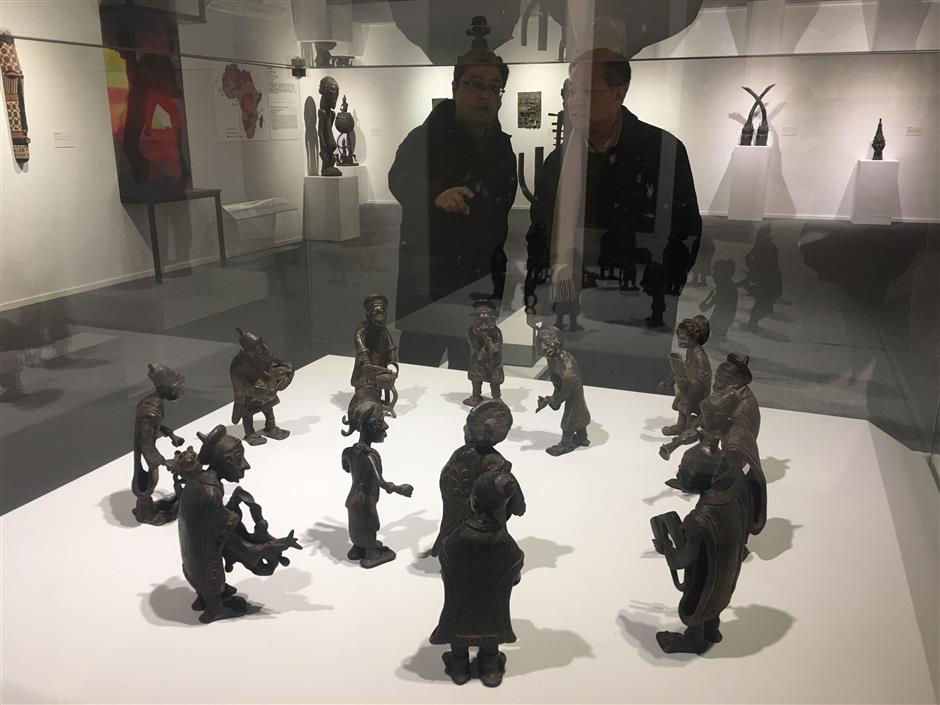 Zhao Baopei and an official with the Shanghai Urban Planning Exhibition Center check a collection of 13 bronze figures from the former Bamoun Empire in Cameroon which is said to showcase the highest bronze handicraft of Africa.

"There was a lucky chance for me to purchase the precious stick from the Museum Africa in 2015," said Zhao. The museum sold a collection of exhibits at that time for its capital turnover. Zhao said he was attracted by the stick's history as well as deliberate carving.

The stick has screwed patterns and a typical ethnic Zulu sculpture figure on its top, he said. Two certificates issued by the Museum Africa and the Apartheid Museum are also displayed with detailed explanation on its history and a photo of Mandela holding the stick.

Other key exhibits include a historic Zulu drum from South Africa, one of the four only remaining ones in world. The other drums are being exhibited at the US Metropolitan Museum of Art, UK Royal Museums Greenwich and Africa Museum in South Africa.

A wooden portrait of a mother from Nigeria's Yoruba tribe is also displayed. The historic artwork was once worshiped by clansmen during festivals to show their respects to breeding mothers in the tribe.

A collection of 13 bronze figures from the former Bamoun Empire in Cameroon showcases the highest bronze handicraft of Africa, Zhao said. They restore the scene of the coronation of a king and his queen when a singer and 10 musicians are chanted around the couple about their achievements. 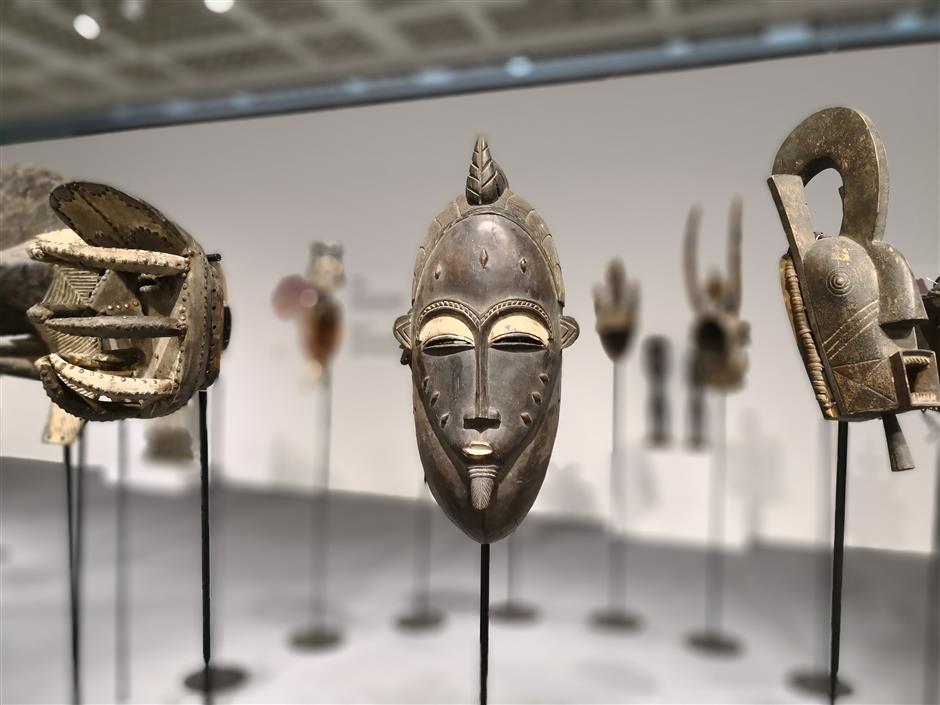 A collection of historic masks from various African ethnic groups are being exhibited at the Shanghai Urban Planning Exhibition Center.

"The exhibition is expected to make locals be familiar with and get interested in the African cultures," Zhao said. The 71-year-old Zhao moved to South Africa from Shanghai in 1991 to run his suitcase and bag businesses. After being a successful businessman in 1997, he began collecting artworks and cultural relics across Africa.

"I'd like to donate my collections to a local museum or exhibition institute to let more people from my hometown be access to the glorious African culture," he said. "I'm willing to serve as a cultural bridge between Chinese and African people," he added.

The exhibition at the urban planning center will run through April 15.