The number of traffic accidents and resulting casualties in Shanghai last year hit a record low, police said on Friday.

Accordingly, the number of accidents resulting in at least two deaths was down 36.7 percent.

Police contribute the results to the ongoing campaign to crack down on traffic offenses which started two years ago and has seen intense law enforcement, upgraded traffic police cameras and improved traffic facilities to relieve congestion.

The number of traffic offenses detectable by traffic police cameras around the city has been increased to 26.

In the past two months, nine traffic police cameras in downtown districts watching out for law-breaking bike riders and pedestrians have recorded about 8,900 offenses.

Among the offenders were about 3,900 jaywalkers, 4,000 bike riders who used a wrong lane, and 980 others who rode through a red light. 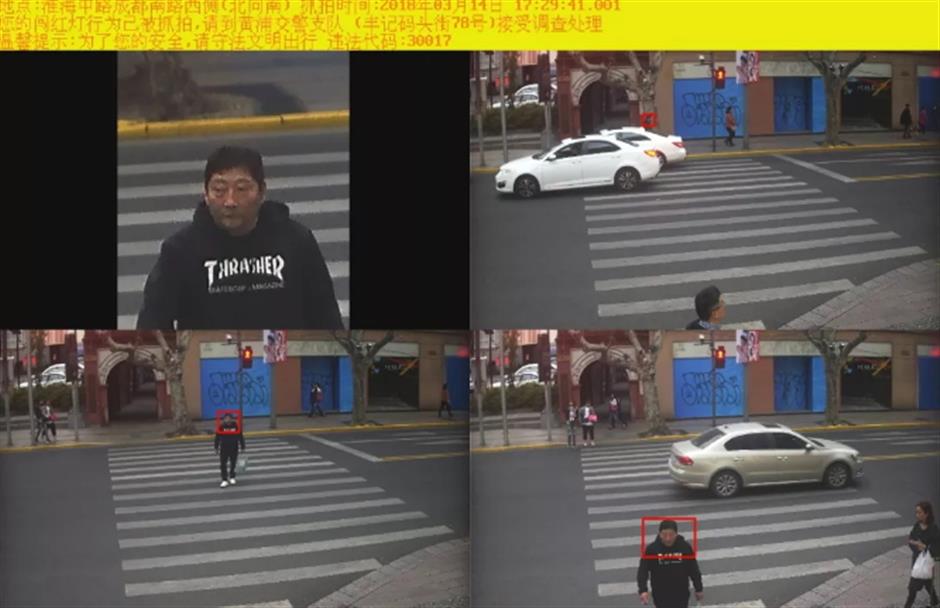 A pedestrian, surnamed Jin, is caught on a police camera crossing the street against a red light at the crossroads of Huaihai Road M. and Chengdu Road S. on March 14.

Police said over 1,400 offenders have paid fines, with 55 percent paying through their official mobile app and the rest at the police station in person.

Previously, the government announced that it will continue to expand the crackdown on traffic offenses.

An official from Pudong traffic police told Shanghai Daily that Shanghai traffic police are exploring the possibility of enabling pedestrians and bike riders to pay fines on the spot via their mobile phones.