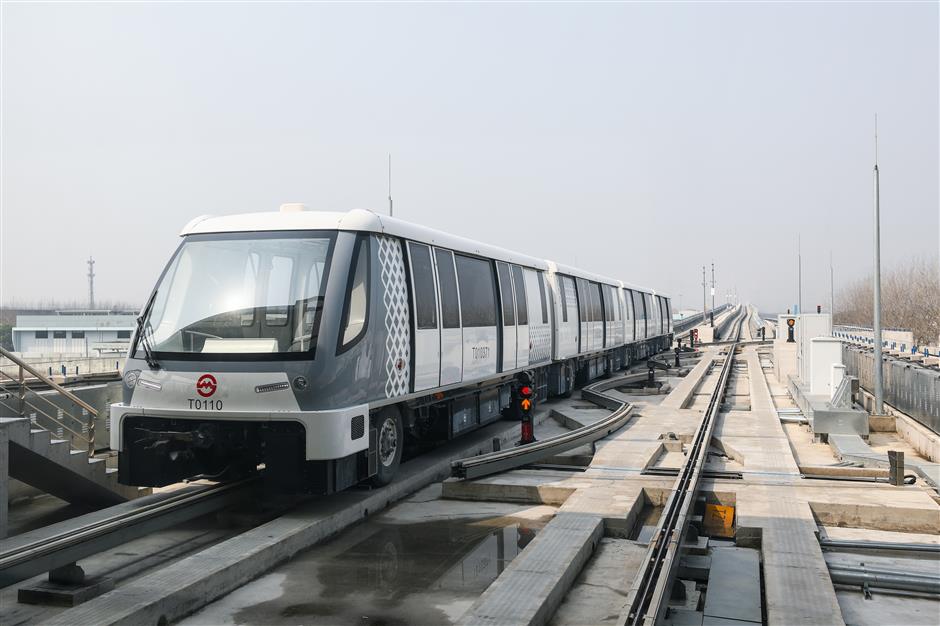 Pujiang Line pulling in to Huizhen Road Station in Minhang District in its test run.

The 6.7-kilometer APM line runs from Shendu Highway Station and is connected with Line 8 to Huizhen Road in Minhang District, stopping at six stations.

Pujiang Line is the city’s first automated Metro line with driverless trains — the entire operation is remotely controlled by a central dispatch room. The train was designed to achieve complete automation, but during the first several months Metro operators will have officers on the platform and in the carriage to guide passengers if unforeseen circumstances occur.

Unlike most APM lines around the world where passengers cannot move from one carriage to another, the four carriages on the Pujiang Line are fully connected and passengers can move about freely, making it the longest APM train in the world.

Xi Wei, the manager of the Pujiang Line project, said there are many residential communities along the route. By utilizing APM technology, Pujiang Line is able to set the distance between each station closer to provide more facilities to residents and solve the so-called “last kilometer” travel issue. 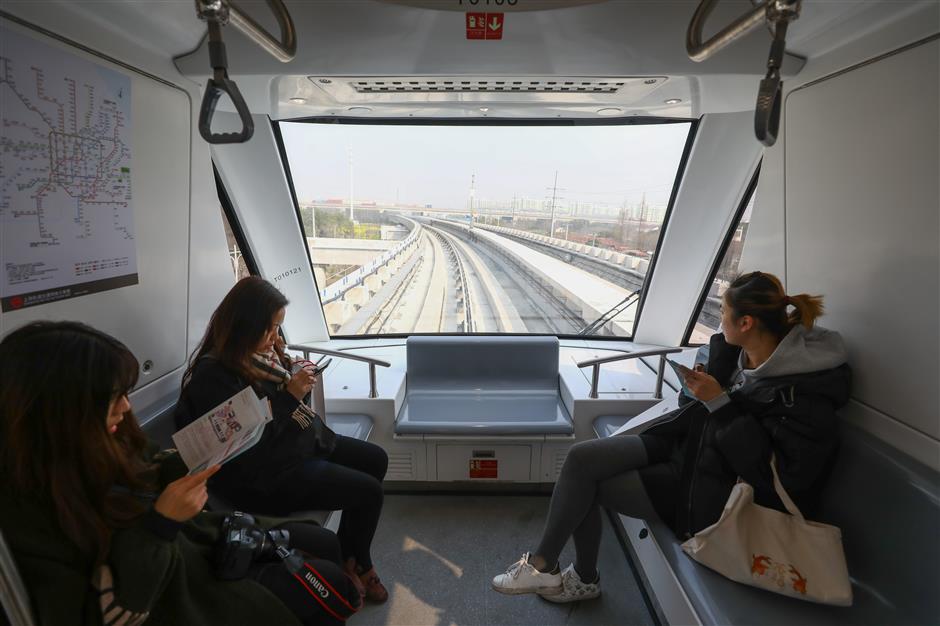 Pujiang Line is the first automated passenger mover (APM) line in the city which requires no driver. Passengers sitting in front will have full access to the view ahead of the train. 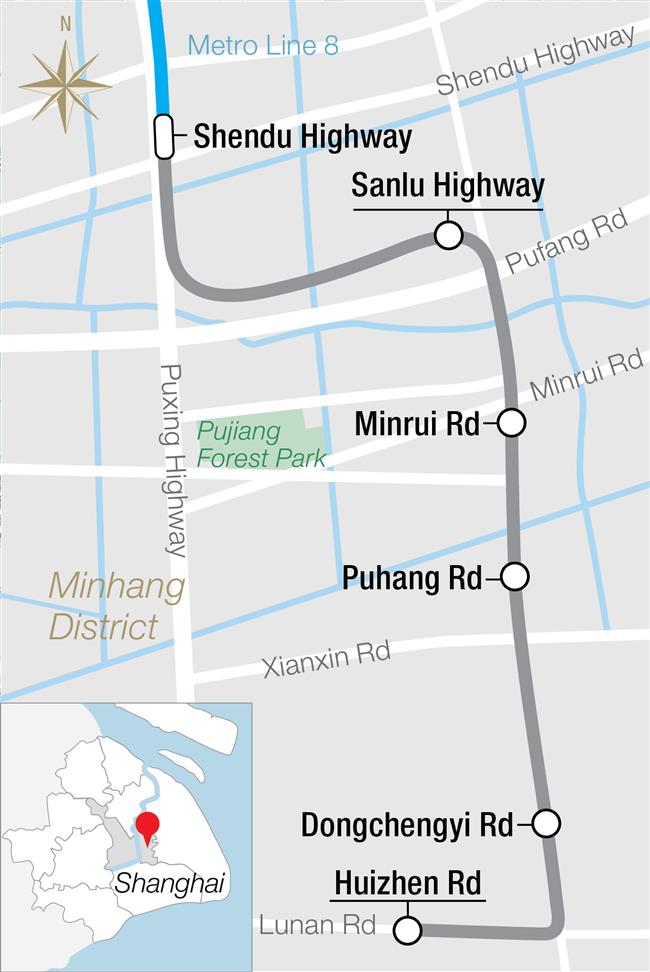 The 6.7-kilometer APM line runs from Shendu Highway Station and is connected with Line 8 to Huizhen Road in Minhang District, stopping at six stations.