The smaller of the “twin peaks” of the “1,000 Trees” project can be seen along the Suzhou Creek.

THE structure of a shopping complex along the Suzhou Creek dubbed the city’s Hanging Gardens of Babylon has been completed.

The initial phase of the “1,000 Trees” project will open to public in late 2019 and include restaurants, museums, art galleries and entertainment sites, developer Tian An China Investments Co Ltd said.

Residents and tourists have been intrigued by the structure’s unconventional appearance, with trees planted on its pillars and balconies. There will be up to 1,000 balconies filled with plants and trees, giving the structure a hill-like appearance.

Construction has begun on the second phase which will be a taller structure with hanging gardens along the creek. It will open as a boutique hotel some two years later.

The structure — designed by Thomas Heatherwick, the British architect behind the UK Pavilion at the Shanghai World Expo in 2010 — is along Moganshan and Changhua roads in Putuo District to the east of the Changhua Road Bridge.

The riverside region was the former site of China’s earliest private flour factory — east Asia’s largest and most modern plant of its kind when it opened in 1900.

The Fufeng Flour Factory, which became the Shanghai Flour Factory in the 1960s, was owned by brothers Rong Zongjing and Rong Desheng — tycoons known as China’s “kings of flour and textiles.”

Rong Desheng’s son Rong Yiren was vice president of China from 1993 to 1998. He set up the China International Trust and Investment Corp, or CITIC, in 1978. 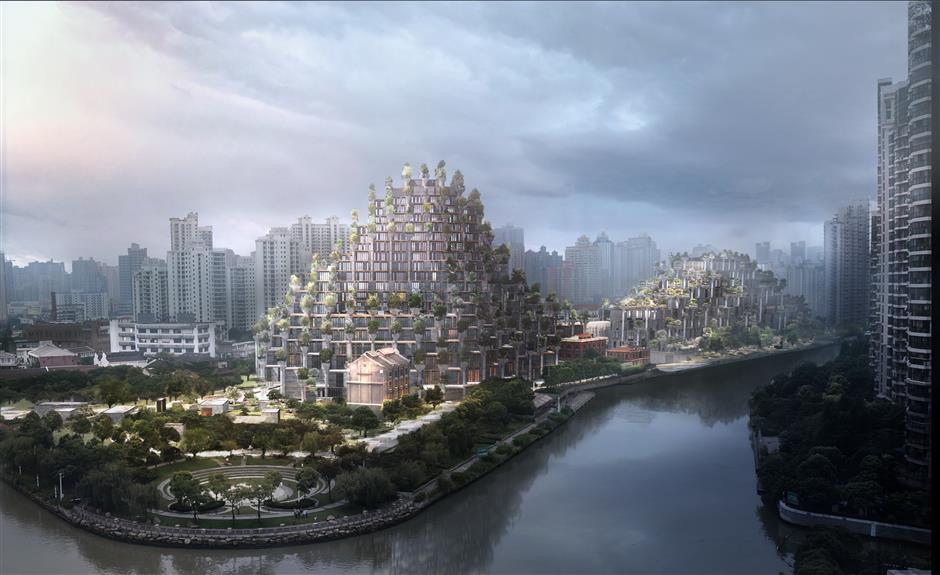 An artist’s rendition of the “1,000 Trees” project along Suzhou Creek. The first part of the project will open next year. 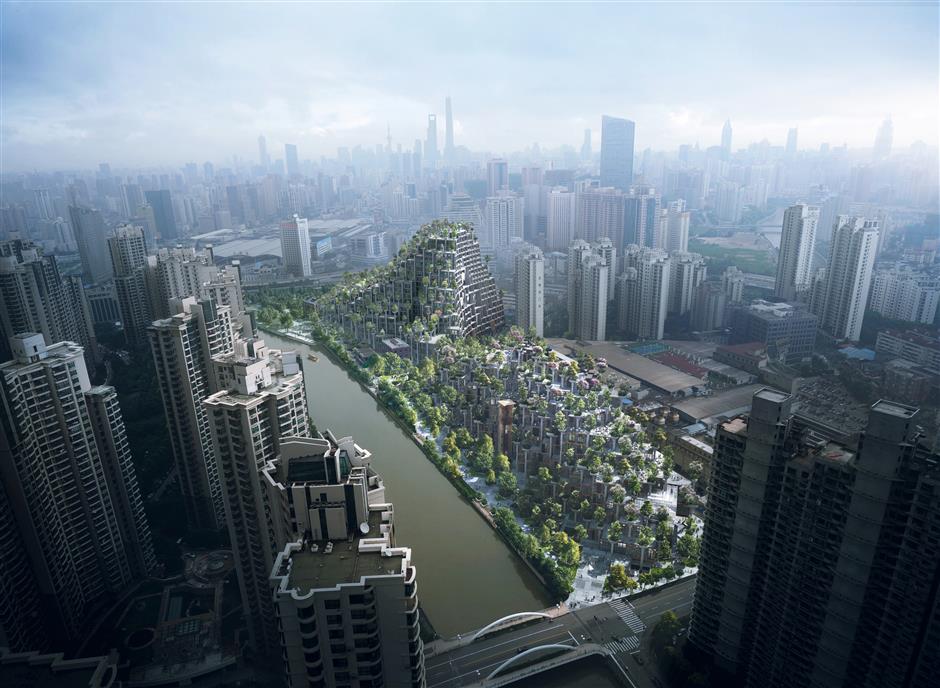 An artist's bird's-eye view of what the "1,000 Trees" project along Suzhou Creek will look like when it is complete. 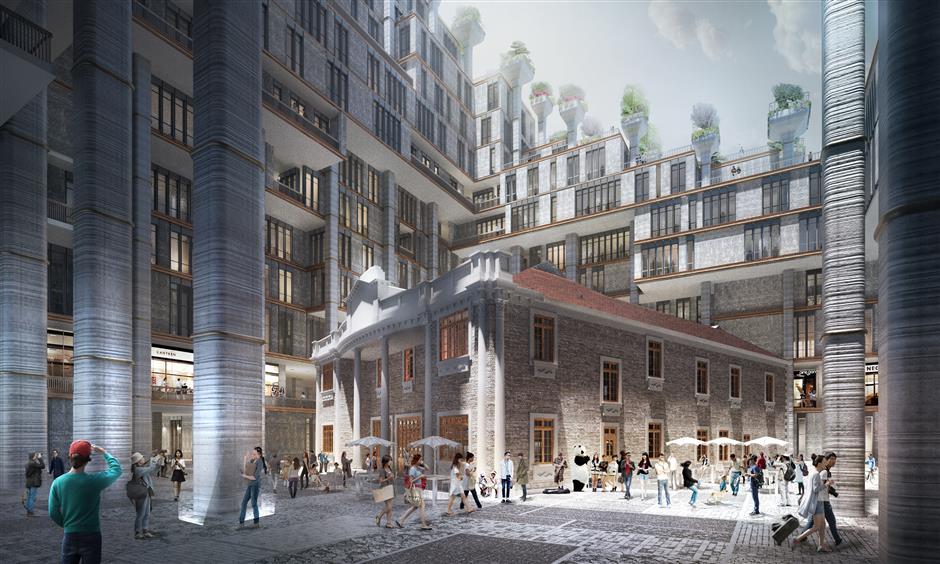 An artist's rendition of the interior of the complex that is taking shape along Suzhou Creek. 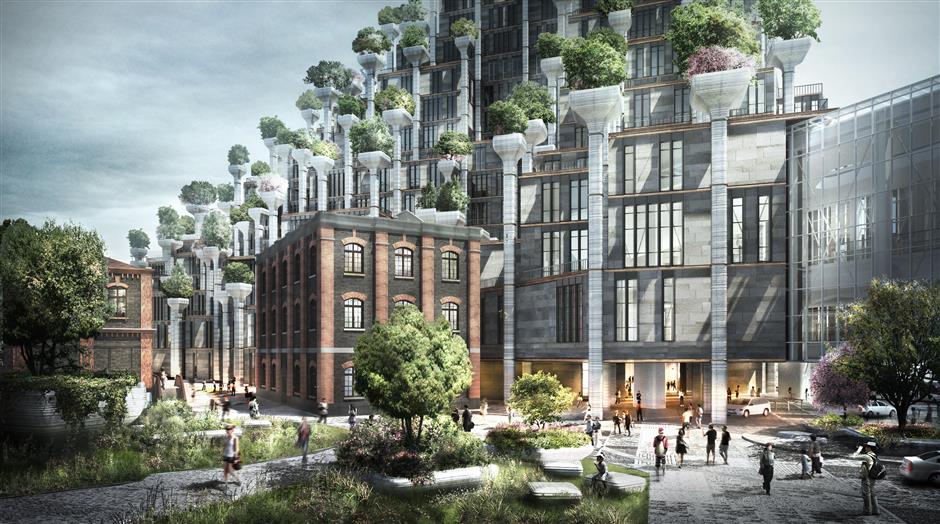 Four buildings from the former Fufeng Flour Factory have been preserved and will be incorporated in the '1,000 trees' project.

To highlight the history of the site, four buildings belonging to the former flour plant have been preserved and will be incorporated in the new complex, the company said. One building is being converted into a museum about the flour factory, while the others will house an art gallery and restaurants.

“We created the project to be different from the nearby high-rise buildings as well as well-connected with the neighboring M50 art hub, Suzhou Creek and the four historic buildings,” said Patrick Lee, CEO of Tian An China Investments. The aim was a “warm and live” structure rather than a concrete mammoth, he said.

The inspiration for the design came from China’s Yellow Mountain with the two phases of the project resembling two peaks, while the trees and plants make it look like mountain cliffs. “I wanted to create a structure where designers and businessmen can be inspired about possibilities,” said Heatherwick.

The project is beside the M50 art hub, home to about 130 galleries and organizations from 18 countries. It opened in 2001 and features fine art, fashion design, architecture, furniture, film and animation, jewelry and art education.

The two phases of the complex will cover an area of 300,000 square meters. The first phase in the west will have three floors underground and nine stories above, while the east part will have 19 floors above ground. A skywalk will connect the two.

A riverside path flanked by cherry trees will be created in front of the complex along the creek and a dock will be built as a stop for sightseeing cruises. 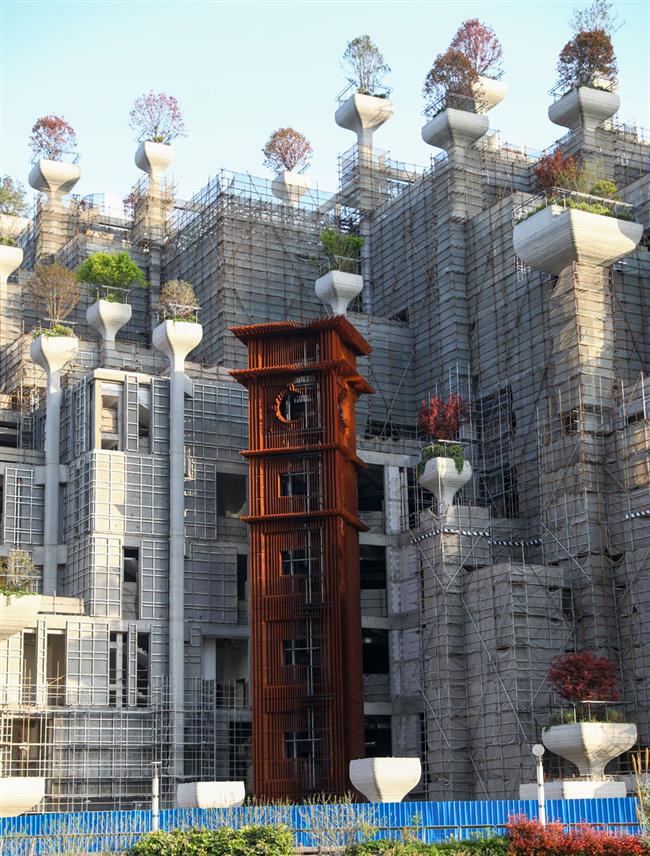 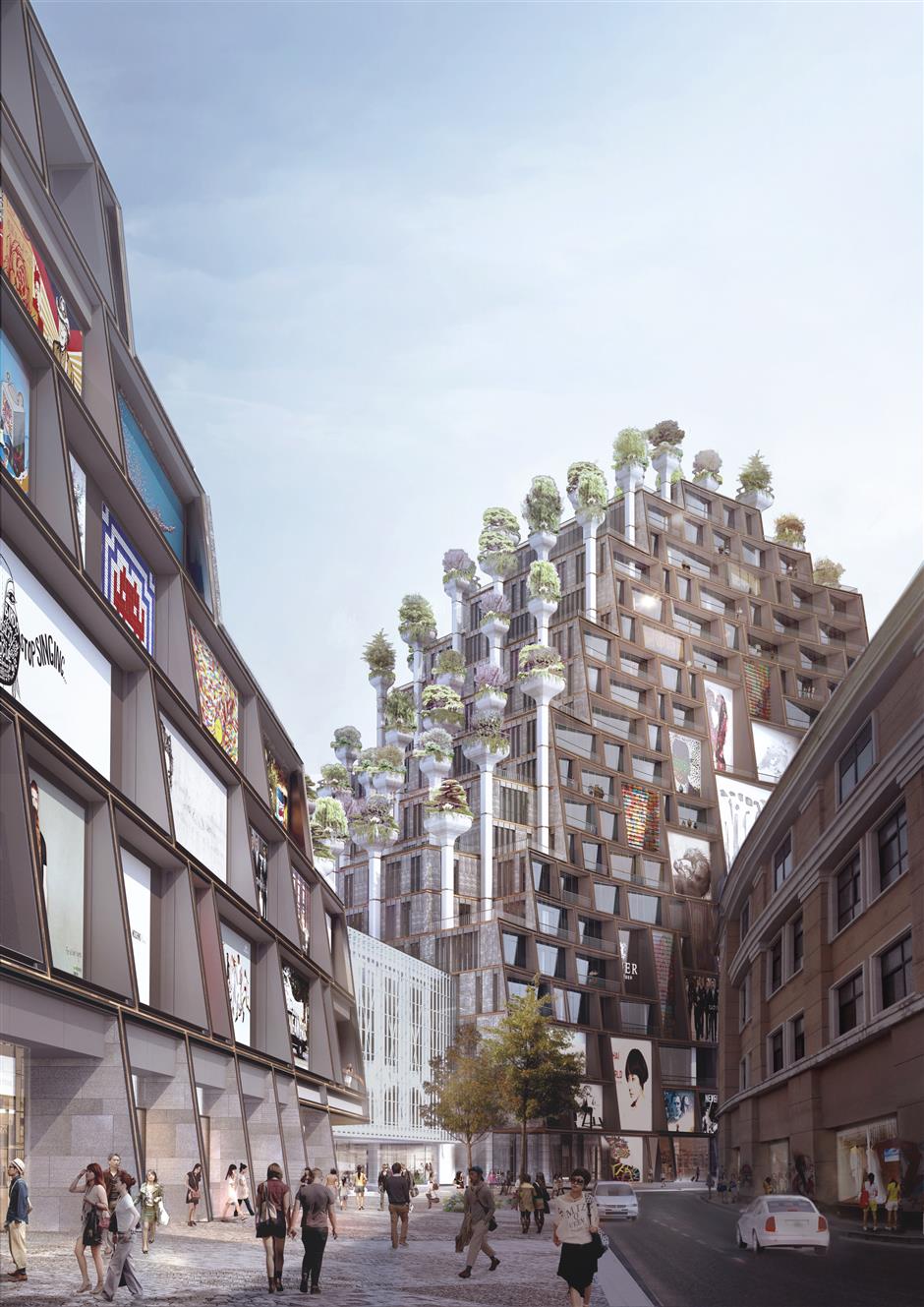 Residents and tourist alike have been intrigued by the structure's unconventional appearance, inspired by China's Yellow Mountain. 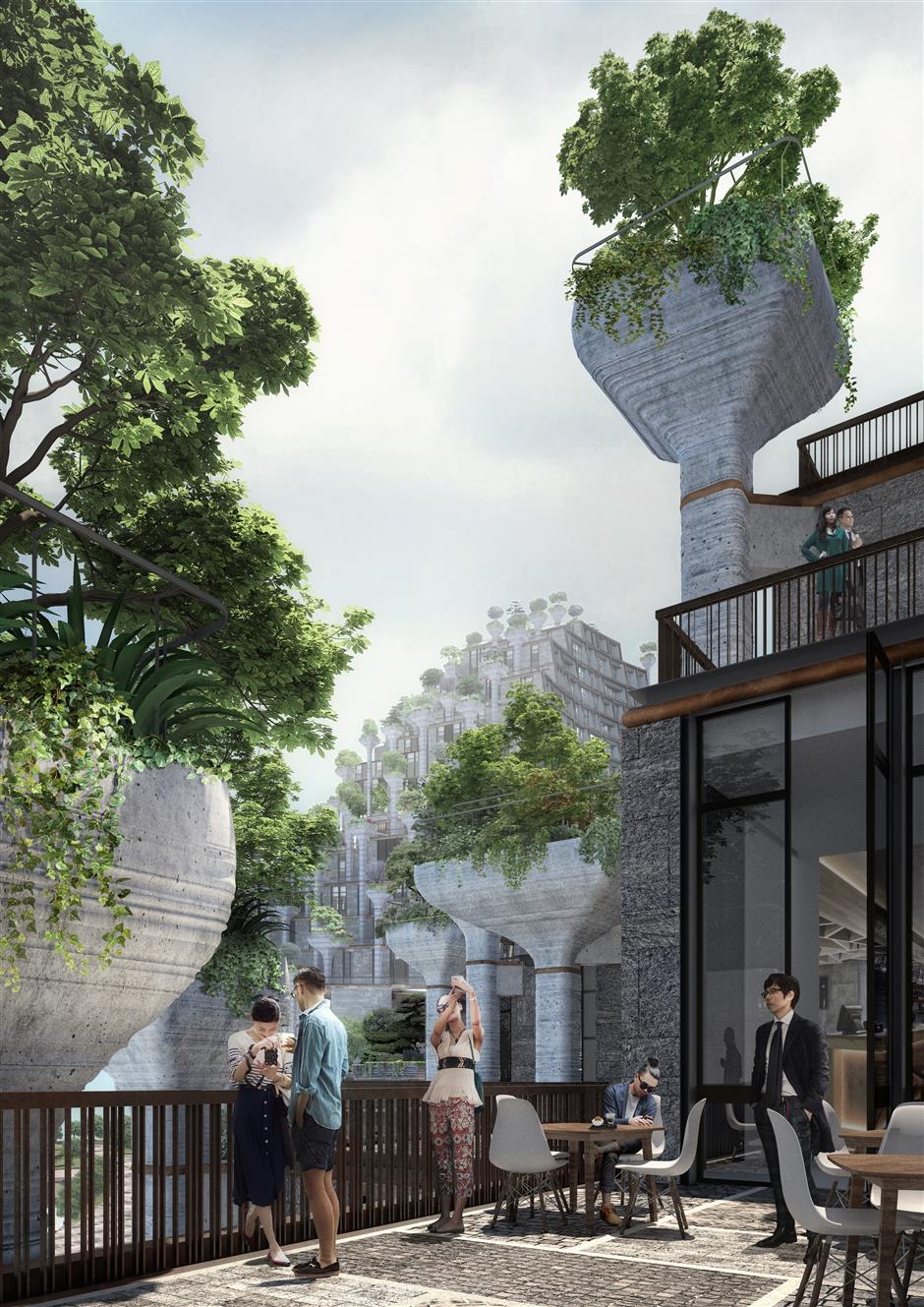 The new complex will feature trees and plants growing on the structure's 1,000 balconies.

Architect Thomas Heatherwick said he wanted to create a structure where designers and businessmen can be inspired about possibilities.