Li calls for closer cooperation between Shanghai and Vietnam

Shanghai Party Secretary Li Qiang met Nguyen Van Binh, a member of the Politburo of the Communist Party of Vietnam and governor of the State Bank of Vietnam, and his delegation on Wednesday.

Li said China and Vietnam have a friendly relationship and are neighbors for a long time. Shanghai and Ho Chi Minh City have had extensive and fruitful cooperation since the two cities formed sister city ties 20 years ago.

This year marks the 40th anniversary of China’s opening-up and reforms and as the country’s economic center, Shanghai will step up the reforms and further open up to the outside world. Li hoped Shanghai can use this opportunity to strengthen cooperation with Vietnam in cultural industries, education, technology and trade. The city is also willing to share its experience in reforms with Vietnam and promote the strategic partnership with it.

Nguyen said China’s achievements and its opening-up and reforms are impressive, from which Vietnam has a lot to learn. He hoped the two sides can effectively collaborate on the Belt and Road Initiative according the consensus reached by the top leaderships of the two countries. Vietnam is willing to enhance cooperation with Shanghai in trade, cultural industries and tourism. 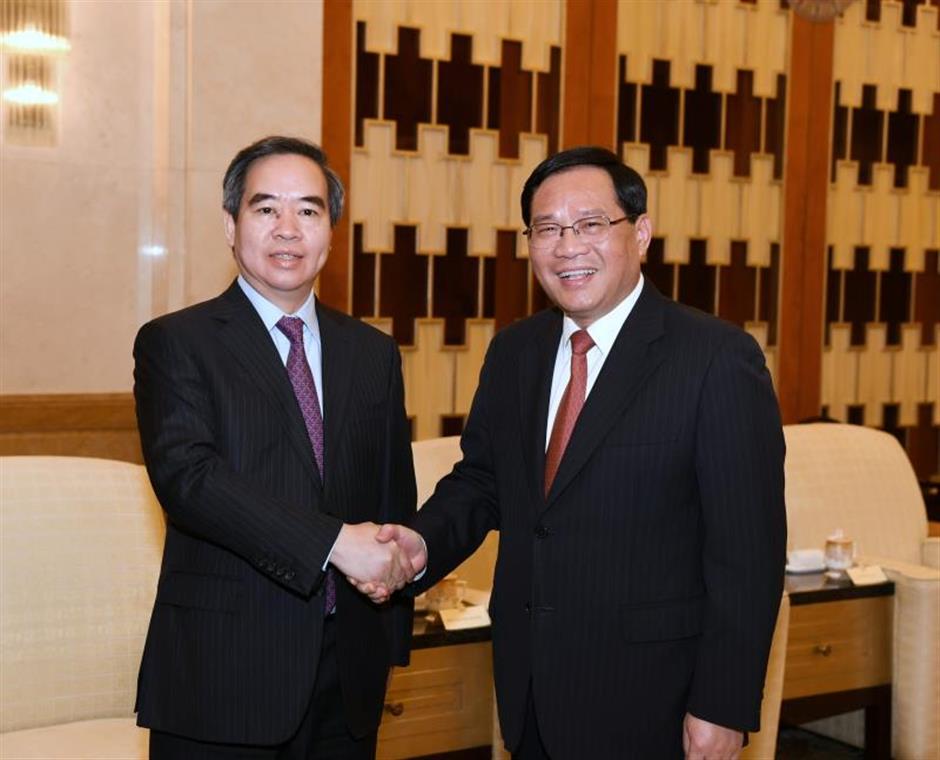 Shanghai Party Secretary Li Qiang meets Nguyen Van Binh, a member of the Politburo of the Communist Party of Vietnam and governor of the State Bank of Vietnam.