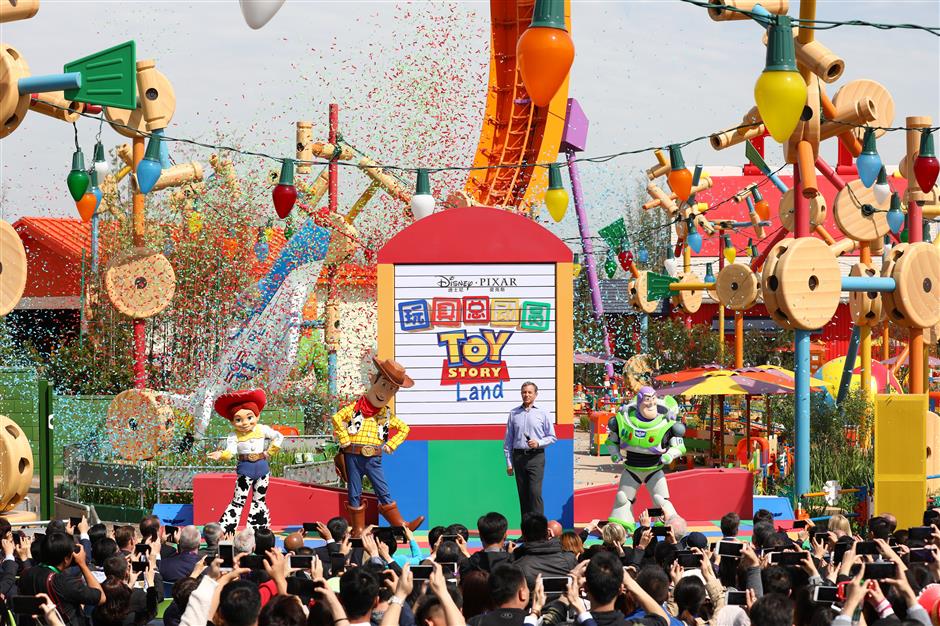 Bob Iger, chairman and chief executive officer of the Walt Disney Company, officially launches the expansion in an opening ceremony in Shanghai on April 26, 2018.

Shanghai Disney Resort celebrated a major milestone today with the opening of Disney Pixar's Toy Story Land, the seventh themed area and the first major expansion of Shanghai Disneyland since it opened in June 2016.

Building on the early success of the resort, the new area features new attractions and entertainment experiences, immersing visitors in the creativity, fun and imagination of Pixar’s Toy Story, the resort said. 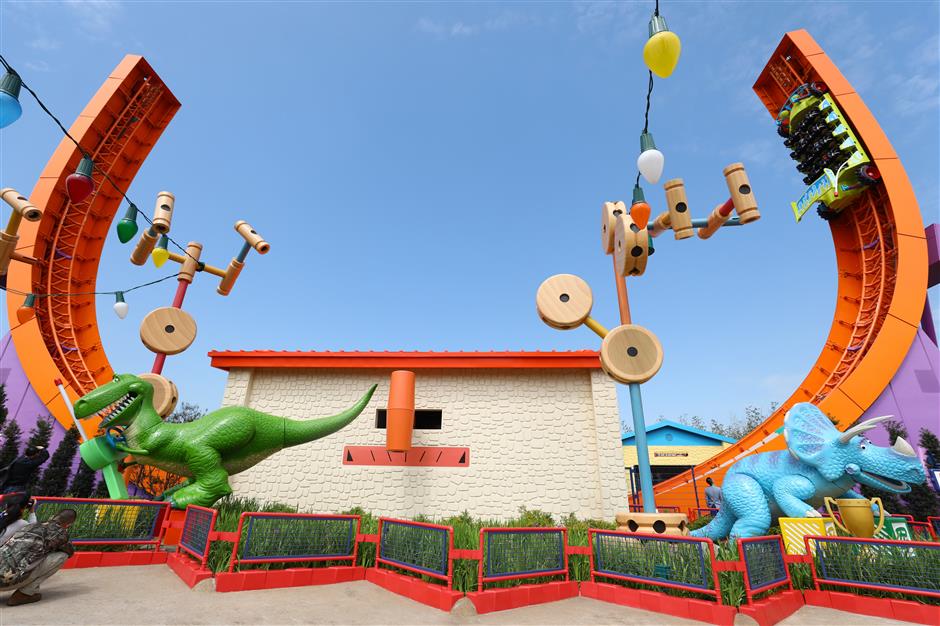 Visitors experience Rex’s Racer, said to be the most thrilling ride in the new Toy Story Land with its 30-meter-tall U-shaped track.

Bob Iger, chairman and chief executive officer of the Walt Disney Company, officially unveiled the expansion in an opening ceremony this morning. Visitors will be able to enter the new themed land from this afternoon.

“We’re grateful to the people of China for wholeheartedly embracing Shanghai Disney Resort, for truly making it their own and also making it one of the most successful theme parks we’ve ever opened,” Iger said.

The new area, inspired by the popular Toy Story films, is adorned with oversized toys, new adventures, colorful sights and characters from the movies. It is designed to make visitors feel as if they’ve been shrunken down to the size of toys. 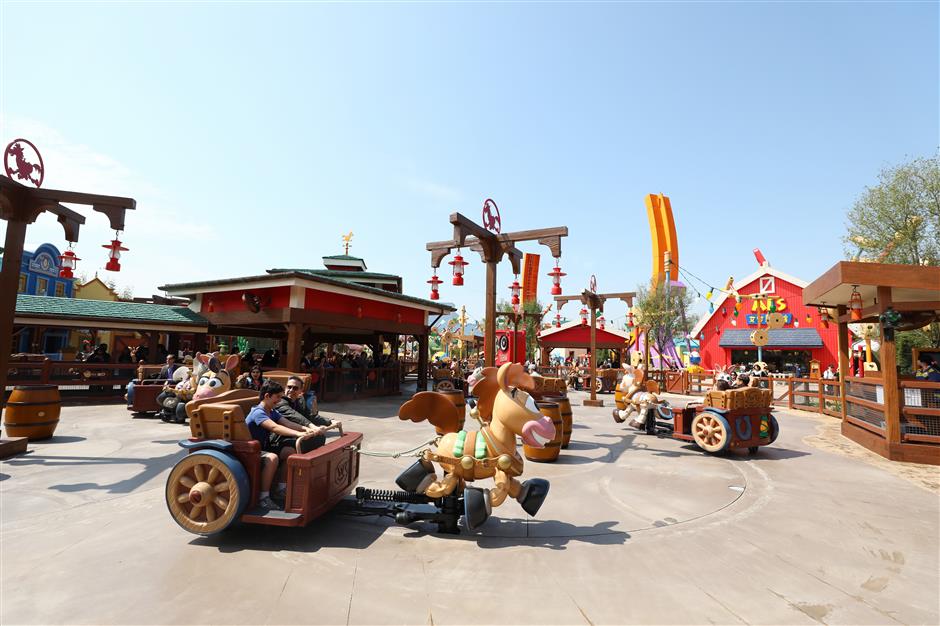 Woody’s Round-Up features 11 ponies, each one pulling a cart.

Rex’s Racer, with its U-shaped track, is said to be the most thrilling of the three rides. It will zip forward and backward at increasing heights and speed on a 30-meter-tall track.

Slinky Dog Spin will let visitors race around a “wavy roundabout.” Woody’s Round-Up features 11 ponies in a ranch, each one pulling a cart. 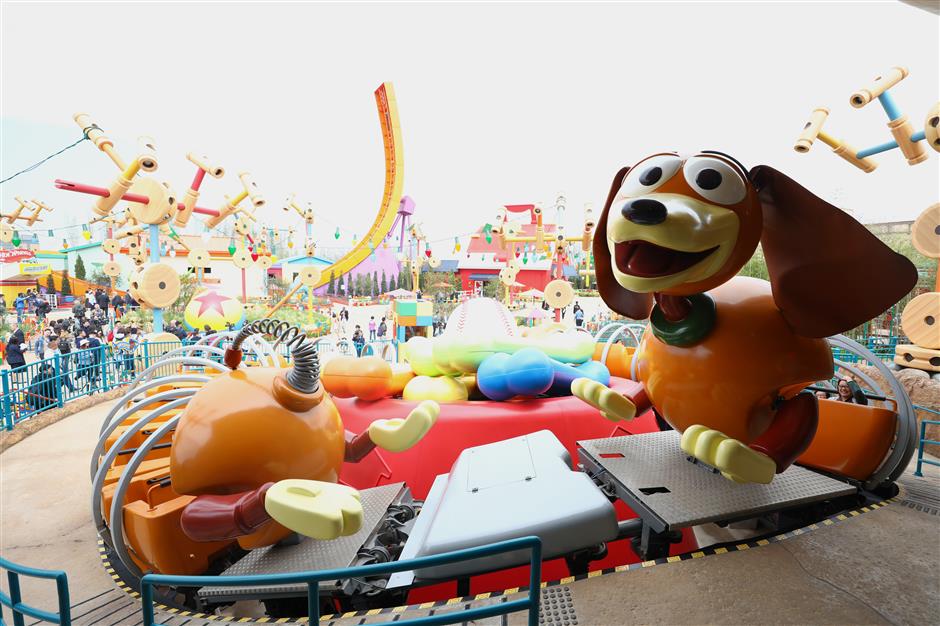 Since opening, the resort has welcomed millions of visitors, according to the resort.

"The resort has quickly become a premier tourism landmark in Shanghai, for both Chinese and foreign visitors," said Fan Xiping, chairman of Shanghai Shendi Group, a shareholder of the resort.

"We look forward to continuing our close collaboration with the Walt Disney Company as we further position Shanghai as a world renowned tourism city, introducing exciting new experiences to guests and delivering a top-tier level of service,” Fan said. 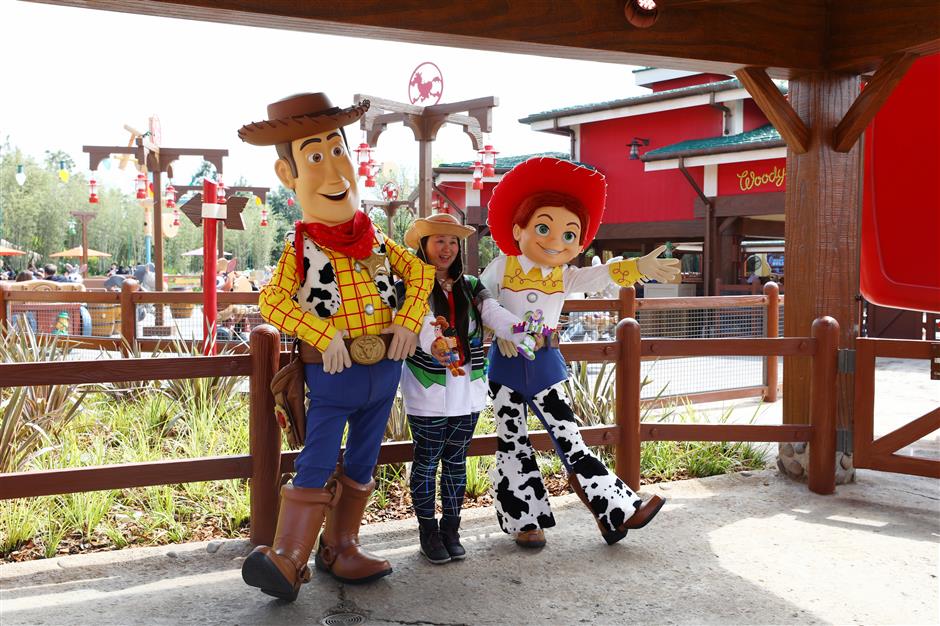 A visitor poses with Toy Story characters Woody and Jessie in the new Toy Story Land at Shanghai Disneyland.

Work on the Toy Story Land started in November 2016 and was completed within a year-and-a-half, thanks to a simplified approval and verification process initiated by the local government.

The facility like Rex’s Racer, for instance, took about 40 days to get approval from the market supervision authority of the Pudong New Area.

The administrative commission of the Shanghai International Tourism and Resorts Zone, where the Shanghai Disney Resort stands in the core area, has set up a coordination platform for various governmental bodies to speed up their verification processes, Sun Caiguo, a senior official with the commission, said.

The tourism zone has received 34 million visitors since its official opening two years ago, the commission said.