Island of dreams for top cyclists 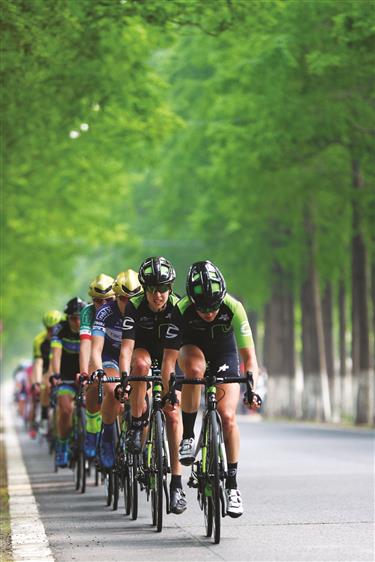 Cyclists sprint in the 2018 UCI Women’s World Tour in the soothing greenery of Chongming Island. The district aims to develop an eco-friendly island while promoting it as a heaven for outdoor sports and fitness.

Eighteen teams — each consisting of six cyclists — competed in the main races from Thursday to Saturday.

With over 359.3 kilometers to cover, this year’s course was as much a test of athletic endurance as it was a display of the island’s natural beauty. The race passed through virtually every village on the island, as well as a string of famous travel spots such as Dongping Forest Park, Mingzhu Lake Park and Xisha Wetland Park.

Contrasts abounded as cyclists crossed the awe-inspiring Shanghai Yangtze River Bridge, and then moved on to tranquil park paths, the splendor of Dongtan Avenue and the rustic charm of country byways.

Germany’s Charlotte Becker of Hitec Products-Birk Sport won the yellow jersey for the best overall time of 8:45:55 in the points classification. 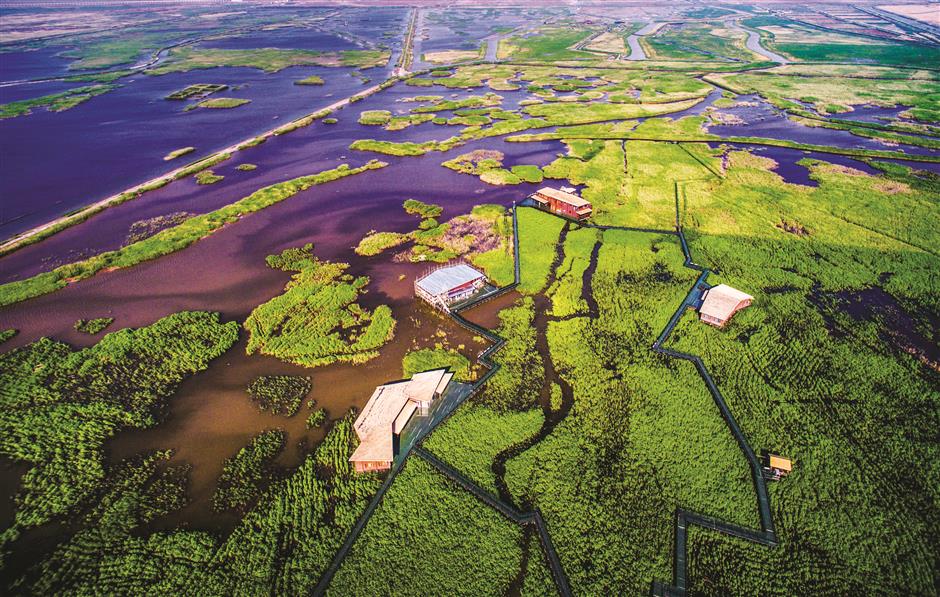 Dongtan Wetland’s greenery was the backdrop as the world’s best cyclists raced round the island.

“It is so exciting to race on Chongming Island,” said Becker. “I am good at the change of wind and narrow roads here and really enjoy the view.”

The first stage covered the west part of the island. Start and finishing point was Chongming Avenue Park Square with two sprint points at Honghai Road (at 29km) and Sanhua Road (79.8km). At 1km to go, the leading group broke and there was a scattered sprint to the finish.

Italy’s Giorgia Bronzini of Cylance Pro Cycling won the yellow and green leaders jersey for her general individual classification by time and points.

With a points advantage from the first stage, Bronzini got the first sprint on Dongtan Avenue (37.7km) at the second stage which started from Changxing Island and covered the east part of Chongming.

Then, Pu Yixian of China Liv Pro Cycling team broke the big group and got a one-minute advantage.

“It is a pity to lose the advantage at last,” said Pu after the race. “Breaking out alone consumes lots of energy.”

The third stage was a 126.5km, 11-lap city circle tour. The two sprint points were at the third and sixth lap. There was no group break out success. Kirsten Wild of Wiggle High5 won first place at 3:03:50. 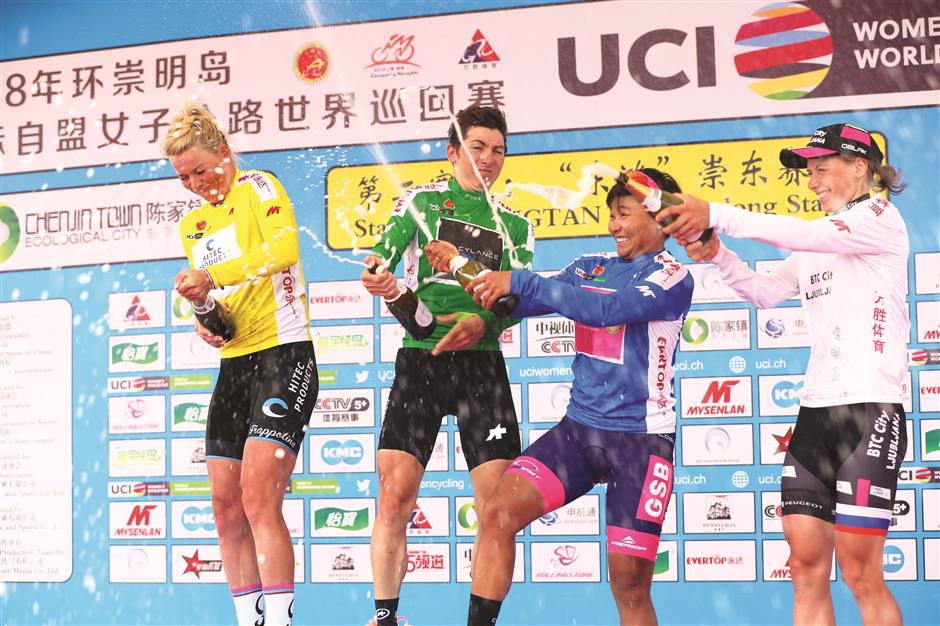 Cyclists break open the champagne to celebrate their success in the three-day 2018 UCI Women’s World Tour on Chongming Island.

A 74-year-old retired English teacher surnamed Zhang was one of the amateur race team members. He also volunteered to help the international cyclists.

“I have been practicing cycling for more than 50 years,” says Zhang. This event gives me a chance not only to strengthen my body but also make more friends.” 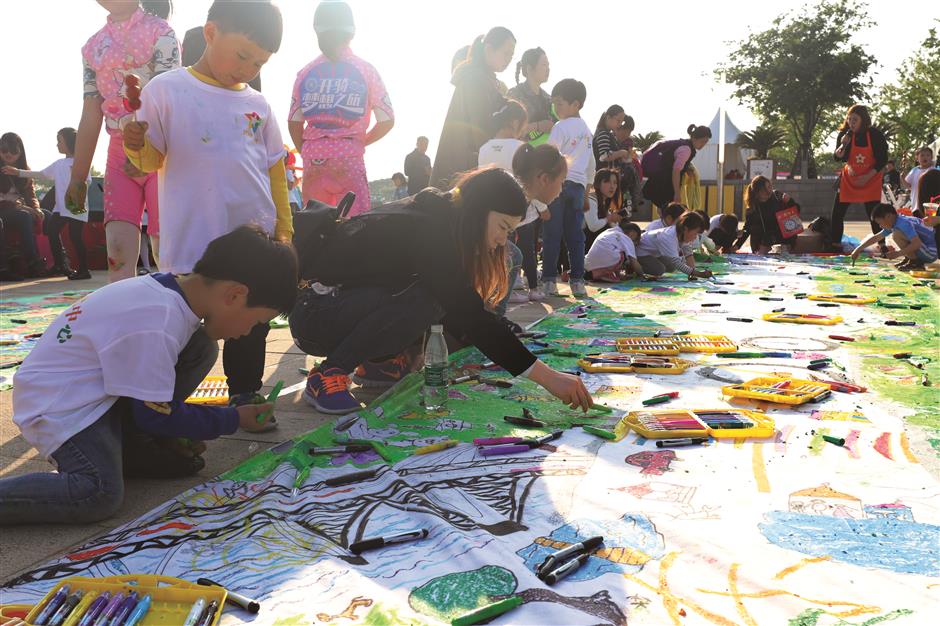 Visitors, young and old, join in a group painting event, part of the cycling carnival that attracted throngs of participants.

The carrier optimized the 4G network in the region with peak upload and download speeds of 75 megabytes per second and upgraded capacity for concurrent usage for 7,600 people.

Shanghai Mobile had a backup telecoms vehicle at Xincheng Park, which could send 4G signals in emergency conditions.

On-site support teams were also set up in Xinchong Hotel, Xincheng Park and Changxing Phoenix Park to ensure stable and reliable telecommunications during the event.

Shanghai has plans to make the island a world-class destination for eco-tourism and, thanks to the international cycling event, Chongming is attracting more attention worldwide, Gong said.

“About a quarter of the island remains forested. Natural wetlands, fresh air and cleaned-up waterways have made the island a favorite playground for outdoor sports.” 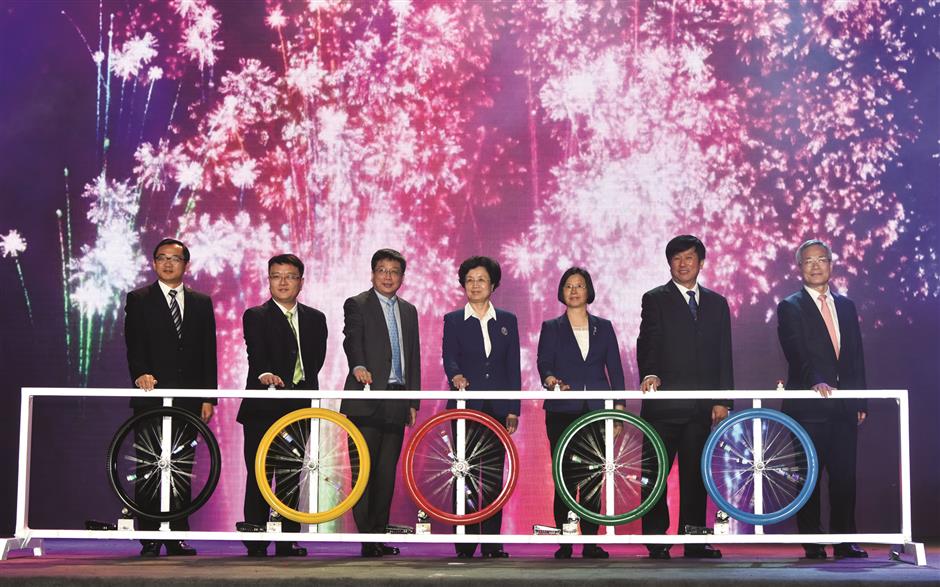 Officials press the buttons to initiate the cycling race.

Gong said that future sports events held on the island would include football, basketball, tennis and water sports such as kayaking, rowing and dragon boat racing.

The 10th China Flower Expo, a 100-day event, in 2021 will also build a more enchanting environment for sports lovers from all over the world, Gong added.

The concept will be “One Town, One Flower,” or each town featuring one kind of flowers.

For example, in Xincun village, visitors will find the sweet scent of osmanthus, while Miaozhen Town will feature maple trees that turn a brilliant scarlet in the autumn. In spring, Zhongxing Town will be awash with cherry blossom, while the paths through Luhua Town will follow the banks of a scenic lake and pass by tangerine orchards. Changxing Town will feature a four-season scenic area, complete with four cycling rental stations. 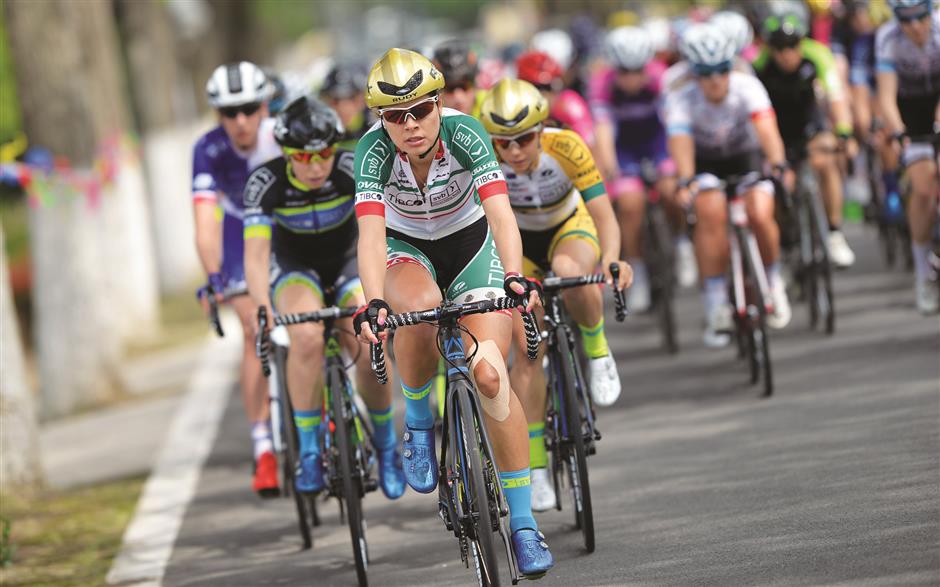 Cyclists dash in the S1 stage of the three-day 2018 UCI Women’s World Tour.

“There will be altogether 900 sports games held on the island. We are sending a calling card to the world,” said Wang.