A Coffee finds new home after support floods in 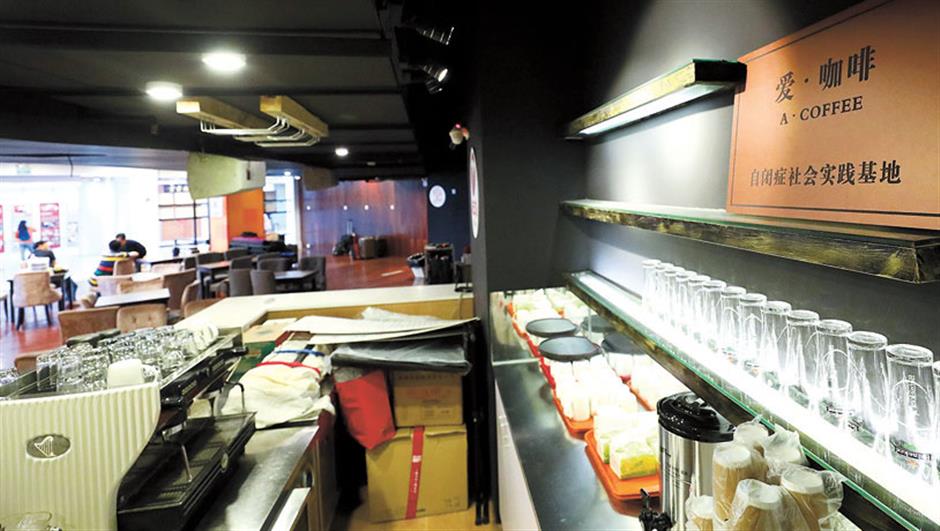 A charity coffee shop run by autistic teenagers has found a new home, allowing it to continue operating after it was forced to close despite becoming an Internet sensation because of its unique staff.

A Coffee is a program organized by charity worker Cao Xiaoxia.

Trained volunteers play “customers” and eight autistic teenagers, with an average age of 16, work as baristas and waiters.

It quickly became popular after it started to accept “customers” on April 16 in a building tucked away in Jing’an Park.

But just three weeks later, it was told to move out as the building’s management hadn’t expected it to be such a success rather than just a temporary set-up.

It was flooded with offers of space after reports of its closure went viral.

Of all the offers, the Shanghai Youth Activities Center, at 188 Hanzhong Road in Jing’an District stood out for is great location and resources.

The center is providing a 200-square-meter space rent-free on its first floor. Cao said the center has convenient traffic access and rich resources.

Besides brewing coffee, the workers are expected to learn other skills and join in a wide range of charity activities.

Cao, volunteers, “staff” and their parents moved the equipment into the new space on Sunday morning.

It is expected to officially reopen next week after a week of preparation, said Ishiwata Tanni, Cao’s son and also a volunteer on her team.

After the coffee shop was closed this month, the teenagers lived in frustration and were longing to reopen.

But for Cao, it is a also good lesson. A Coffee creates a “simulated society” where the teenagers learn how to deal with real-life challenges in the workplace and life as well.

“In fact, the coffee shop’s closure is a real-life difficulty for them. It can be regarded as part of their practice,” Cao said.

Another worker, Shen Yanzhen, has designed a brand-new logo for A Coffee. A giant “A,” in colorful pieces of jigsaw, stands in the middle of a circle filled in red. The “o” in the word “coffee” has been replaced by a coffee bean. So far, more than 3,000 people have filed applications online hoping to become customers.