Party hero and chronicler of the Long March 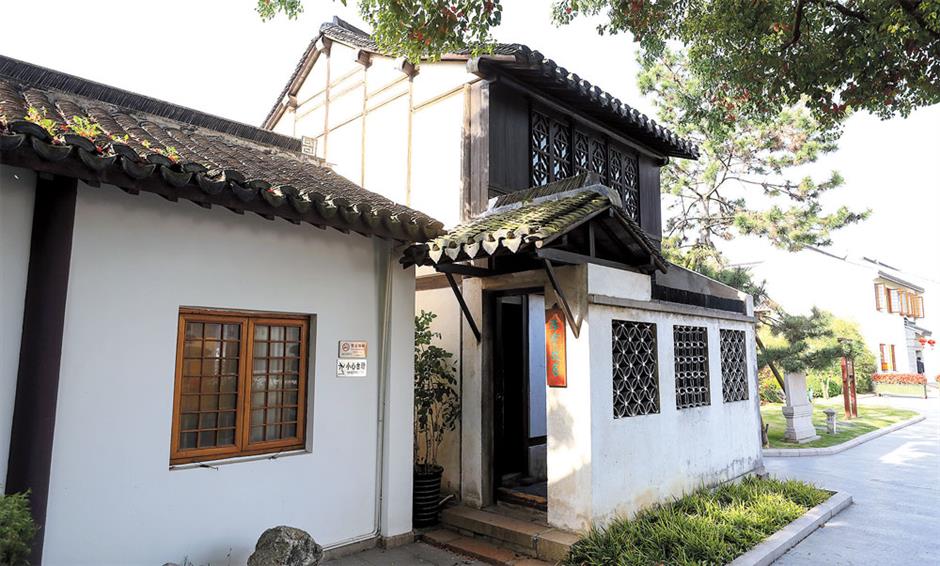 The old house where Chen Yun grew up in the early 1900s has been preserved in Liantang Town, Qingpu District.

Liantang, a watertown in Qingpu District, is the birthplace of Chen Yun, an early leader in the Communist Party of China who served as a chief postwar economic planner and was the first person to detail the events of the Long March to the world.

The town’s memorial to Chen provides a rare glimpse into life in Zhongnanhai, the one-time imperial garden in Beijing that became the nation’s political headquarters. The old house where Chen grew up in the early 1900s is also preserved. 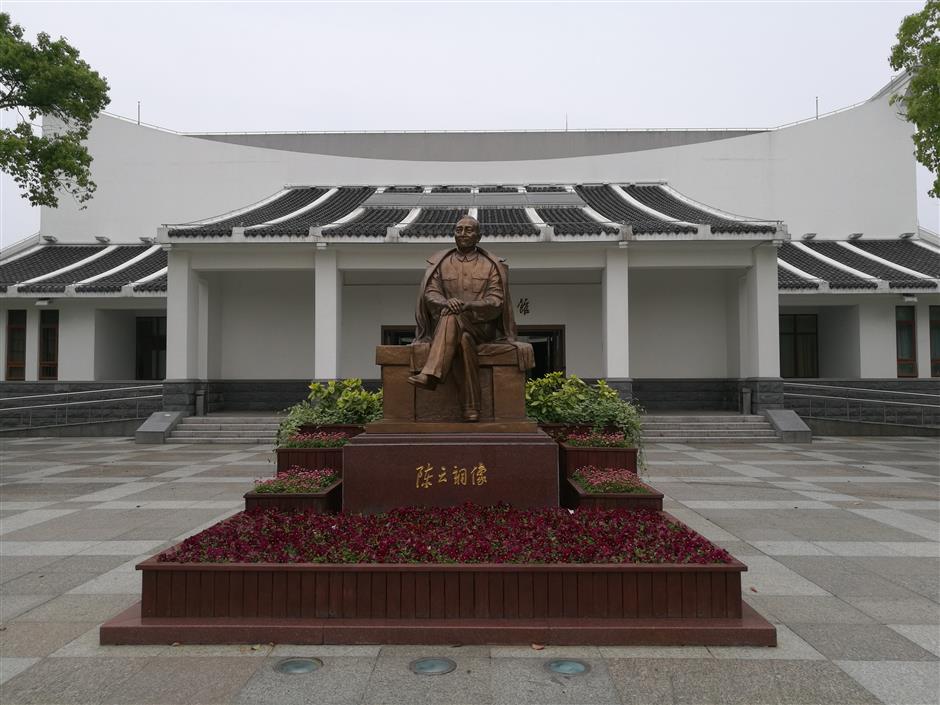 Chen was born into a poverty-stricken farm family in 1906. He lost both parents to disease by the age of 4.

He joined the Communist Party in 1925, taking an active leadership role in worker and peasant movements and the Party’s intelligence network through to the early 1930s.

He was named a member of the Politburo Standing Committee in 1934 and served as the head of the Organization Department of the committee during the War of Resistance against Japan Aggression (1931-45).

In October 1934, Chen joined the Long March, the 12,500-kilometer strategic retreat by the Red Army from Kuomintang forces, through raging rivers, snow-covered mountains and deadly grasslands, that lasted from October 1934 to October 1936. 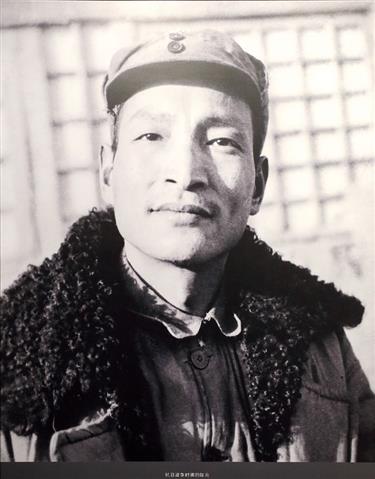 In May 1935, he was one of the commanders who led a retreat over the Jinsha River in Yunnan Province, where over 30,000 soldiers crossed using six wooden boats.

Chen was sent to Moscow in September of that year on a working mission to the Communist International. There, he wrote a 45,000-word account under the alias Lian Chen based on his personal experience on the Long March from Jiangxi to Sichuan.

It was first published in a Party-owned publication in Paris and then in Moscow the following year. But his authorship was not revealed until 1985. 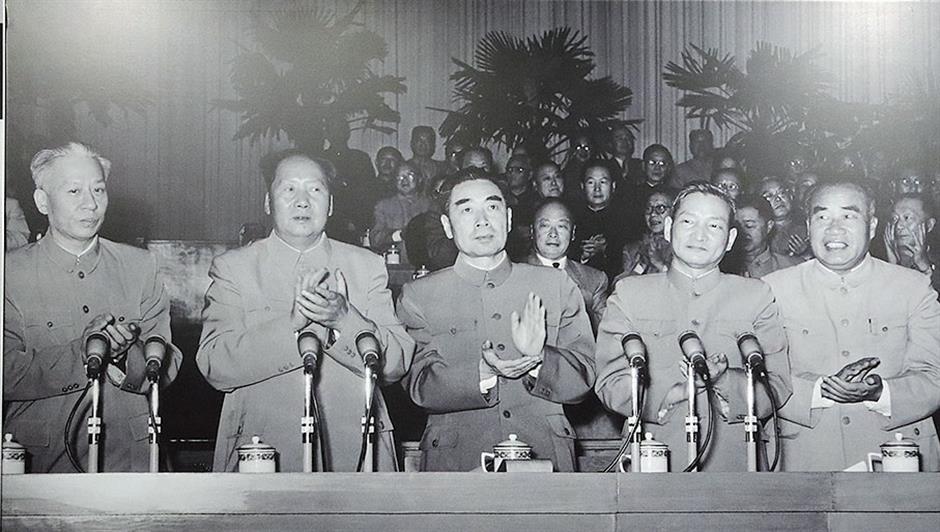 Chen Yun (second right) at the eighth national congress of the CPC in 1956 with (from left) Liu Shaoqi, Mao Zedong, Zhou Enlai and Zhu De.

Memorabilia relating to Chen from that period include a man’s razor and a pack of Gillette blades, a wood-boxed telephone he used during the Long March and a gramophone. Chen was a fervent fan of the traditional Chinese musical performance art form known as pingtan.

He became part of the first-generation collective Party leadership under Mao Zedong, after the People’s Republic of China was established in 1949. He took a key role in the nation’s economic development in the ensuing two decades, drawing on successful economic policies he implemented in Party-controlled areas of northern China during the battles against the Japanese and the Kuomintang.

Rampant inflation was quickly subdued and economic indicators soared during the first Five-Year Plan, from 1953. At the time, privately owned businesses were allowed in the largely nationalized economy, an initiative from Chen that was considered a deviation from the Soviet model of communism.

In the early 1970s, Chen was among the first to propose attracting foreign capital and technology to China. After the “cultural revolution” (1966-76), he masterminded the stabilization of the economy, which paved the way for further reform and the opening of the country to the outside world. 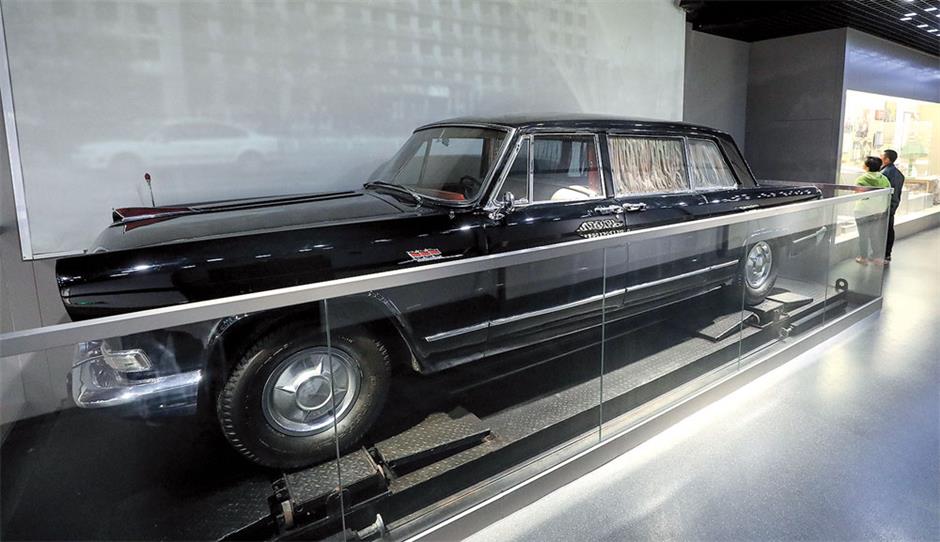 A bulletproof Hongqi, Red Flag, car used by Chen. Called the safest car in the world at the time, it was 6 meters long, 2 meters high, with windows 6.5 centimeters thick.

Chen became a member of the second-generation collective Party leadership under Deng Xiaoping. He retired in 1992 and died in Beijing three years later, aged 89.

The memorial in Liantang has an exhibition area next to the main hall, where visitors can see a replica of the living room, study and bedroom of Chen’s Zhongnanhai quarters. It contains original furniture. 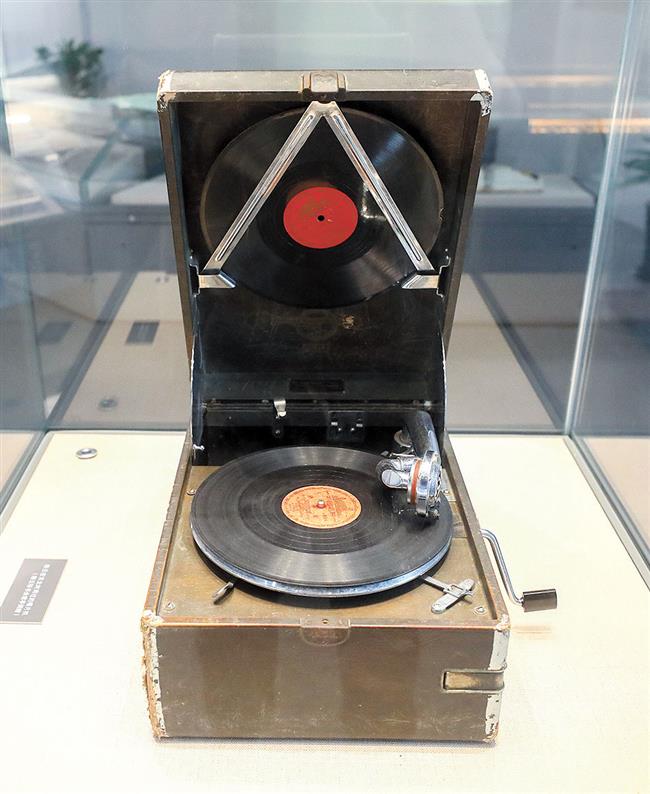 A gramophone used by Chen when he worked in northeast China.

A highlight is a bulletproof Hongqi, Red Flag, car used by Chen. The sedan, called the safest car in the world at the time, is 6 meters long and 2 meters high, with window glass 6.5 centimeters thick. It was said that even if the tires of the car were hit by bullets, the vehicle could drive for another 100 kilometers.

All his life, Chen was known as frugal. That trait is highlighted by exhibits from his daily life — scales used to measure rice for every meal, a silver flatware set with an oxidized surface that Chen used for four decades, and a watch with rotten leather straps.

Chen’s childhood residence, immediately behind the memorial hall, was the house of his uncle, who adopted him after Chen’s parents died. It is built of bricks and wood in the humble architectural style typical of the area just south of the Yangtze River.

The part of the house facing the street was used as a tailor’s shop and later a tavern, while a back room on the first floor was Chen’s bedroom. Almost all the furnishings in the house are original pieces.

The memorial was established in 2000 and then updated in August 2014 with the addition of more digital features.