Bookstore alliance a boon for bookworms across Huangpu

Fifteen bookstores in downtown Shanghai formed an alliance on Tuesday to cross-promote each other by sharing resources and jointly holding events for bookworms.

The initiative was hatched at the Shanghai Civilization Office, a government branch promoting social morality, and the first members of the alliance are all located in Huangpu District.

There are 133 registered bookstores in the district at the moment, with Fuzhou Road between People’s Square and the Bund, and the Xintiandi area being two culture hubs. 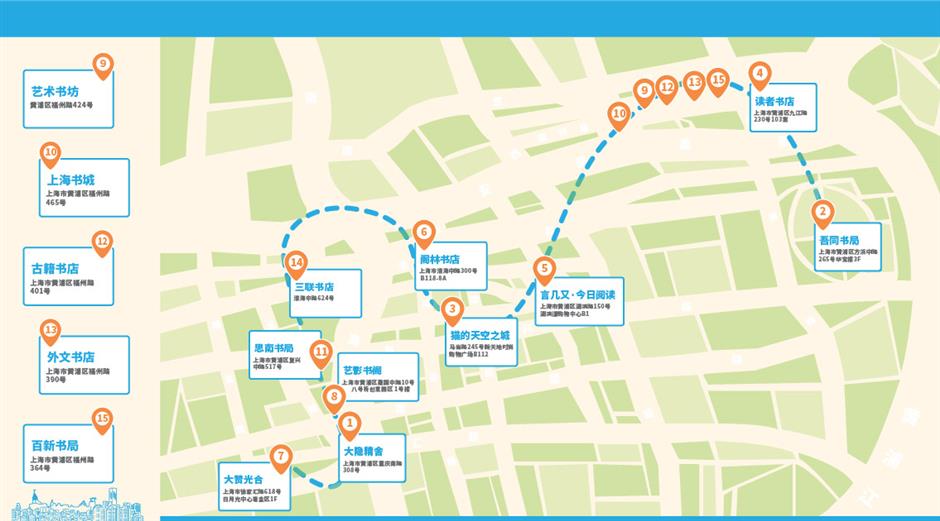 A map showing locations of all 15 members of Huangpu Bookstore Alliance. 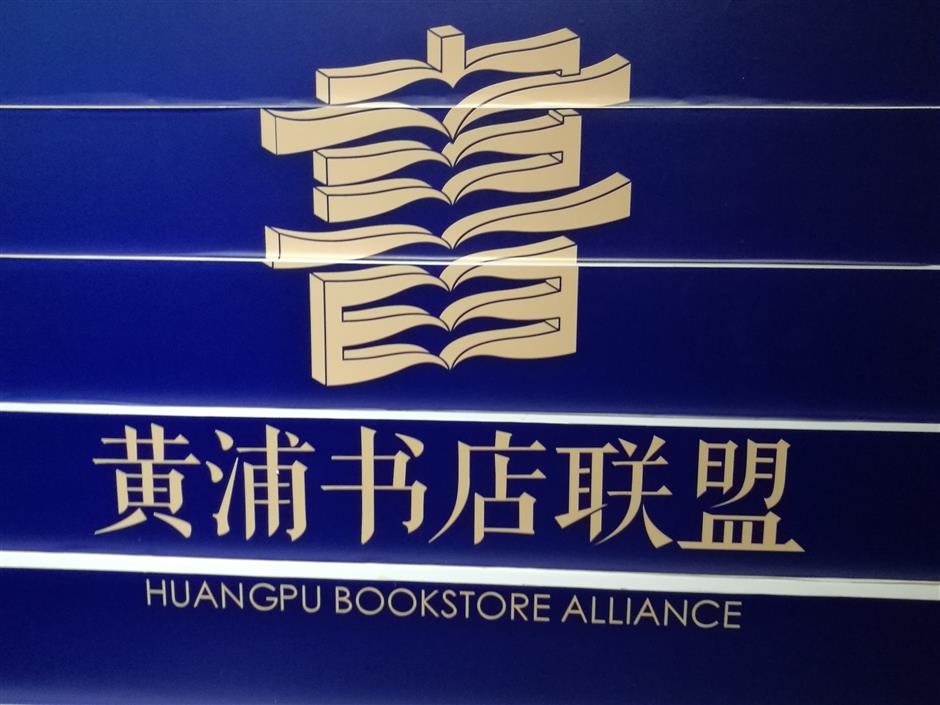 The logo of the alliance will be seen at all of its member bookstores.

Ling Yun, general manager of Shanghai Book Co, is the first rotating head of the alliance.

“All bookstores crave more high-quality cultural content to draw readers and eventually consumers, and the alliance will address this common need by breaking the walls of each and every one of them,” he said at the founding ceremony of the alliance.

“The ultimate goal is to support sustainable development of all types of bookstores,” he added.

Zhou Haoyun, the manager in charge of business operation of Shanghai Ancient Bookstore and Shanghai Art Bookstore, said the alliance encourages bookstores to be “unique,” which is so much the lifeline of book sellers these days.

“From now on we won’t be alone in marketing ourselves,” he said. “We’ll be able to have our names heard more through this platform, with more characteristic events to offer.”

The alliance is open to new members, and its internet portal will be introduced later, the district’s civilization office said.

The alliance named one of its longer-term goals as holding summits on the bookstore industry and branding itself by organizing international book events comparable to the Shanghai Book Fair and the Shanghai International Literary Festival.