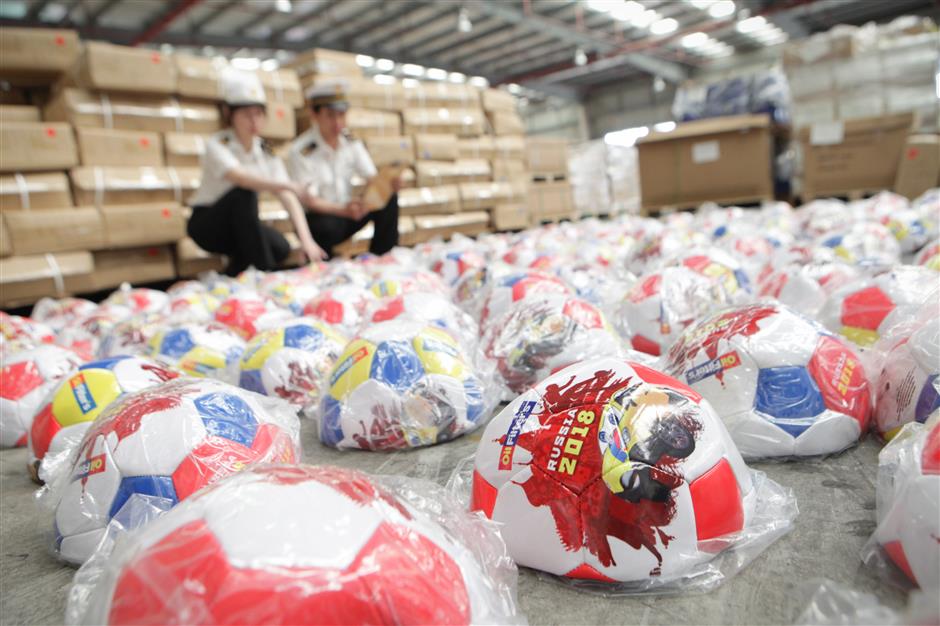 The counterfeit soccer balls with the "RUSSIA 2018" mark are seized by local customs.

In mid April, customs officers at the city’s Yangshan Port were said to have received a batch of soccer balls from a Nanjing-based company that were bound for export to Colombia. Officers noticed rough images of the Kremlin on some of the balls and suspected they might be counterfeit.

Officers found that all of the 2,470 intercepted balls bore the “RUSSIA 2018” trademark and then informed its owner, FIFA.

FIFA reportedly told Shanghai Customs said they never authorized the company in question to use its trademark. They also filed an application for the balls to be seized.

Chinese customs authorities say they have started a crackdown on counterfeits related to the 2018 Russia World Cup with the support of their Russian counterparts.

Shanghai Customs is also gathering information on similar cases handled in other regions to improve supervision.

So far local customs is said to have dealt with or investigated 12 intellectual property cases in connection to the 2018 Russia World Cup, involving more than 130,000 items.