Metro closes the gap with areas across the border 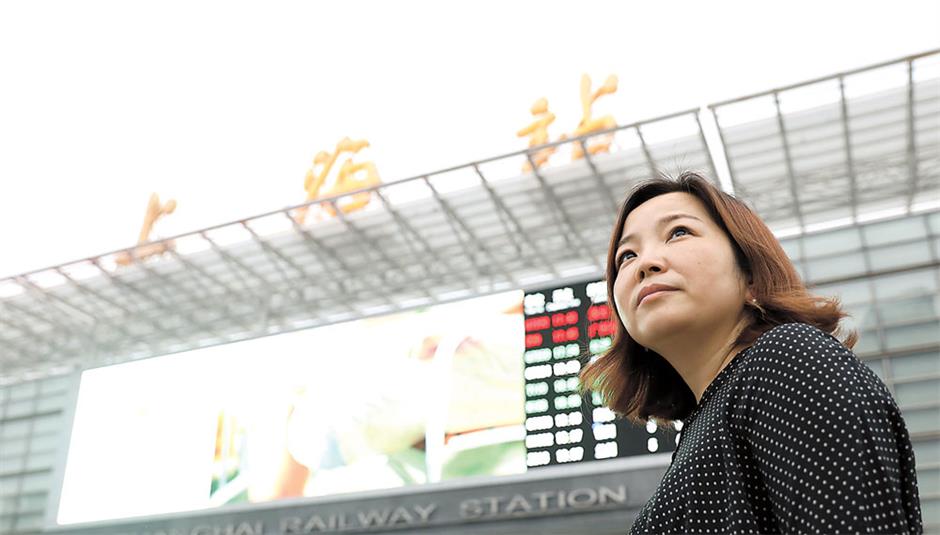 Yin Yuhan, who works for a German drug firm in Shanghai, commutes every day by high-speed train to her home in Wuxi, Jiangsu Province.

Monday: 6:45am. Wang Jiqing packs his photography equipment in a bag and walks 15 minutes from his home in Kunshan in Jiangsu Province to the Huaqiao Station on Metro Line 11 to catch a train to his office in downtown Shanghai.

Monday, about the same time: Yin Yuhan, who works for a German pharmaceutical company, boards the G7029 high-speed train in the Jiangsu city of Wuxi and arrives at the Shanghai Railway Station 42 minutes later.

Both Wang and Yin live in the province neighboring Shanghai but work in the city. They are part of a new breed of long-distance commuters who are taking advantage of the rapid development of intercity transport across the Yangtze River Delta.

The delta, which spans Anhui, Zhejiang and Jiangsu provinces and Shanghai, already has the most developed high-speed train network in China, with stops in 34 of the 41 major cities.

Wang, a photographer and graphic designer who started working in Shanghai in 2003, commutes between Kunshan and downtown Shanghai about two-thirds of every month. He sold his car last year because the out-of-town plate limited his driving in Shanghai. Anyway, the traffic jams drove him crazy and parking was a nightmare.

“It takes an hour to go from the Huaqiao Station to the Xujiahui Station downtown,” said Wang. “Sometimes my work takes me to more outlying areas, but with the Metro system, it’s never too hard to get around.”

Yin came to Shanghai to work in 2001. She used to stay in the city during the workweek and return home to Wuxi only on weekends. On the then slow trains with no air conditioning, the trip took more than two hours, and she often couldn’t even get a seat.

That ordeal ended with the start of bullet-train services in 2007. The frequency of trains increased. In 2011, Yin became a daily commuter from Wuxi to Shanghai. Ninety minutes after leaving work, she is back home, where her mother and son await to have dinner.

“High speed trains have made it so easy to commute between the two cities,” Yin said of her daily routine. “I can focus on my job and have time to see my little boy every day.” 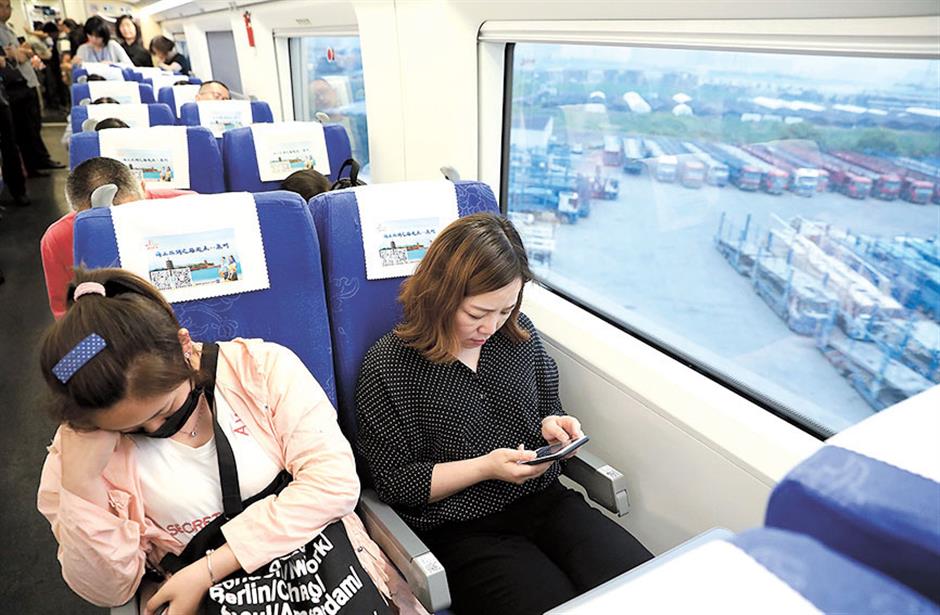 The monthly fares cost about 2,600 yuan (US$406), but Yin Yuhan figures that’s cheap compared with the cost of renting a small flat in Shanghai for weekday stayovers.

There are obviously many people who agree with her.

“Tickets for Monday mornings and Friday evenings must be purchased a week in advance,” she said. “Some people do the commute only on weekends when they return home.”

Yin’s monthly fares cost about 2,600 yuan (US$406), but she figures that’s cheap compared with the cost of renting a small flat in Shanghai for weekday stayovers.

Indeed, rising home prices in the city have forced many people to move out of town and become long-distance commuters. After Metro Line 11 stretched into Kunshan in October 2013, the city became a popular living option for people who work in Shanghai proper.

Before moving to Kunshan in 2013, soon after trial operation from the Huaqiao Station began, Wang lived in Shanghai for 10 years, first in a dorm near the printing factory where he worked. His family of four changed downtown domiciles five times before tiring of the small apartments they were only able to afford.

The family often goes to Anting Town in Jiading District, a 15-minute Metro journey, for shopping and entertainment.

“I always felt so marginalized living in a small flat in the steel jungle of Pudong,” he said. “Life is so much better now.”

Xu Chengfeng, a station staffer on Line 11, said the extension of Metro services has blurred the boundary between Shanghai and Jiangsu cities along the border.

“Almost 16,000 people a day take Line 11 from Huaqiao Station to Shanghai to work,” said Xu, who has also moved from Anting to Kunshan. “The infrastructure in Kunshan is improving.”

Indeed, a family from Kunshan can travel to Disneyland in Pudong within two hours. Tickets cost 10 yuan.

“I don’t feel like I’m traveling from a city to another,” Yin said of her commute. “The trains make it feel like we are living in one big urban area.”

Progress on intercity transport in the Yangtze Delta is continuing.

Construction on the Suzhou Urban Rail Transit Line 1 will start soon, connecting Huaqiao and Suzhou. Its completion will mean that passengers can take the Metro from downtown Shanghai to Suzhou. Will that usher in a new flood of long-distance commuters?