Edited and translated by Zhang Yang. Polished by Andy Boreham. 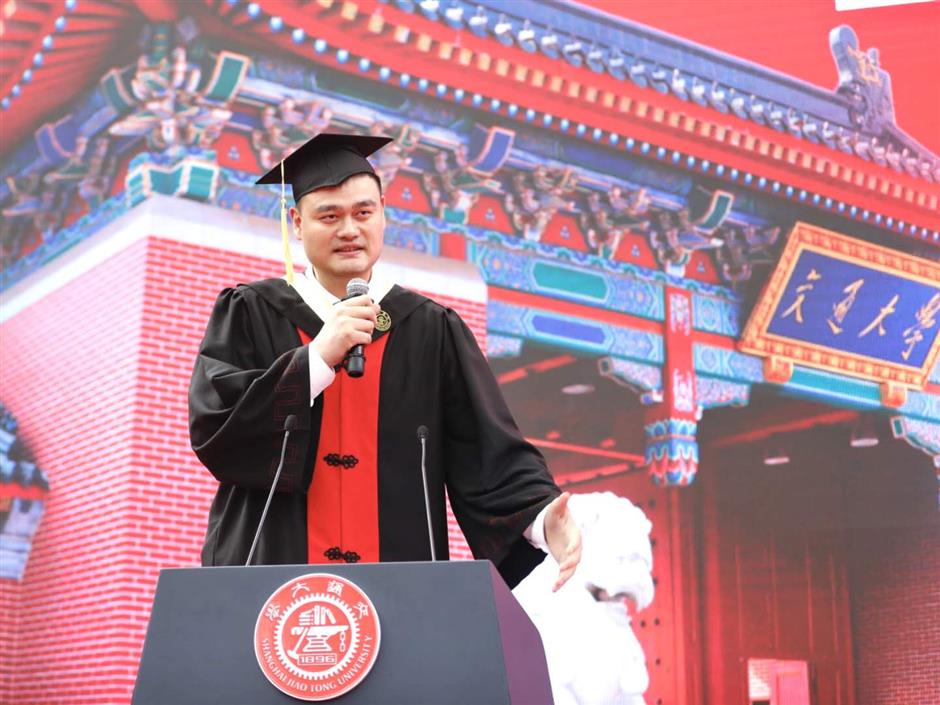 In a baccalaureate gown, Yao Ming delivers a speech at the graduation ceremony on Sunday on behalf of this year's graduates of bachelor degrees.

Yao Ming, former basketball player and current head of the Chinese Basketball Association, graduated from Shanghai Jiao Tong University on Sunday together with another 3,300 some undergraduates at the university.

Yao, 38, started his study at Antai School of Economics and Management in 2011.

In a baccalaureate gown, Yao delivered a speech at the graduation ceremony on Sunday on behalf of this year's graduates of bachelor degrees.

"I would like to thank my parents first as the reason that I decided to study at university was to fulfill my promise to them," he said.

Yao said when he signed a contract to join the Shanghai basketball team and became a professional basketball player when he was 17 years old, his parents asked him to promise that he would return to campus and finish university study after his athlete career.

"I may not graduate today if I had not made the promise," he said. "I had thought about quitting several times, especially on advanced math classes. It was the promise that kept me going on."

He said he could not understand anything at all on the first advanced math class, but had emotionally prepared for the challenge and he could eventually do it with improvement day by day.

Yao also thanked the university for requiring him to attend the classes rather than merely doing homework, though it took him seven years to finish all the courses.

He said he not only brought his ideas to the university, but also enjoyed the clash of thoughts when communicating with others.

He said the academic robe stood for not only knowledge, but also higher standards and requirements for graduates.

He encouraged the schoolmates to connect their own future with the future of the whole society so as to have a bigger space for exploration.

"The society could be as small as a family, or as big as a group," he said. "No matter how, we will learn to shoulder responsibilities beyond those for individuals."

"The future is yours," he continued. "Trust me. As a 38-year old who graduates after seven years of study, I mean what I said." 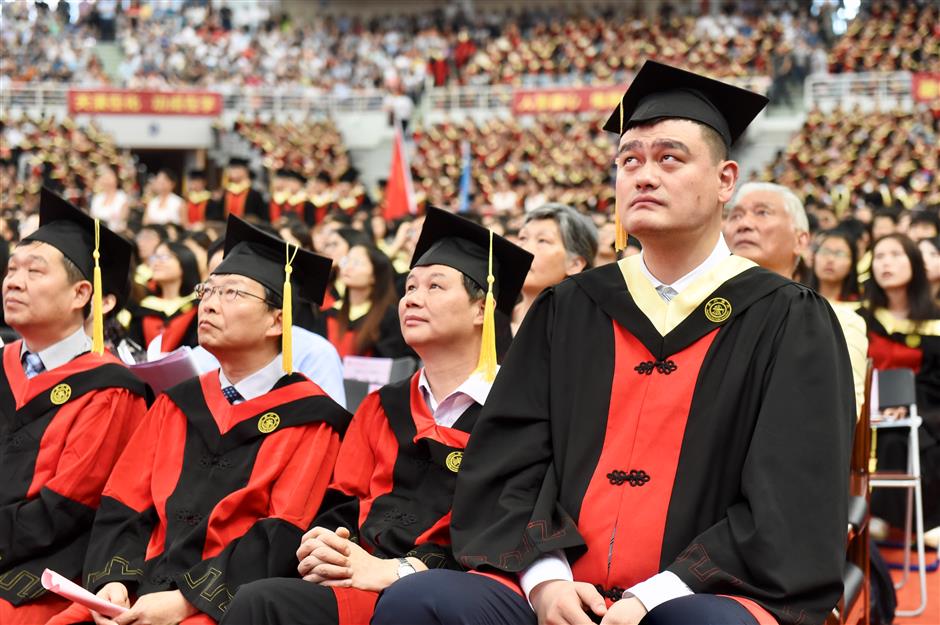