Specifically, police claim that the suspect, surnamed Wang, sold 20 authentic Tissot watches for 46,000 yuan (US$6,880) between May and June this year.

Police in Songjiang District started an investigation earlier this month when the trading company Wang worked for reported that about 120,000 yuan worth of watches in its inventory had been replaced with fakes.

The company is a watch provider to a shopping website, and the fakes drew complaints from the website's customers, police said.

Suspicion was soon laid on Wang who was responsible for transporting goods to the warehouse and the online-based vendor.

Police say that Wang had run up large gambling debts, and also owed money to his colleagues.

He was apprehended by the police on July 6. Officers say they discovered fake price tags in Wang's car, as well as fake watches in the warehouse.

Wang has allegedly confessed and said he did it to settle his debts.

He claimed that he purchased the fake watches from the Internet and sold the authentic items to a friend who doesn't live in Shanghai, police said. 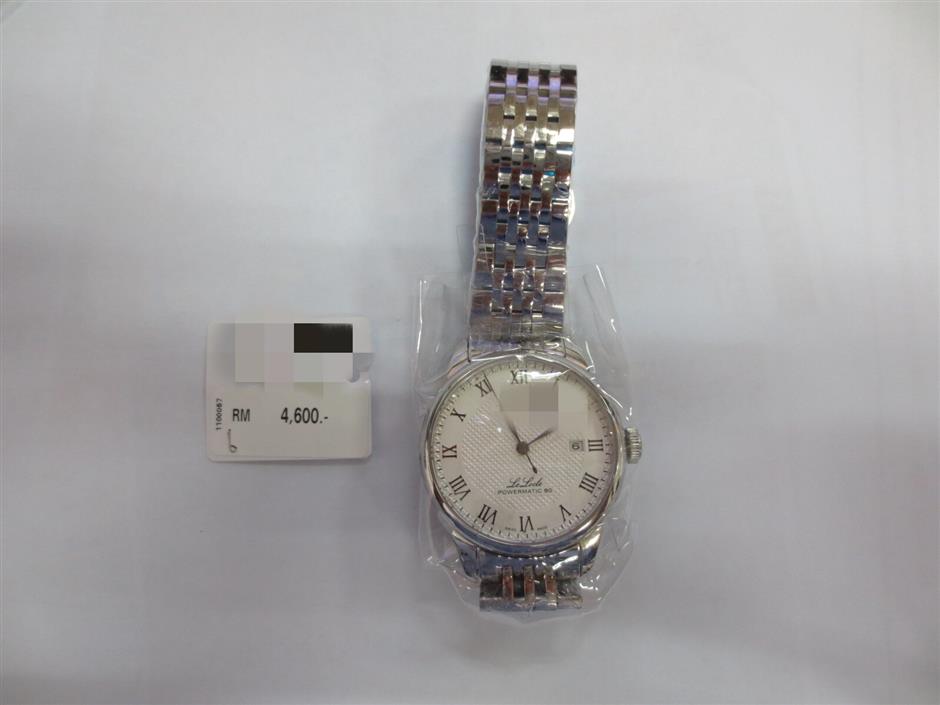 One of the fake Tissot Le Locle watches in this case.