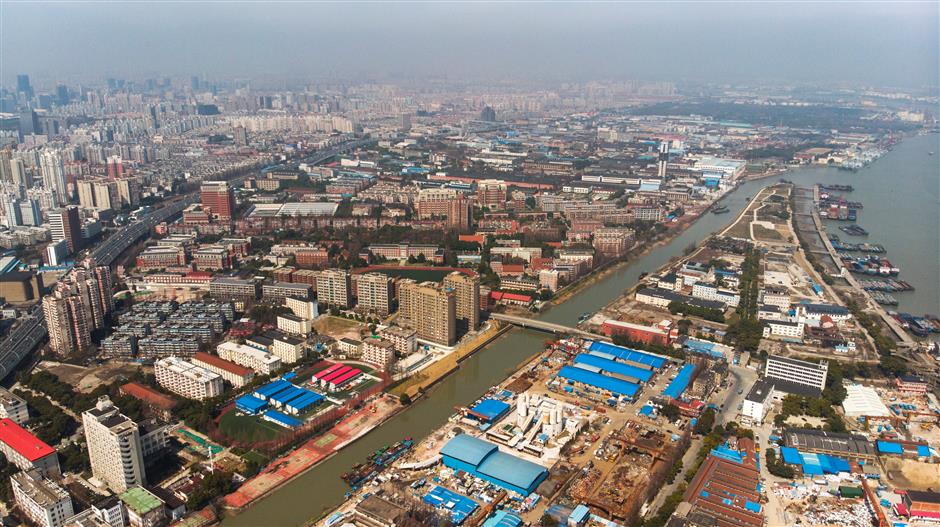 Fuxing Island in Yangpu District is the only downtown island on Huangpu River covering 1.13-square-kilometer. The island is now home to residents, factories and troops.

A campaign has been launched on Fuxing Island to clean up its environment and crack down on zoning violations, the Yangpu District government announced.

The island on the Huangpu River has a rich history and attractive scenery. Recently though, residents have complained about a proliferation of illegal structures, as well as fire hazards posed by small workshops.

At a community on Gongqing Road, jerry-built dwellings can be seen in public spaces and on the roofs of apartment buildings.

A resident surnamed Li complained about noxious open-sewage ditches built by inhabitants of these structures, as well as noise and pollution kicked up by heavy vehicles which often pass outside the community.

According to the latest master plan from the city government, the island in Yangpu District has been listed as “strategic reserved land,” meaning no major development will take place there.

“The island is just like a piece of fine cloth that the tailor must think twice about and plan clearly before picking up the scissors,” said Xie Jiangang, the director of Yangpu.

“However, the suspension on development doesn’t mean management will also be absent,” Xie said in a radio interview, in reference to complaints about the island’s environment.

Plans have been made to regulate 11 areas of concern on the island, including its water, roads, greenery and traffic, according to the district government.

Some problems will be solved by the end of year, including those related to fire risks, production safety, pollution, illegal structures and illegal parking, an official with the district’s Huangpu riverside development office pledged.

Companies based on the island will be asked to join the renovation campaign and take responsibility for the surrounding environment, Xie said.

“The district will properly preserve the strategic ‘treasure island’ for the city as well as for the future development of Yangpu,” he added. 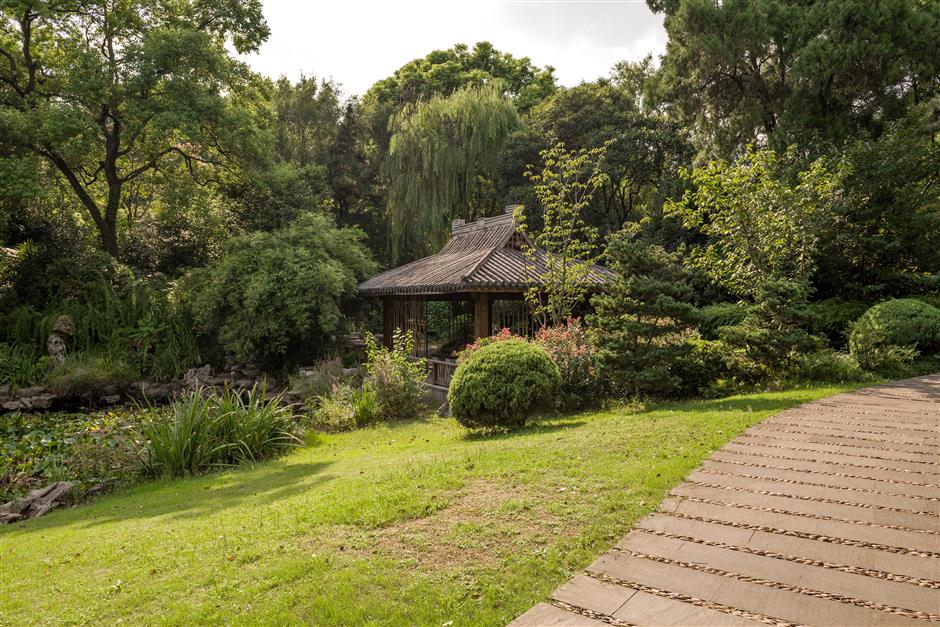 The central pavilion of the Fuxing Island Park, the major tourist attraction of the Fuxing Island. The historic Bailu or the White Cottage is on the northern end of the park where the former Kuomintang leader Chiang Kai-shek stayed from April 26 to May 7, 1949 before he retreated and moved to the Taiwan Island.