Action called on high-tech film base 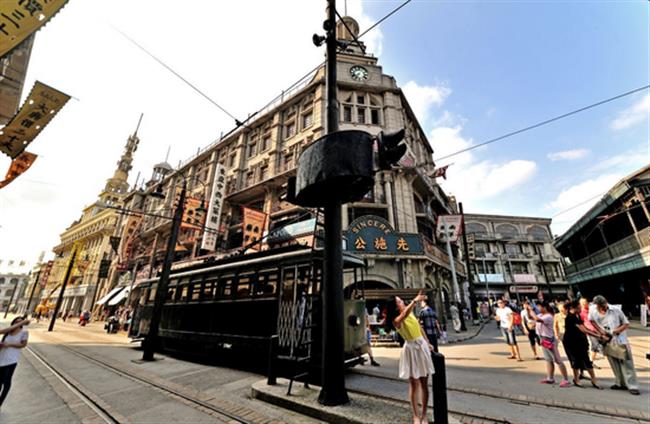 A scene of Chedun film base

Songjiang District is to become a high-tech film base to compete with the world, the authority announced at a press conference where guidelines on both industrial development and talent introduction were issued and a batch of key film and TV projects signed.

The Songjiang high-tech film base will play a strategic role in the shape of Shanghai’s film and TV industry, which is an essential part of the city’s cultural development, according to Yu Xiufen, chief of Shanghai’s administration of culture, radio, film and TV.

As a new film base, Songjiang’s main focus will be to develop the film production effects industry and extra care will be paid to build world-class studios.

Key industrial sectors, including pre-production work, film shooting, post-production editing, film projection and distribution, film and TV education, will be developed along with supporting sectors such as equipment manufacturing and tourism.

The new film base will be formed by one key region and two flank regions.

As the key region, Huayanghu Lakefront New Area will become a cultural landmark for the film base with the construction of a high-quality film and TV entertainment complex, performing venues and hotels.

The two flank regions refer to Chedun and Cangcheng towns that surround Guangfulin Cultural Relics complex and are connected by Yuyang Avenue.

With Shanghai Film Group Corp as its leading company, Chedun will be built into a film and TV town that integrates film shooting, production and tourism.

Taking advantage of the traffic hub position of Songjiang District, Cangcheng will be turned into a gathering place for film and TV innovative enterprises, a startup incubator and an education center.

The project is expected to take three to five years to complete with the base in full operation around 2025.

Songjiang is expected to attract world-class post-production technicians and film production effects researchers, educators and trainers, equipment developers and project managers, as well as a new generation of actors, playwrights, directors and producers.

Eligible talent will enjoy policy support and receive a one-off financial award amounting to 500,000 yuan (US$75,574), with outstanding teams getting awards from 1 million yuan to 3 million yuan, according to the guideline.

In addition, young directors having won domestic or international grand prizes will receive project support and rental subsidies if they open studios in Songjiang or sign contracts lasting more than three years with registered Songjiang film and TV companies and are working in Songjiang.

At the press conference, Songjiang bureau of culture, radio, film and TV signed a strategic letter of intent with Shanghai Jinpu Kunwen Investment and Management Co. The latter plans to set up an investment fund of 1 billion yuan to be used for financial service for the district’s culture and creative industries.

The film and TV industry of Songjiang achieved an output value of 30.2 billion yuan last year, generating tax revenue of over 2 billion yuan.

So far there are more than 5,000 film and TV companies based in Songjiang and four film shooting bases in the district — Shengqiang, Chedun, Yancang and Tugong Underwater film bases.

Cangcheng film and cultural park where Shengqiang Film Base is located ranks first in terms of the number of film and TV companies, annual output value and tax revenue among China’s film and TV industrial parks.

“The ancient scenes at Shengqiang Film Base are terrific. They differ from the fantasy-like architectures at Western film bases,” said Dragan Djurkovic, CEO of Serbia’s vision team, during a trip to Cangcheng film and cultural garden.

“Songjiang will seize the opportunity and build itself into a high-tech film base through more opening up and cooperation and high-standard planning,” said Chen Yujian, director of Songjiang District.