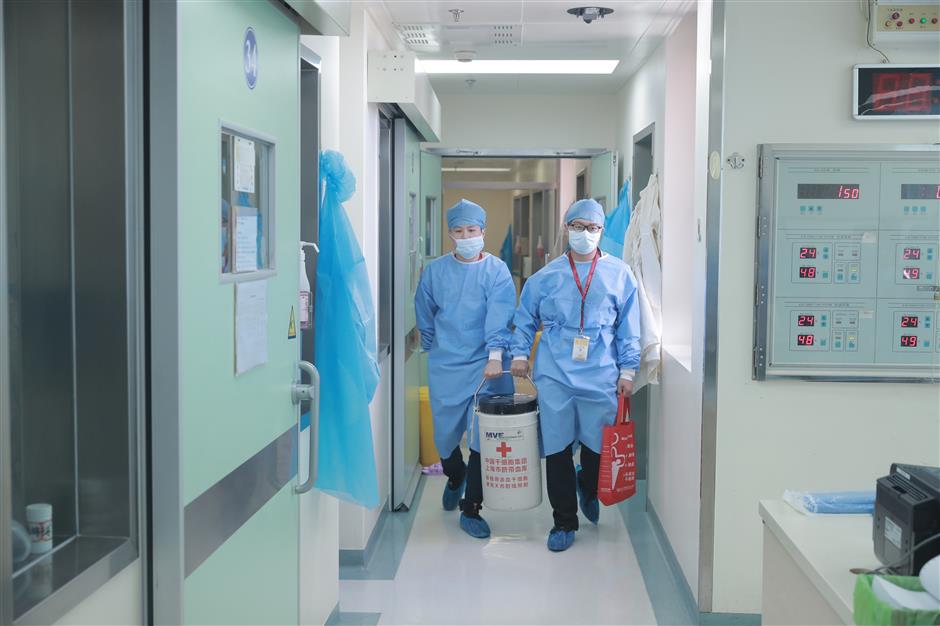 Doctors get ready to perform a stem-cell transplant on 9-year-old Lele (left), who was diagnosed with a rare immune disorder. The girl received the transplant yesterday morning, and doctors say it could take three to six months for Lele to develop a healthy immune system. 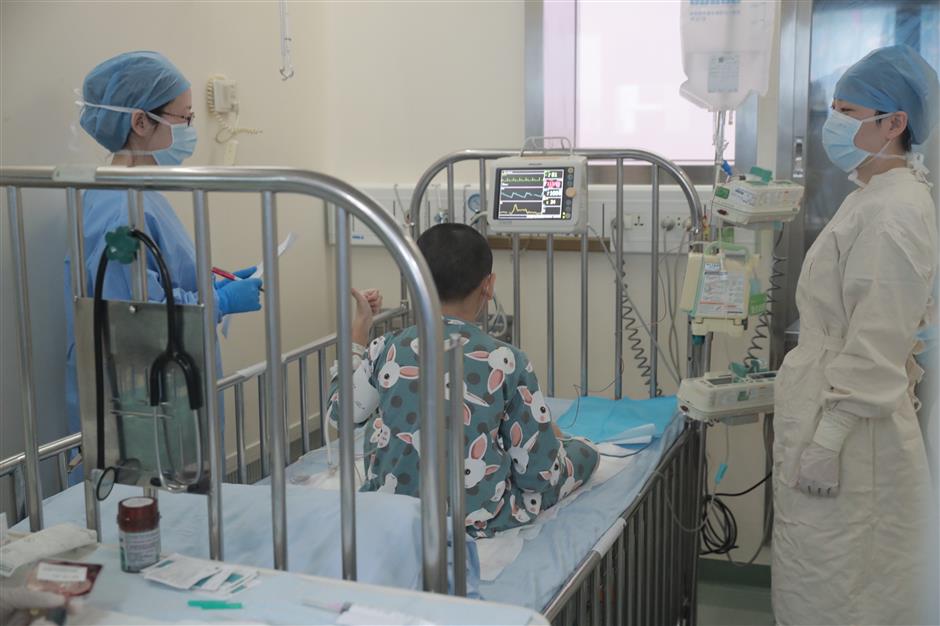 The girl, nicknamed Lele, from Zhejiang Province, had been plagued by a range of skin, mouth and respiratory maladies. Earlier this year, she was diagnosed with hyper IgE syndrome, a rare immunodeficiency disorder. Only 200 cases of the disorder have been recorded, and less than ten have been reported in China, said Zhai Xiaowen, deputy head of the hospital.

“We thought our daughter was just weak and vulnerable to getting infections. We had taken her to see medical experts on skin problems in both Hangzhou and Shanghai. But they just said she had skin inflammations,” Lele’s father said.

“We didn’t realize it was such a severe problem until she suffered severe pneumonia in May last year. She was hospitalized seven times but didn’t get better. Doctors suspected there was something wrong with her immune system,” he explained.

In April, Lele’s parents brought her to the children’s hospital at Fudan. There the girl was diagnosed with a genetic condition which causes the body to produce excessive amounts of the blood antibody IgE.

“There was no other way to cure her except a hematopoietic stem cell transplant,” said Wang Xiaochuan, head of the hospital’s immunology department.

Stem cells from umbilical cord blood are less prone to rejection than those from adult bone marrow, according to Zhai.

Matching donor cells were found on May 2 at the Shanghai Cord Blood Bank.

According to Zhai, it could take three to six months for Le Le to develop a healthy immune system.