Shanghai removes typhoon alert as Ampil moves on into Jiangsu 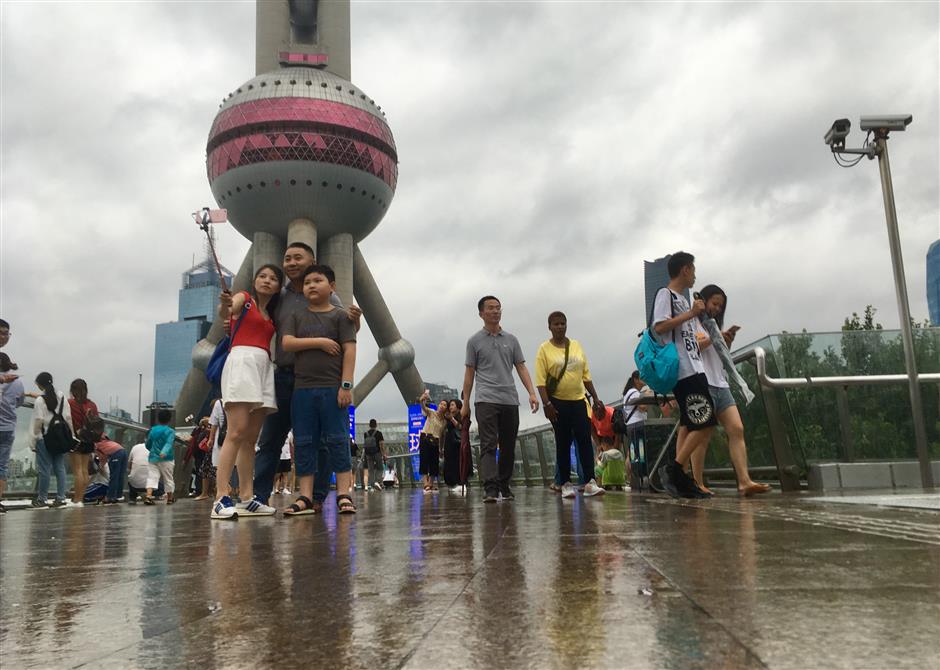 A family of three takes selfies in Lujiazui on Sunday after Typhoon Ampil moves forward into neighboring Jiangsu Province.

Typhoon Ampil made landfall in Shanghai's Chongming Island about 12:30pm on Sunday, bringing gales of up to 28 meters per second.

Ampil is the 11th typhoon that has landed in Shanghai since 1949. The last one was Fun-Wong in 2014, which landed in the city's coastal Fengxian District.

Most of the 11 typhoons made their first landfall in the neighboring Zhejiang Province, then blew across the Hangzhou Bay in a following-up landfall on Shanghai.

Ampil is among the three of the 11 typhoons that directly smashed onshore into Shanghai from the sea. The two others happened respectively in 1977 and 1989, both wreaking a havoc in the city.

Ampil is to move on its path toward northwest. Its impact is expected to taper off in the following three to five hours, estimated the city’s flood prevention headquarters. 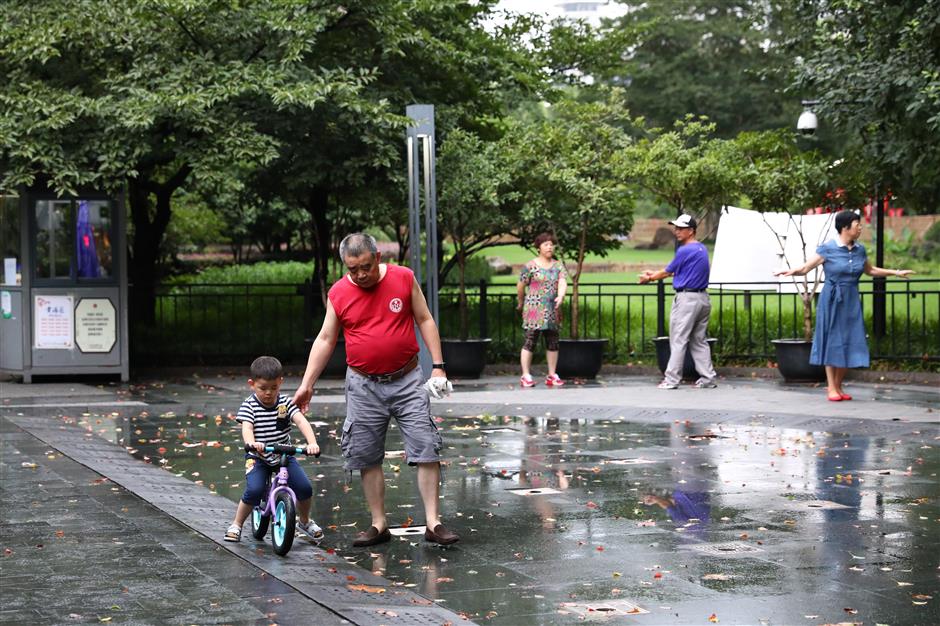 Residents take a walk after dinner in Shanghai on Sunday after Typhoon Ampil moves forward into neighboring Jiangsu Province. 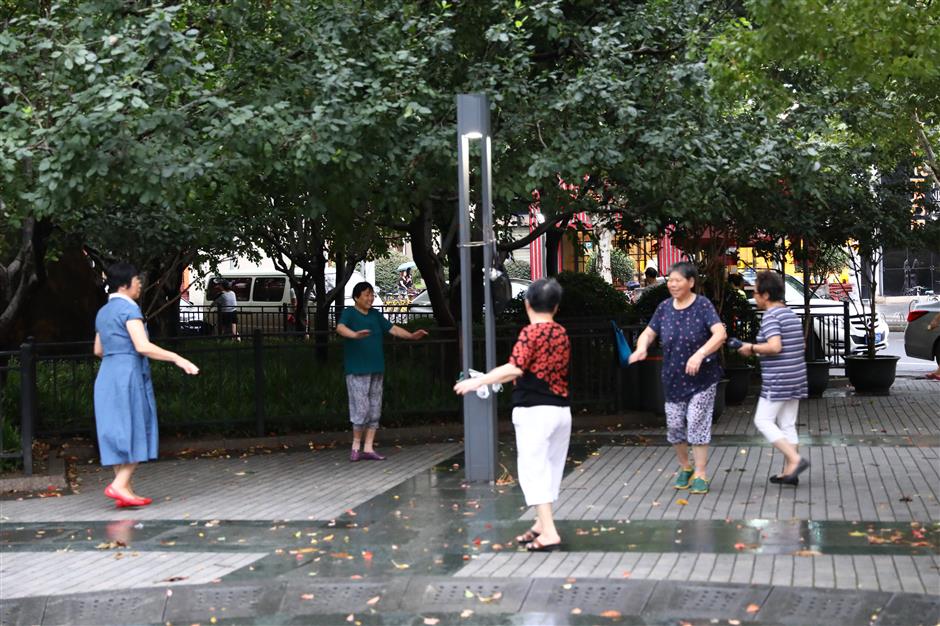 Several women gather to do exercise at a community in Shanghai on Sunday.

But local residents are still warned to brace for gusty winds and heavy rains.

At 8am on Sunday, the city’s weather authority issued an overall yellow alert for rainstorm, the lowest of the three-tier warning system, forecasting precipitation of 30 to 50 millimeters within an hour across the city.

Meanwhile, the specific rainstorm alert for the city's Chongming Island was raised to the second level of orange at 10:03am, warning residents on the island of accumulated rainfalls of 50 to higher millimeters in the following three hours.

At 10am, gusty winds at a speed of 28 meters per second pummeled the Yangshan Deep-Water Port, ranking the visibility on the waters as low.

Between 8pm Saturday to 7:30am Sunday, Jinshan’s Langxia area in Shanghai has recorded precipitation of 31.3 millimeters, the most severely affected areas in Shanghai by then.

By wee hours in Sunday, 192,727 people have been evacuated to the safe places, including school campus and community center, said city's flood control headquarters.

By 2:20pm, the Yangtze River Bridge and Tunnel were open to traffic again while all ferry lines remained shut. All bus services running between downtown Shanghai and Chongming Island were restored at 2:10pm.

Shanghai Tower, the city’s tallest building of 632 meters, has closed its 546-meter-high Top of Shanghai Observation on the 118th floor. Shanghai World Financial Center also closed its observation floor at 474 meters above the ground.

By 1:30pm, 16 attractions inside Shanghai Disneyland have closed. 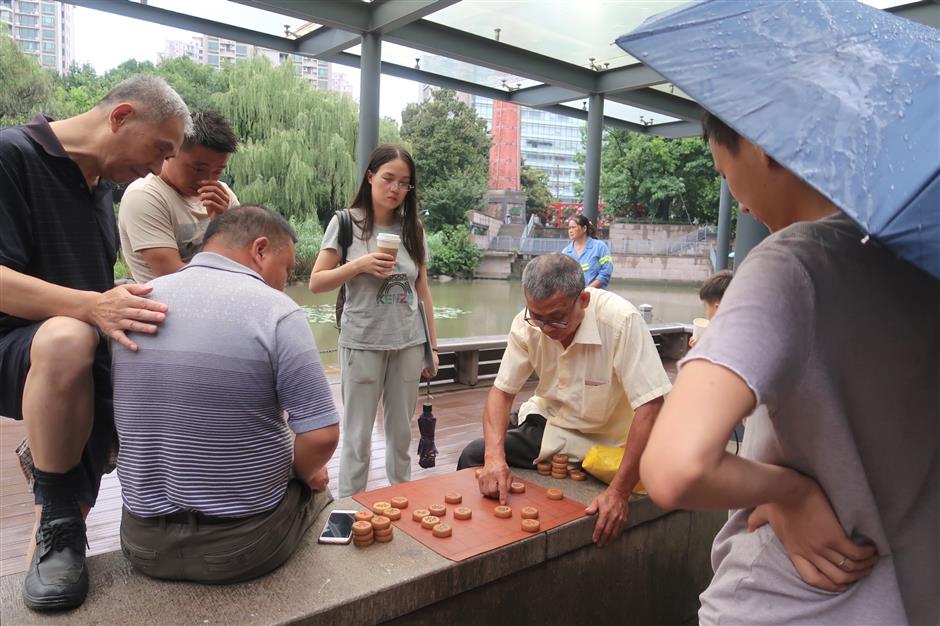 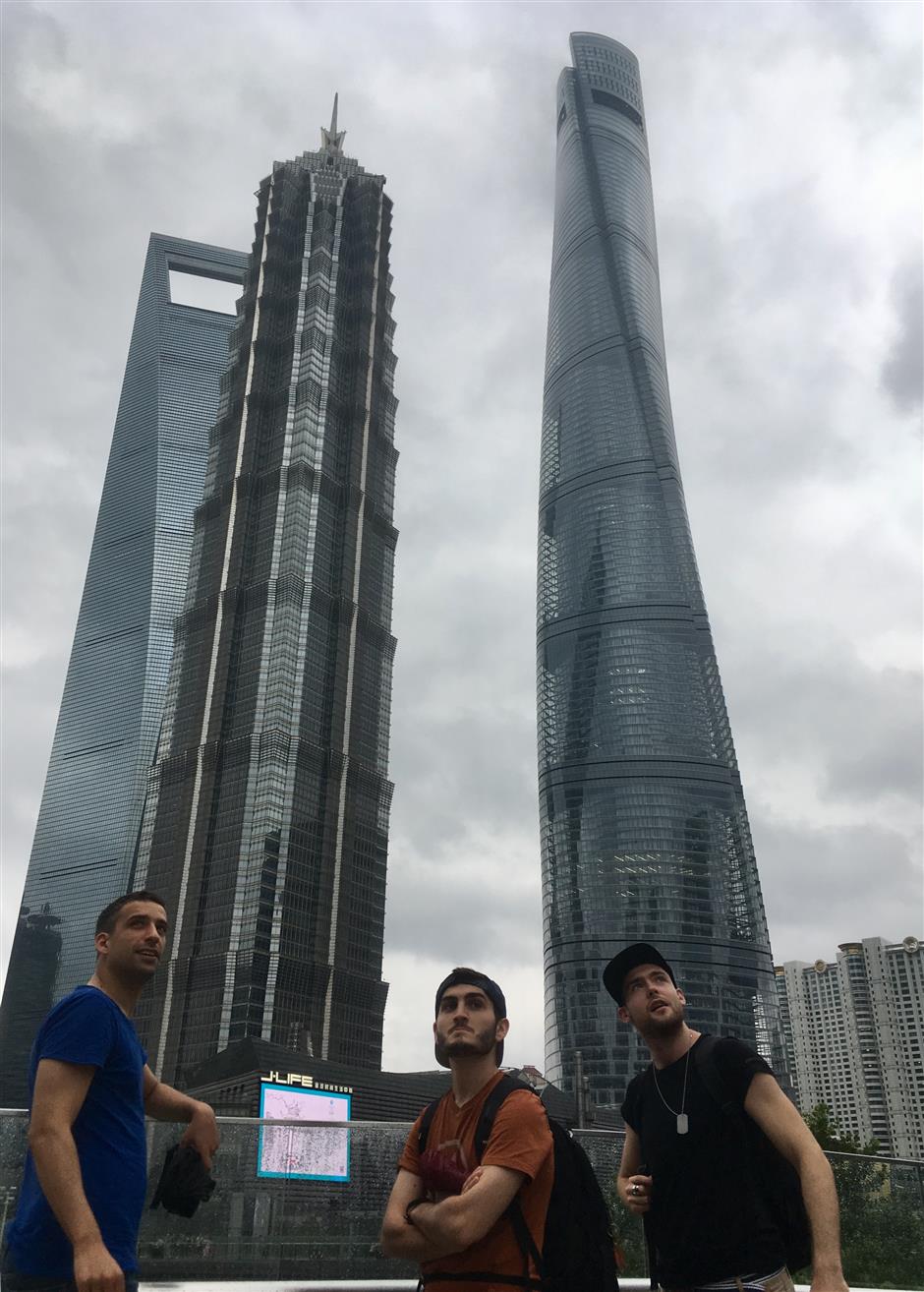 Foreigners visit Lujiazui after Typhoon Ampil tapers off in Shanghai on Sunday.

Some cramming schools and training organizations canceled their programs on Sunday due to typhoon Ampil.

TAL Education Group, famous for its math cramming class under the brand of “xue er si,” announced on Saturday night to cancel all the off-line classes on Sunday and said its head teachers would issue further notifications about arrangements for making up the canceled classes.

Four Season Education, another math cramming school, said on Sunday morning that all the classes on Sunday have been moved to Monday.

The China Welfare Institute Children’s Palace, an artistic and cultural training organization, also announced to cancel Sunday’s classes and provides tips for students and parents to avoid risks of typhoon.

Zhang Lei, a mother of a first grader, said both her son’s math and English cramming classes were canceled and the whole family decided to stay at home amid Ampil.